I had a chance to catch up with Dance Gavin Dance at Extreme Thing in Vegas last weekend.  Dance Gavin Dance is a band that’s been playing together since 2005. They’ve released six LP’s with Rise Records, five of which charted on the Billboard Top 200.

Rockwell: Hey everybody it’s Rockwell Anderson here in Las Vegas, Nevada at Extreme Thing, and I am here with?

Andrew: Dance Gavin Dance, and I am Andrew.

Will: I’m Will, I play guitar.

Rockwell: What’s new for Dance Gavin Dance? What have you been up to and what’s going on in 2016?

Will: A week ago I saw Batman Vs. Superman and I did not like it. That’s been my most recent development in life. I got a new girlfriend which is really tight, but that movie was awful. And also, we have a live album coming out in May which is great. And a full-length coming out in September. Two releases this year.

Rockwell: It’s the number one movie worldwide, yet everyone hates it. I wish I could create something like that. Everyone hates it but it’s making hundred of millions of dollars….

Rockwell: For those who aren’t familiar, and haven’t seen you guys live, what’s the live album going to sound like?

Andrew: It’s called ‘The Tree City Sessions’. It’s all mixed and produced so it’s good. Way better than the last one.

Will: Yeah just like the show. We did a live album where they actually took a feed from the board and it ended up sounding real crappy. So this time we did it in the studio, just so people could actually hear it. You don’t get the audience factor, but it’s better.

Rockwell: Kind of like “KISS ALIVE” back in the ‘70’s but they added the audience.

Will: Yeah, but we don’t have the audience backtrack.

Rockwell: For those who don’t know you, what’s Dance Gavin Dance all about?

Will: Just a mixture of throwback to bands like the Blood Brothers, The Drive-In… mixed with like a progression of where music is going and also exploring where it hasn’t been with really good musicianship and singing and care to structure that a lot of bands don’t get. We’re a real band who cares about the music and is doing something that’s actually gonna get an impact from someone who’s honest and actually driven. Not a peice of crap with a bow on it like half of the stuff out there right now.

Rockwell: So your fans, what other bands are they typically into?

Andrew: I would say any good post-hardcore bands from the 2000s era.. Circa Survive and Thrive fans. Weird, techy, good vocally composed shit.

Rockwell: And who are you guys fans of?

Andrew: All those bands I just mentioned.

Will: I listen to pretty much everything, but when I sit down to write it always turns out to be heavy.

Rockwell: Speaking of the Deftones, we just covered them at a music and tattoo festival called MUSINK. Let’s talk about your ink. Tell us what you got.

Andrew: I just started getting tattoos last year. The very first tattoo I got is this one, which is the seventh chakra in Hinduism. The second one I got was a moral compass; a duality compass. I got my first half sleeve piece not too long ago. It’s a (musical) piece by Hans Zimmer. The last one I got was a tour tattoo. I got it on our first US run with my other band that I sing for. I got a tour tattoo on that one just to signify a good time.

Rockwell: Do you have a Sacramento-based artist that you use for most of your work?

Andrew: Marcus Judd. He used to live in Salt Lake City where I’m from, and he moved to Denver not too long ago. He did most of my tattoos. I’m gonna continue to go back to him until I can get both sleeves done.

Rockwell: Music and tattooing go together in your life. What do you plan on getting next?

Andrew: I’ve debated that for a while. I think that’s why I haven’t gotten anything new in a little bit because I’ve just been debating what I want. I’ve always wanted to do my calves; to get all seven chakras on there. Also, one of my favorite singers, Anthony Green, he has a candle burning at both ends tattooed on his arm. I basically want to get that same tattoo on my calf down here. Definitely filling in these sleeves. I was actually going to get a Dance Gavin Dance tattoo right here; the robot, and then also a Circa Survive tattoo right here.

Rockwell: So you’re getting one of your influences tattooed on your skin?

Andrew: Definitely. They impacted my life pretty dramatically when I was younger, going through a lot and a kind of a broken home situation. It really helped me personally find who I was and pursue music.

Rockwell: That’s a great story. Thank you guys for your time.

Check out Dance Gavin Dance on all their social media haunts and pick up both new albums later this year. 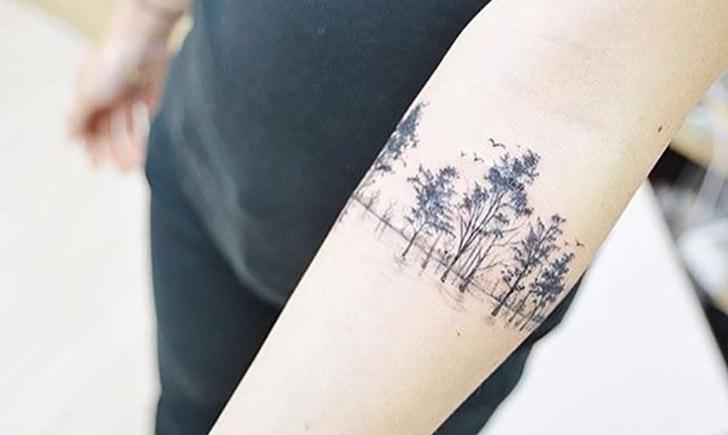 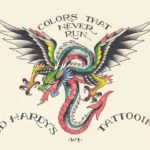