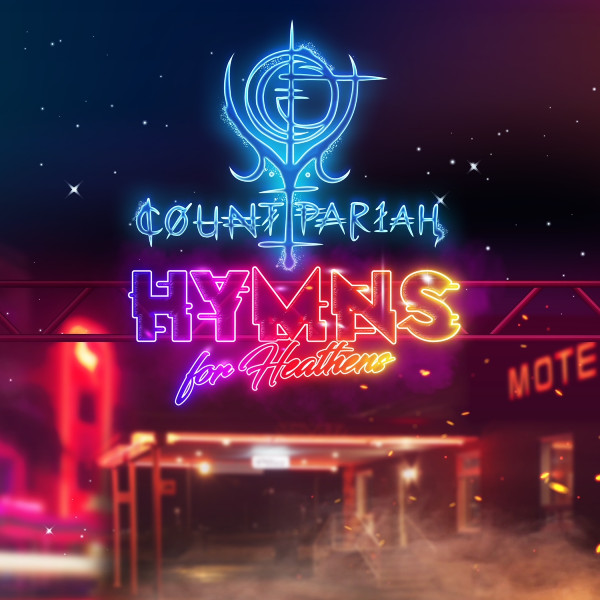 Count Pariah explains their unique name, saying, “By definition, the count is of nobility. A pariah is a social outcast. We like to look at ourselves as the kings of the outcasts. That’s who we are. We don’t play by your rules. We don’t let big money and big music tell us what we can and can’t do. We do what we like because the passion is there. The passion is in the music.”

The animated video combined with the edgy muscle of the music delivers a potent audio-visual experience mirroring the terror and suspicion enveloping the song.

Set in an asylum, the visuals depict Count Pariah imprisoned in their own minds, with the lyrics covering the walls and windows of the institution. Eventually, someone gives Count Pariah medication to relieve their suffering. The tablets reflect their instruments, implying that music will free them.

Tattoo.com spoke with Count Pariah to discover more about their music, how the band formed, and the inspiration for “Paranoia.”

The music was written before the lyrics. It was a culmination of the feeling the song gives mixed with the atmosphere of a society going through a pandemic.

Who directed the video and where was it shot?

Well, it’s animated so it was more drawn than “shot.” The director’s credit goes to Jess Roberts, the creative director at LyricVids.

How and when did Count Pariah get together?

Count Pariah got its official lineup in February of 2019. Jason and BiRD had played together for several years. Shibby joined in September of 2018, followed by DB in February 2019.

You have a new EP, ‘Hymns for Heathens’ (H4H), releasing soon. What can you share about it?

We feel ‘H4H’ is the most evolved music we’ve written to date. It’s a wild ride from the first to the last song. We left no stone unturned from the writing process all the way to the mixing/mastering. We are incredibly proud of the album and can’t wait for everyone to hear it.

Authentic. It’s a nod to the rock and roll of the past. You can hear influences from almost every musical genre and decade. The beauty of it is that the four of us all had very different musical experiences and tastes and you can hear that in our sound.

100% natural. Our sound is trust in each other. We never tried to mimic any other groups; our sound comes from our members having their own flavor. Count Pariah’s “sound” is each member trusting and encouraging each other to do their own thing.

We draw inspiration from each other. Constantly sending ideas back and forth until something comes to light. In our daily lives, each member may get inspiration anywhere. That idea is usually brought to the table, and then we get to work.

It almost always starts with a guitar riff. Jason is the hardest working musician you’ll ever meet. Those early ideas then go to Shibby. If something grabs him, and he writes to it, it then comes to the rhythm section where we really start to dissect and dig in. Every song you hear today has undergone rigorous treatments to get approval from each member.

Shinedown’s new album is crushing. Post Malone, Dua Lipa, and Red Hot Chili Peppers, all are doing big things. Rock seems to be making a serious comeback as of late, and we’re here for it.

Three of us have ink. BiRD has the most. Our favorite tattoo is the NEXT ONE.

Gigs. ‘H4H’ drops on September 9th. We’ve been in the studio and are already working on new material. Stay tuned. 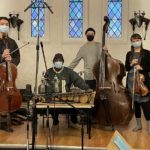