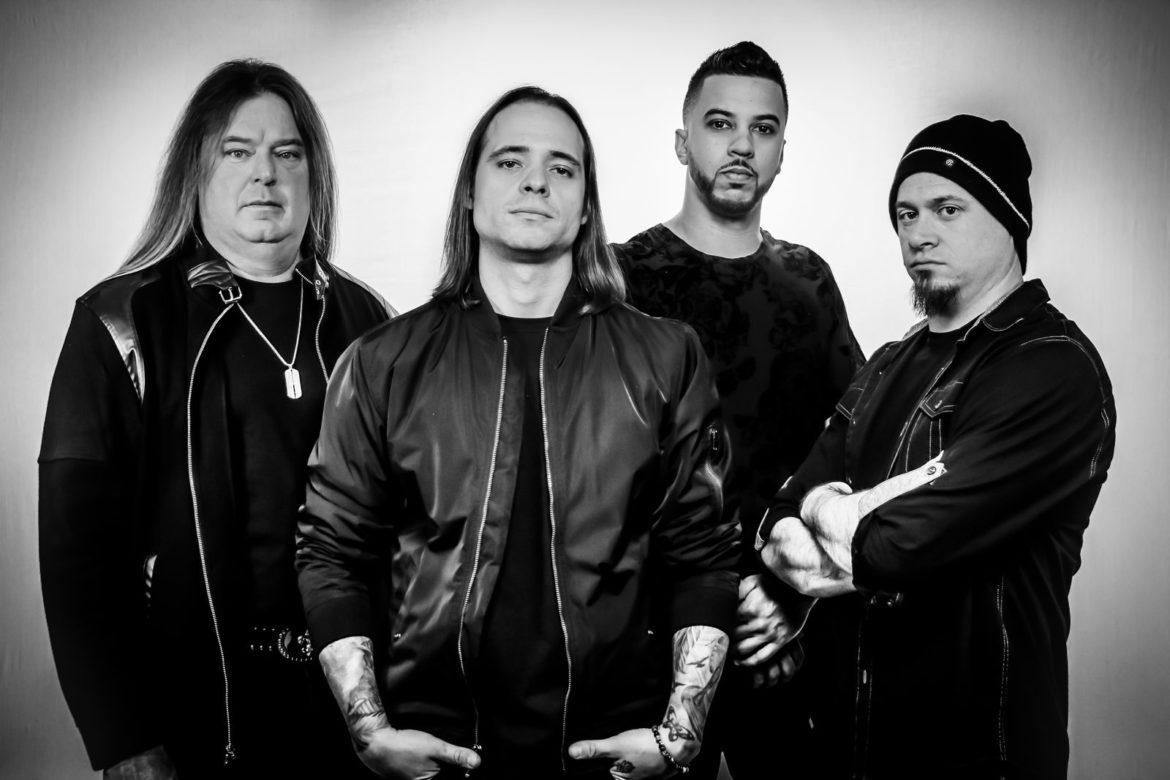 The way the band got together conveys hints of foreordination, as if the Gods of Rock intervened. Dustin Hites (vocalist) was performing at a venue in Ohio, when a friend of Johnny Krill (guitar) heard him. The friend called Johnny and, holding up his smart phone had him listen to Hites sing. Later, the two hooked up, followed by laying down tracks at Soup Can Studio, followed by auditions for a drummer and bassist.

Tattoo decided to sit down with Seven Past Sunset simply because they have that special aura about them – you just know they’re going places. Their sound is viscerally powerful, and they project presence.

What’s the band’s musical backstory? And how did you come to get together?

At the time Dustin had launched his own successful solo career, annually performing over 150 shows all across Ohio. Johnny was on hiatus from my previous band Breaking Grace, when longtime friend and former booking agent happen to catch Dustin at a local show. He was so overwhelmed by his performance he called Johnny and had him listen on speakerphone as he finished his set. The following week the two met up, began discussing their future aspirations, and soon joined forces.

They began rehearsing and combing their catalog of songs. They came up with seven that they decided to record at Soup Can Studios in Detroit with producer and engineer Andy Patalan. The band’s self-titled debut CD was mixed and mastered in late 2018 in Windsor, CA at SLR Studios by Martin Bak.

The studio lineup included Brandon gill on drums and Randy Johnson on bass. After the recordings were completed, new auditions were conducted and the former front man of Breaking Grace, Jeremy Rober was brought in on bass and vocals. The final piece of the Seven Past Sunset puzzle was local drum sensation, Scottie Vinning, formerly of the band In Theory.

Who is in the band (names) and what instruments do they play? Who is the lead vocalist?

Does the band run like a democracy, everybody has a vote and majority rules? Or is it a benevolent dictatorship? Or something in between?

We all sit down at the table –“ King Arthur style” – everyone has a voice and we collectively decide what bridge to cross next or most importantly what castle were going to conquer!

We plead the 5th on this one, LOL.

What are the five things you can’t live without?

Oxygen, writing music, Tacos and Family! Not necessarily in that order!

“Kiss from a Rose” by Seal.

What is your musical background?

We all began playing as kids. Many things have shaped us mostly the melodies!

B.C Rich Wave. My Guitar instructor “Jeff Kollman” had one and he let me play it. I loved the body style, design and the play factor was killer! 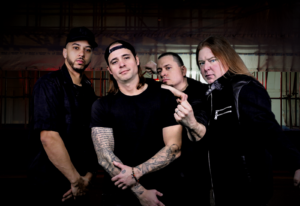 What kind of drums and cymbals does your drummer play?

What’s the story behind the band’s name – Seven Past Sunset – and why it was selected?

Truthfully it means whatever you want it to mean, it’s a question we really never wanted to answer and let people make their own conclusion. But if we had to say – “It’s when shit goes down.”

Where do you find inspiration for your songs?

In ourselves and in other people. We write about real life events that have moved us in some way or another!

What is your songwriting process? Does the music come first and then the lyrics?

It goes back and forth on this.  It could be Dustin has all the lyrics and melodies written or sometimes the band has a catchy riff and we build on that!

I really like your new song, “Overwhelmed,” and the video. What inspired the song?

The daily struggles that couples tend to face when they are a part of a failing relationship.

Will you be touring in the near future? If so, where?

YES. We are currently playing regionally and are working with a few agents on a national tour this summer!

It’s presumptuous to ask at this point, but when might listeners expect new music?

Our self-titled debut CD is coming out this summer and we plan to release a second single and video in June!

Are you back in the studio now?

We are working on our second album which we plan to start recording late 2019 with a projected release for summer 2020. 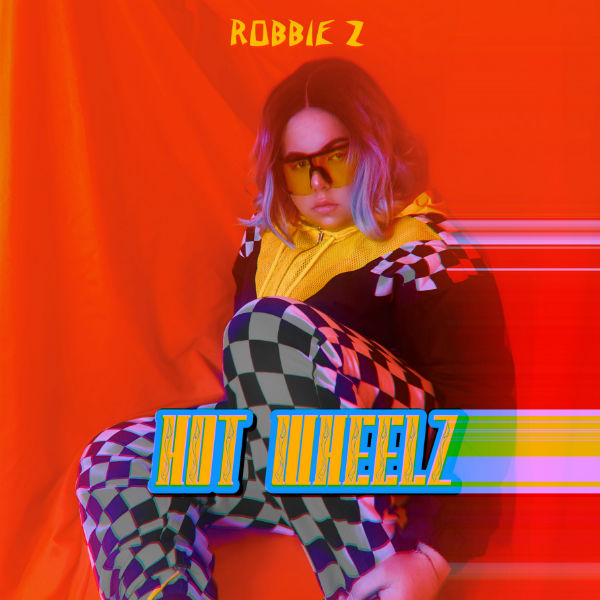 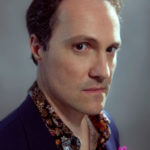 Tattoo.com Interview – Them Evils at Aftershock...