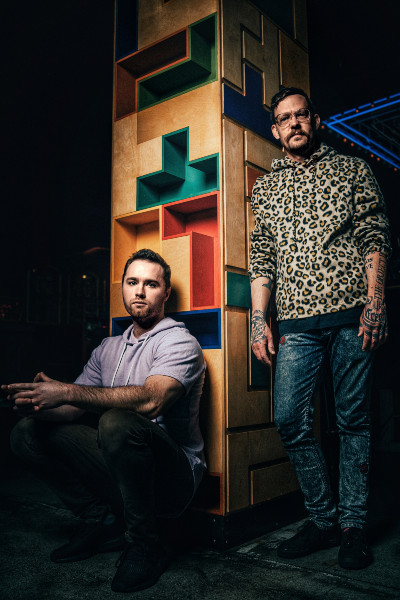 Made up of Ezekiel Morphis and Jonathon Bruhin, Body Salt’s sound merges elements of pop, electro-pop, and gleaming progressive sheens into seductive sonic concoctions chock-full of exquisite lyricism. There’s an alluring magnetism to Body Salt’s music, fusing the simplicity of pop savors with the surging complexities of electronic symbolism.

The duo sat down with Tattoo.com to talk about their influences, how they got together, the evolution of their tone, ink, and what they’re doing during the Coronavirus lockdown.

Lately, for Jon, it’s been Illenium’s “Good Things Fall Apart” with Jon Bellion. If he’s feeling more introspective it’ll be some Postal Service. Ezekiel is partial to giving Dashboard Confessional a run for their money when he sings “Vindicated.” If he’s feeling particularly fabulous he’ll run a bubble bath and throw down some Sia – “Chandelier.” However, like all people, it depends on the day!

That’s like asking someone which flavor of Gatorade they prefer after wandering in the desert for a week. If we have to say though, Seven Lions is up there. Ezekiel will always throw out Elliot Smith somewhere in the top tier. Honestly, if you asked us at different moments to throw a name out we would have one for that time. We are obsessed with music and songs and artists, we truly cannot answer definitively. If we answered with just one, we would neglect some incredible music makers!

Ezekiel has been writing, singing and playing the guitar for years. It was his way of escaping and creating beauty amidst struggles throughout his life, then became much more. Jon accidentally discovered producing in his 20’s when his love for EDM got him curious about how it was made. After that, he fell in love with the piano and just kept growing.

It’s so varied.  From Elliot Smith to Tupac, Oldies classics to country, Bright Eyes to Sia, Dashboard Confessional, the Used, Damien Jurado, Portis Head, Death Cab for Cutie, and the list goes on. Newer artists also inspire us to create. Acts like James Vincent McMurrow, Dermot Kennedy, Daughter, Phoebe Bridgers, etc. If you look at the longevity of bands, Coldplay is very impressive and is one that stands out in that regard. Their performance of “Fix You” live at Glastonbury was such an epic moment. Radiohead is another pioneering electronic artist that has inspired us and paved the way for progressive music in 2020. In Rainbows might be one of the best albums ever made. On the electronic side of things, Deadmau5 has been an iconic figure for us in the rise of EDM music. Jon’s first electronic show was Deadmau5’s 4×4=12 tour, which was the reason he started making music in the first place. Seven Lions is also hugely influential for us as a producer. No one in the world can replicate his style and translate emotion the way he does with sound. Not necessarily an artist, but equally as influential for us, is the sounds and music found in nature. We think it’s important to embrace our roots, surroundings, and influences in order to grow as much as possible and reach a diverse audience.

How did Body Salt come to get together?

We both met through our mutual friend Phil. We were out playing darts and drinking beer at one of our favorite local dives. We all went back to Jon’s afterward and discovered that we both made music, be it in very different genres. Once we listened to some of our previous work and realized neither one of us was horrible, we started working on our first track that night. We threw down a couple of vocal lines and started making some beats. Pretty soon we saw the potential though, and a couple of months later we reconvened and spent a month locked in Jon’s decrepit basement studio apartment putting together an EP. It was a whirlwind of burritos, beer, and some left-field musical ideas. We’ve been obsessively grinding ever since.

What inspired your latest track, “Please Avoid Your Grave?”

“Please Avoid Your Grave” was born from love for another and the desire for that person not to perish in any manner; emotionally, spiritually or physically. The song alludes to the absurdity of life. It’s a love ballad meant to evoke feeling with its thoughtful lyrics, huge drum beats, and memorable synth melodies. The song is a reminder for people to always look for the beauty in every moment and to truly cherish those we love. There is a very clear exposure of our mortality in this song as well, this points back to the importance of simple profound connection and cherishing those moments we have with the ones we love. 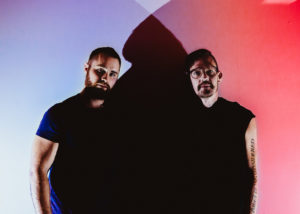 How do you define tone?

Jon used to have a piano teacher that was living in the wrong century. She didn’t have a cell phone or TV, and lived in this old Victorian house with gorgeous pianos. She always used to talk about Timbre, which is the classical term for tone. That got him curious about how sound has developed in music over the years and got him thinking about how different instruments sound. Tone has also really defined the way Body Salt thinks about sounds and how to communicate our feelings through those sounds. We will write something and then play it on different synths or instruments and it will totally convey a different feel with whatever it is played on. It’s so important to think about how much your sound quality and vibe contributes to who you are as an act, and it’s helped us really define our identity in music.

Body Salt is evolving. Becoming more complex and simple all at once. We’re getting better as instrumentalists, sound designers, vocalists, songwriters and sonic curators, which help us tell our stories in different ways. We’re also getting better at saying more with less. If we can convey the same message vocally with two words instead of three, we strip it down.  If we can have the same impact with one synth instead of two, we cut it out.

What’s the story behind the name Body Salt?

It was the name of the first song we created and we loved it so much we decided to stick with it. To us it was always a reference to human existence, hard work, relationships, birth, death, strife, beauty, and our connection to the Earth. It always felt very real and gritty. Very much like us.

We have always felt an insatiable drive to build and create things. For us, music is a part of our genetic code. It feels like a necessity, like food or shelter. It’s also the way we give. We create and share, and hope to benefit others.

Does either of you have ink? If so, do they have special significance?

Jon’s still got virgin skin, but there’s talk of a sleeve dedicated exclusively to esoteric Harry Potter references and Ableton keyboard shortcuts. Ezekiel has “job destroyers,” hand tattoos and a neck tattoo, so now the career options are limited which is why he grinds so hard on music.  All of Ezekiel’s tattoos were very thought through and executed with intention. One that reads: “The object being considered” on his left arm refers to objectively considering oneself in all flaws and beauty alike to consider another. The word “create” on the top of his left hand symbolizes the notion of creating diligently with your hands, and then turning your hands over in order to give your creation to the world. There’s many more but you’ll have to buy him dinner if you want to know all about them, this is getting rather personal. Tattoos have been shields, pillars of hope, accountability partners, beautiful art, etc. for Ezekiel. He views tattoos and their creators with the same respect and admiration as song creators and their songs.

We’ve been more productive than ever. We’re taking this time without societal distractions to create as much as we possibly can. We’re planning a series of singles that we want to release in the next few months. We are working with some ideas for new visual content. We’re inherently optimists and realists and believe that times like these strengthen humans. Despite all the negativity and struggle, it forces us to focus on the things that really matter and to work harder to achieve the things we believe in. Hopefully, everyone is creating and embracing the ones they love. It’s also a wonderful time to get back to being connected to nature, the original song designer.

Looking to the future, what’s next for Body Salt?

We are constantly being flooded in our minds with new melodies, words, and sounds. We are creating more music steadily. We’re trying to get our music to as many people as we possibly can. We believe in what we’re doing and we are relentless about getting it to more people. For us that looks like promoting non-stop, finishing as much music as we can, and hopefully touring soon. We will continue to give the best gift we can, which is of course music. 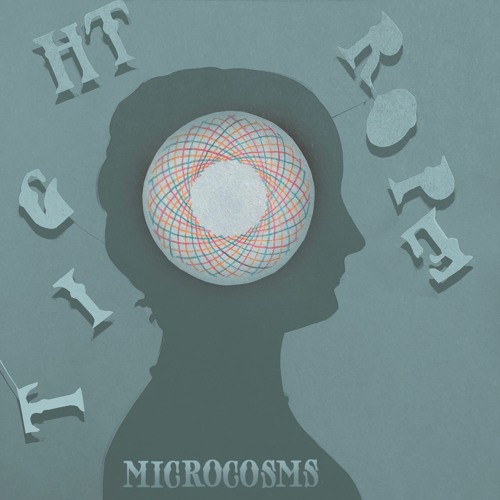 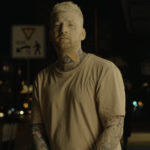