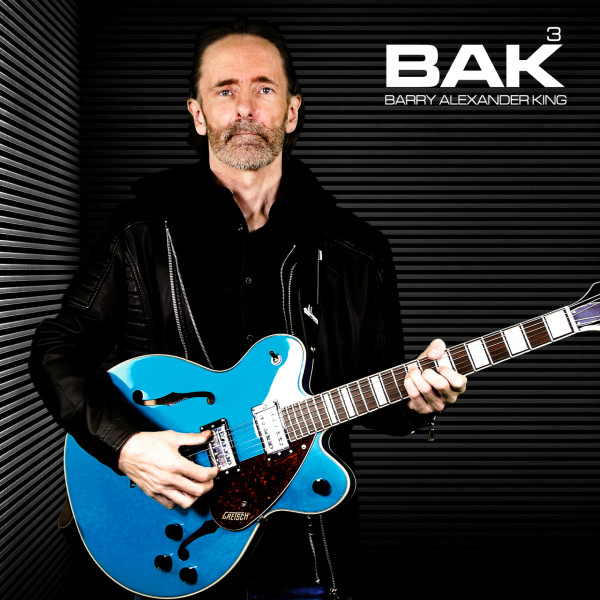 BAK3 is a grand album, full of alluring melodies, contagious rhythms, and sumptuous layers of sound. Highlights on the album include “Facetune_Autotune,” “Can’t Take Anymore of You,” and “Try to Carry On.”

With two previous solo albums, Leave It All Behind and Break Down The Borders, Barry’s sound continues to evolve and generate delicious fresh, sonic textures.

Tattoo.com spoke with Barry Alexander King to find out more about the person behind the music, the inspiration for BAK3, and how he got started in music.

For me, it’s more of a question of what COULDN’T I live without. For sure I cannot imagine a life without my wife & daughter. And as a third choice would be music & not being able to create it. It doesn’t matter who you are, how rich, talented, or destitute no one will have a truly perfect life. In our western protected, privileged lifestyle we could surely learn to live with much less. Just recently while traveling I got sent to a Quarantine facility that had very basic living conditions which may have shocked many people used to our usual western comforts. However, having cold water, basic food supplies, no air conditioning, no internet & strict quarantine regulations made me realize that it’s easier to adapt as we imagine. The experience took me back in time to my student travel days and was quite liberating giving me peace & quiet to write on my songs and various projects.

What inspired your new album, BAK3?

After already having released 2 solo albums (‘Leave It All Behind’ 2019 & ‘Break Down The Borders’ 2020) I still had plenty of songs written or half written I just wanted to get out there, so it was a natural progression. There were also so many ideas I just needed to write about so even after finishing a batch of songs and feeling I had had enough for a while after a few days’ rest I would again start collecting new ideas. Besides our planet Earth seems to be in a very strange, fragile state now so as a writer, songwriter, and filmmaker it should be easy to gather inspiration from so many sources

I was a bit of a late starter and had my first musical experiences at college when I was 18 or 19. A year later I took a gap year before university and while traveling I met a guy on a European Interrail trip and ended up busking with him for more than three months in the Greek islands which was a great way to learn the basics.  We were playing for holidaymakers who were very generous, so we made enough every day to continue our travels. After that defining experience, I joined a couple of bands, learnt my craft slowly but surely, and after many frustrations with various bands finally took the plunge in 2019 and decided to try my luck as a solo artist.

I was born and brought up in the very quaint city of Lincoln in the county of Lincolnshire, UK. We traveled quite a bit during my childhood and lived nearly 4 years in Sierra Leone West Africa. Summers were often spent time in Ireland (Co Cork) at our grandparents. Recently I re-visited these places and Sierra Leone seemed so surreal and has so many lasting memories.  After dropping out of college and moving to Germany with one of my earlier bands I settled here and in 2017 I decided to take the single Irish citizenship and never bothered to renew my British passport. Now I spend most of my year in Germany but several months in Malaysia where my wife originates from. I often ask myself where I am from and in the last few years, I feel I have become more attached to Malaysia.

To be honest, so far, the only song that I have written and recorded which has elements of my hometown and growing up is “Going Home” from the 2020 ‘Break Down the Borders’ album. As I haven’t finished writing yet there could be some more hometown songs in the pipeline in the future, who knows?

Which singers/musicians influenced your sound?

Growing up, I always seemed fascinated by a lot of US bands/artists like Hall & Oates, The Eagles, Jackson Brown, Earth Wind & Fire but The Beatles, David Bowie, Fleetwood Mac, and Crowded House were also definitely a major influence in my musical development. However, to this day when I finish a song, I find it difficult to hear other artists in my songs. Sometimes someone will comment that a part reminds me of another song but for me, they sound like me, whether that is good or bad is for the audience to decide.

Pop/Rock/Indie. I usually assume then folks will get the message. I don’t want to sound too mainstream, but it is sometimes difficult to put labels on music as there are so many in-betweens.

In my relatively young solo artist career, it may be also a wee bit pretentious to assume that I even have my own sound. I will leave it up to the listeners/followers/fans to decide that. But having said that when I am writing/recording I don’t mess around too much looking for endless sounds (maybe I should lol!). If I find something I like I don’t hesitate too long and if my instinct says it fits, then that’s what I choose. There is just so much recording software/hardware out there today that making choices about how something should sound can be very difficult indeed. Besides if it’s a good song it will sound good on a piano or guitar and a single melody.

As for the direction, I just followed my musical instincts which I had often ignored (or was forced to) being in bands. I always loved tight vocal harmonies and that is something I really try to develop in my material. Usually, I do all the lead and background vocals (except in the 2019 ‘Leave It All Behind’ album where I had some help). I record practically all the keyboards and some of the guitars. I have a great bunch of guys who play on my albums who are from Louisiana, Justin Lewis on guitars, Brandon Trent/Charlie Broussard on bass, and Brian Petry on Drums. Fantastic musicians and great guys who have become friends. Mixing/Mastering/Co-Production has also been done by Tony Daigle, also from Louisiana. On my current album BAK 3 I even managed to acquire the services of US-based British producer Killian Cruiser who gave me a whole new angle to work with.

Writing is indeed being inspired and I would say my biggest influence in recent years has been social media and its reflection on our current-day societies. Several songs on BAK3 are inspired by the influence of sound and visual perfection in today’s media. From vocal tuning to face tuning it seems so natural to produce a perfect product devoid of any flaws. Social media has also created a mass of people determined to get their opinions (or in some cases Dogma) across in an often-aggressive tone. Respect for other people’s opinions seems to have been lost to the point where people will bombard each other with virtual insults. People have always disagreed but smartphones, Facebook et al have caused a drastic overzealous and fanatical overflow of “Keyboard Warriors.”

Human relationships also contribute to writing and even when things are going well people can still tend to worry about what might happen if they lose it all.

The process can begin in several ways. Sometimes you could be driving your car and you will suddenly get an idea, melody, or lyric which you just don’t know where it comes from. When you get home then I will usually pick up the guitar or sit at the piano and try to get some chords and put a structure to the idea. On the other hand, sometimes, I will just press the play button with a 120BPM Beat guitar in hand and strum/sing along to the first melody that comes into my mind. Even then you’d be amazed at what sometimes comes out of a writing session. But some days will be fruitless which are usually “I am tired” days.

After finishing three albums I will continue to write songs but probably release them as singles over the next year and a half or so.  I have also been working on two film/book/series projects. The first project I finished in 2008 but there were no streaming services like Netflix or Amazon back then, so I feel the time may be right to sell them. The main problem is trying to attract attention for these projects when you have no track record. Even if you have a killer story without the necessary contacts it can be very difficult to get producers interested and then again it is also about popular actors who are looking for new projects.

Yes, I have four tattoos on my right and left arms. Covering my body fully with tattoos will not happen but a decent spreading of body art is ok. My favorite tattoo is on my left shoulder, a picture of our daughter which was taken from one of the first photos I ever took of her the day she was born. One of her eyes was sticky so she had one eye open and seemed to be winking at me.  All my tattoos have a meaning and the last three were all related to my family.

It depends on what musical genre but looking at Mainstream pop/rock, Coldplay will always fill stadiums, and Ed Sheeran, too. As for the older acts just look at McCartney headlining Glastonbury and I am particularly pleased to see Crowded House back on the road with the two sons of Neil Finn now involved.

On a wee bit smaller scale US singer-songwriter Matt Nathanson has proved himself to be a class songwriter and performer.

After nearly three years of writing and recording plus the Pandemic lockdowns, I am eager to get out and perform now a bit more. I can play solo shows, but I am currently forming the BAK band as I want to have a strong powerful sound to complement most of the songs. I will also spend more time experimenting with live streaming platforms to see where I get the best returns. I will always be writing songs but as mentioned above I want to get my two film/series projects off the ground, so any agents/producers out there please call me! 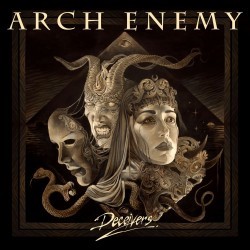 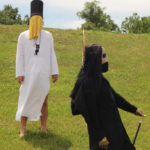