Aggressive is a great young Oi band out of Ruhrpott, Germany that I got to catch up with at the Punk and Disorderly Festival in Berlin. They have a great raw sound and lucky for us, they sing in English! The band consists of Daniel on vocals, David and Conzi on guitar, and Nils on bass.

Dana: Hey everyone I am here at Punk and Disorderly Festival and I am here with the amazing Aggressive! So let’s start off with the music. What do you guys classify yourselves as?

Dana: Who are your biggest influences?

Daniel: Madball and Agnostic Front on the hardcore side and 4 skins on the Oi side. Stuff like that.

Dana: Oh man you just named some of my favorite bands! So how long have you guys been together?

David: we started playing in 2013. I’ve been in the band for one year but have been in other bands.

Dana: So this band has been around only 4 years and you guys are already playing a big festival like punk and Disorderly, that’s pretty amazing!

Daniel: We know each other from the scene here, we all played in bands before, then we got together to do something different, a little rougher style.

Dana: Do you guys have an album out?

Daniel: Yeah we have an album out called Spit Blood, which came out in 2015, and we’re working on a new one now.

Dana: Nice! Can’t wait! And where can we get your merch?

Dana: Now you guys have amazing, amazing (tattoo) work! Where was it done and what was your influence for what you have?

Conzi: It was done in Ruhrpott, which is a rural area. The very first one I did I wanted a neutral tattoo so I got an anchor that said ‘Mom’.

Conzi: Then I kept the Nordic and pirate style on this arm.

Dana: I see you have mostly black and grey. Do you have any color?

Conzi: Yeah but she’s not so hot anymore haha! But yeah I like the black and grey realistic style.

Dana: What’s going on on the other side?

Conzi: This is older, my 80’s black metal arm, a graveyard, and skulls. A little more evil than this (my other) arm.

Dana: And let’s see yours, Daniel. You got a lot of color going on.

Daniel: Yes they are all tattoos of my life.

Dana: How are they your life, tell me what they mean to you?

Daniel: This one (pictured above) is the Slovenian flag, my father was from Slovenia. I love this country, it is so very beautiful. If you ever have a chance to go there try it.

Daniel: This crest is for the area we all live. The cobra is on the left arm because this arm represents the heart and the cobra is to push people away,  it protects the heart.

Dana: Nice! I really like that!! How about you David what do you have going on?

David: I have a kind of mixed style going on, I have both black and grey and color.

Dana: Wow! And what was your influence for this?

David: My grandfather was a miner and this is a tribute to him.

Dana: And this side? This is really cool.

David: This is a black sheep for the band Minor Threat (one of my favorite bands) and I’m the black sheep of the family so it describes me very good. The rest are just art.

Dana: And these are all different artists you collected from? 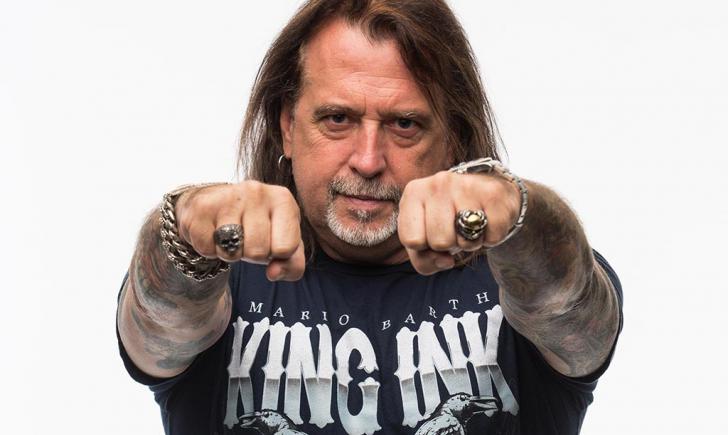 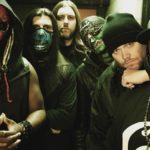