Home Celebrities Ink on the Screen: Tattoos in Movies and Television
CelebritiesEntertainmentTattoo Articles

Ink on the Screen: Tattoos in Movies and Television 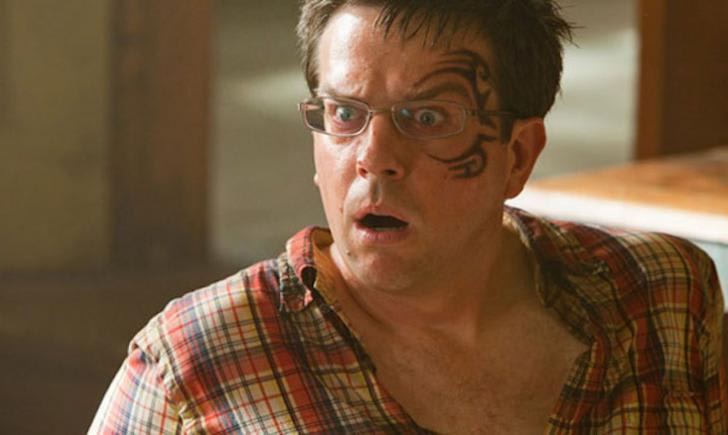 Whether you’re a fan of tattoos or not, the reality of it is that they play a major part in your day to day life. You may not even be aware of it, but this ancient art has become such a large part of our culture and society that you encounter it each and every day—especially if you’re a fan of movies or tv.

In today’s mainstream media, accurate portrayal of modern characters has had to develop and change as our society has, and this includes the inclusive of tattoos. Today, at least one in four Americans have a tattoo, so it’s only natural that these should make their way onto our screens.

While the insertion of tattoos into mainstream media has grown over the last two decades, it’s not a new feat. Tattoos have been involved in many of our blockbuster movies and award-winning shows for years and years. Does your favorite movie or tv character don a tattoo? Has a tattoo played a part in your favorite plotline? Let’s take a look at some of the most iconic tattoos in the bright lights of Hollywood.

In 2000, Ashton Kutcher and Sean William Scott brought to life one of the funniest moments in tattoo’s screen time. In the slapstick comedy, Dude Where’s My Car, the ridiculous duo awake after a long night of partying to find they had gotten tattoos sometime in the middle of their intoxication. However, when trying to explain their back tattoos—which they obviously cannot see for themselves—they get confused, leading to a hilarious scene of insane stupidity.

The Girl with the Dragon Tattoo

2011 brought us The Girl with the Dragon Tattoo—a crime drama adapted from the best-selling novel. The novel/movie brought to life the character of Rooney Mara, a computer hacker with a dark, seedy past and even darker tattoos, including the large dragon spiraling up her back.

Another massive tattoo appearance in 2011 came in the form of the raunchy comedy The Hangover II. During this movie, Ed Helms’ character, Stu, awakes in a Bangkok bathtub with a mirror image of Mike Tyson’s facial tattoo. As if imitating the famed boxer wasn’t funny enough, the movie actually stirred up a controversy off-screen. Warner Bros was actually sued by the tattoo artist who inked the original design onto Tyson’s face in 2003 for copyright infringement.

A recent addition to the tattooed screenplays is the NBC drama Blindspot. Airing in 2015, the show centers around a mysterious woman with amnesia who is found in Time Square. The unknown woman is covered from head to toe in unique tattoos, which, as the FBI quickly discovers, depict crimes that are yet to occur.

1999 brought us the epic movie The Boondock Saints, with which, tattoos played a huge part in the story. Each of the McManus brothers had a tattoo on their index finger (one on the left, one of the right) which were of importance in the movie. One brother’s finger read Veritas (Latin for Truth) and the other said Aequitas (Latin for Justice). The tattoos make several appearances as they are inked upon the boys’ trigger fingers—making them equally bitter and poetic all in one screenshot.

American History X in 1998 brought another famed tattoo—albeit, not a very nice one. The main character, a Neo Nazi played by Edward Norton, is decked out with white power tattoos. The most prominent and recognizable of these, however, is perhaps his large swastika emblazoned on his chest.

Who can forget the Harry Potter film franchise? The villains of the story, the death eaters, all bore the mark of the dark prince on their forearms in the shape of a skull with a snake coming out of its mouth. The snake wrapped around itself to create an infinity symbol and was used as a method to contact the Dark Lord for those in his inner circle.

An early critical movie tattoo hit screens in 1978 when the larger-than-life thriller JAWS launched. While you wouldn’t think a tattoo could be a major plot point in a movie about a killer fish, think again. The tattoo in question—the words “USS Indianapolis” which are tattooed upon Captain Quint (played by Robert Shaw)—are the kick-off point for the monologue in which we discover why Captain Quint is so obsessed with the toothy fish. Without the tattoo, there is no segway into the backstory.

Pirates of the Caribbean

Of course, we can’t talk movie tattoos without discussing Johnny Depp’s Captain Jack Sparrow in Pirates of the Caribbean. The movie, which hit screens in 2003, shows the wily Captain showing off his own ink, a flying sparrow in front of a sunset. This tattoo shows some historical meaning, despite being on the crazy Captain. In the early days of tattooing, it was customary for sailors to ink a sparrow upon their skin as it represented a sailor’s safe return to land after a long voyage.

The main character in Memento (2000), another dark drama of a movie, uses tattoos to combat his memory loss—trying to solve the murder of his wife through the cryptic messages inked upon his body.

Night of the Hunter

An early, early appearance of tattoos in cinema involves the movie Night of the Hunter, which debuted in 1955. The black and white piece of art involves a serial killer (and preacher!) named Reverend Harry Powell, who has the words Love and Hate tattooed across his knuckles. According to the character, they represent the struggle mankind faces on a daily basis. That’s some deep stuff for the ‘50s!

While these are only a handful of the inked markings appearing on the silver screen, just about every show or movie released today depicts a character bearing tattoos. Some tattoos play a part in the storyline, like Blindside or Memento, while others are merely there to enhance the character. Either way, you can’t flick on a screen without seeing tattoos and it only seems to be gaining popularity with every airing. What shows or movies do you watch that involve tattoos? 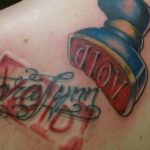