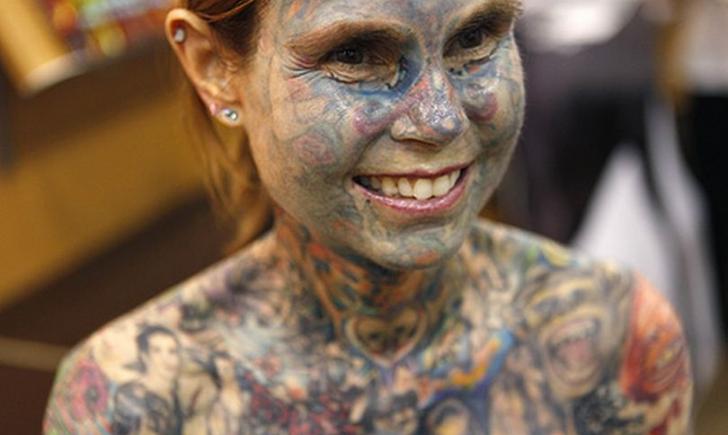 Julia Gnuse’s claim to fame was her skin, something which had long given her troubles.

Born in 1955, Gnuse was diagnosed with a rare skin condition called Porphyria when she reached her mid-30s. This condition causes the skin to blister when it is exposed to direct sunlight. For this reason, Gnuse began searching for a way to combat this unfortunate side effect so that she could live a normal life.

She found her method in perhaps the most unconventional of places—a tattoo shop. 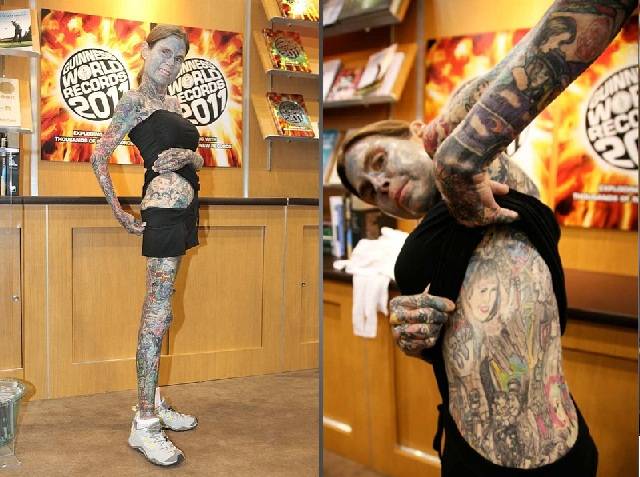 Beginning with her legs, Gnuse began to tattoo her body with everything from jungle scenes to cartoons, even several of her favorite actors. Although she started her journey to full-inkdom due to her condition, she quickly developed an addiction to the practice. Unfortunately, the ink did not prevent her skin from blistering in the sunlight, but it did help hide the scarring that occurred as an after-effect.

“I did this for the reason of covering scarring from the blisters. They get as deep as three degree burn,” she said during an interview with the Daily Mail.

According to Gnuse, she first attempted to tattoo her skin to match the blister-scars.

“That didn’t work,” she admitted. “We tried it. It was very difficult to match that. So I had the idea of a colorful tattoo, then I got hooked. I got addicted.”

Before long, Gnuse was making records as the world’s most tattooed woman, with approximately 95% of her body being covered in colorful ink. She was awarded the Guinness Record in 2011 for the most tattooed woman in the world, appeared on the television show Ripley’s Believe it or Not, and even earned a role in an Aerosmith music video. She became known as the Illustrated Woman in the eyes of the media.

Gnuse, who was born in Flint, Michigan, resided in Foothill Ranch, California until her passing in August 2016. 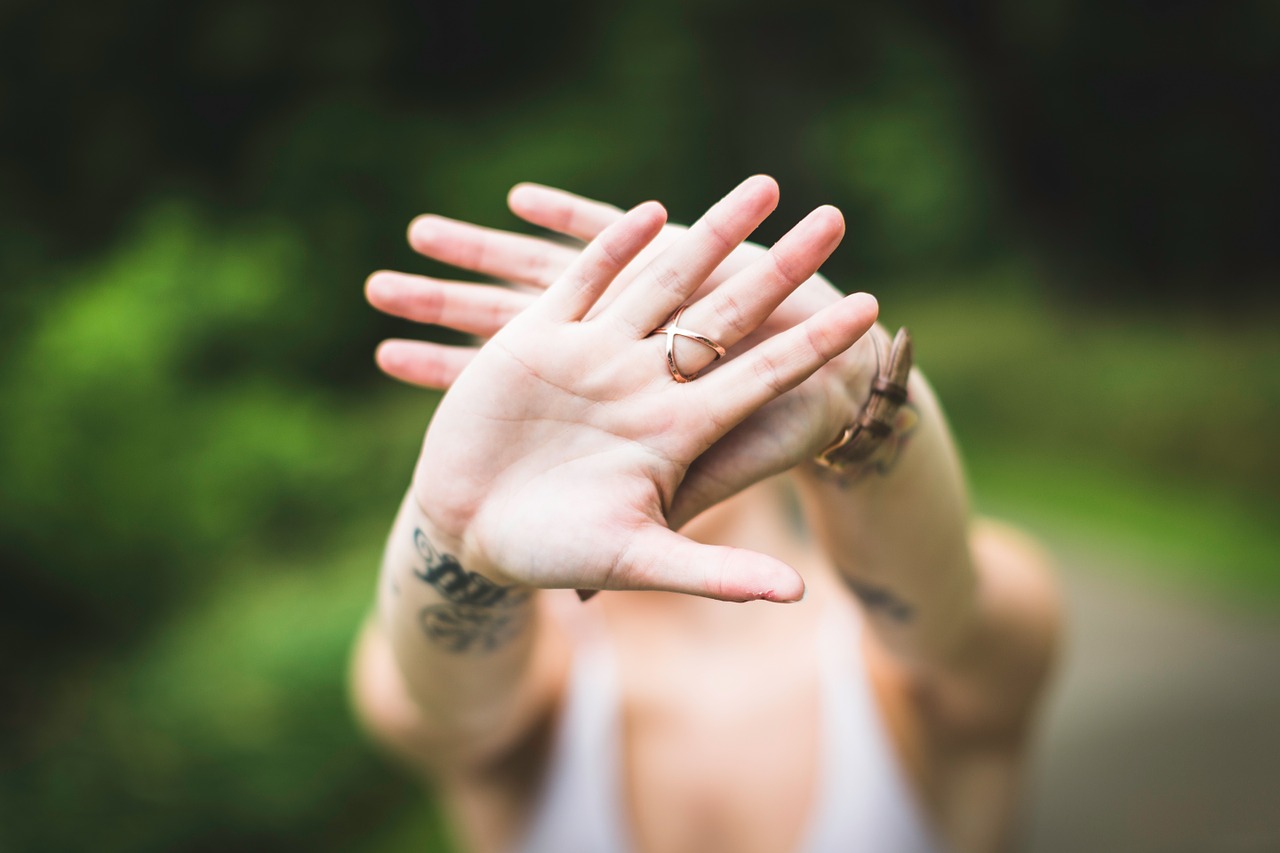