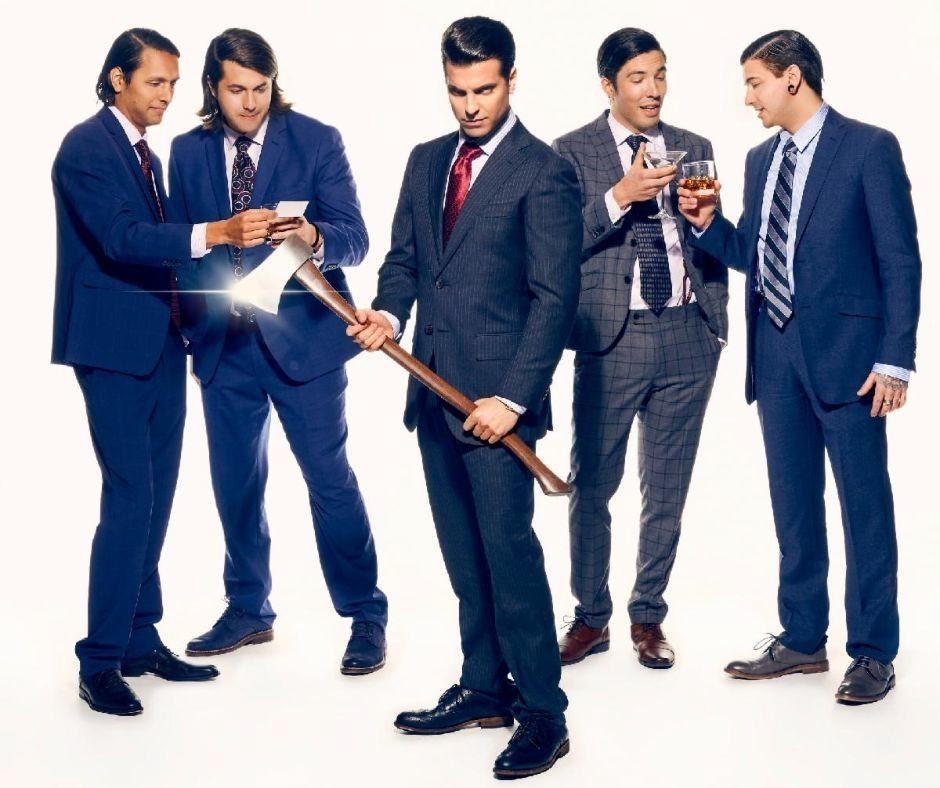 The first single to be unleashed from the album is “Hip To Be Scared“, featuring Jacoby Shaddix of Papa Roach. The accompanying music video was premiered at the fan event last night and pays homage to the landmark movie based on the Bret Easton Ellis novel ‘American Psycho‘ centered around psychotic investment banker, Patrick Bateman. “Hip To Be Scared” mixes the soaring choruses, clever lyricism, heavy riffs and Broadway-like theatrics that are as much ‘Hamilton’ as they are horror. The song also tips its hat to an ‘80s pop classic beloved by the murderous protagonist.

“True to horror franchise tradition, there is always a sequel…”Welcome To Horrorwood” follows in the bloody footsteps of its predecessor, paying tribute to 13 more of the most gruesome tales to ever grace the silver screen. In this latest INK offering, the last album and video series is portrayed as a work of fiction. The new story line thrusts the band into a brutal “real world” slaying. The only traces of the crime are 13 songs left behind by the suspected killer…

We can’t wait to share this next chapter with you, and to welcome you to the sinister state of mind that will soon be known the world over as, “Horrorwood”.

The first stop on the tour is 1980’s New York City’s “greed is good” scene, where a certain hot shot investment banker has a rather violent dirty secret…”

Decadent, devious, and fiercely insane, with sardonic wit to spare, Ice Nine Kills celebrate pop culture’s darkest edges, mining a cinephile library’s worth of b-movie schlock and iconic horror on ‘The Silver Scream 2: Welcome To Horrorwood’  and its prequel, ‘The Silver Scream’. The creative marriage made in hell of music and fiction began in earnest with the Boston-based band’s Top 5 Hard Rock (US) album, ‘Every Trick in the Book‘, which brought the previous three records’ themes to new levels with literary-immersed tracks. 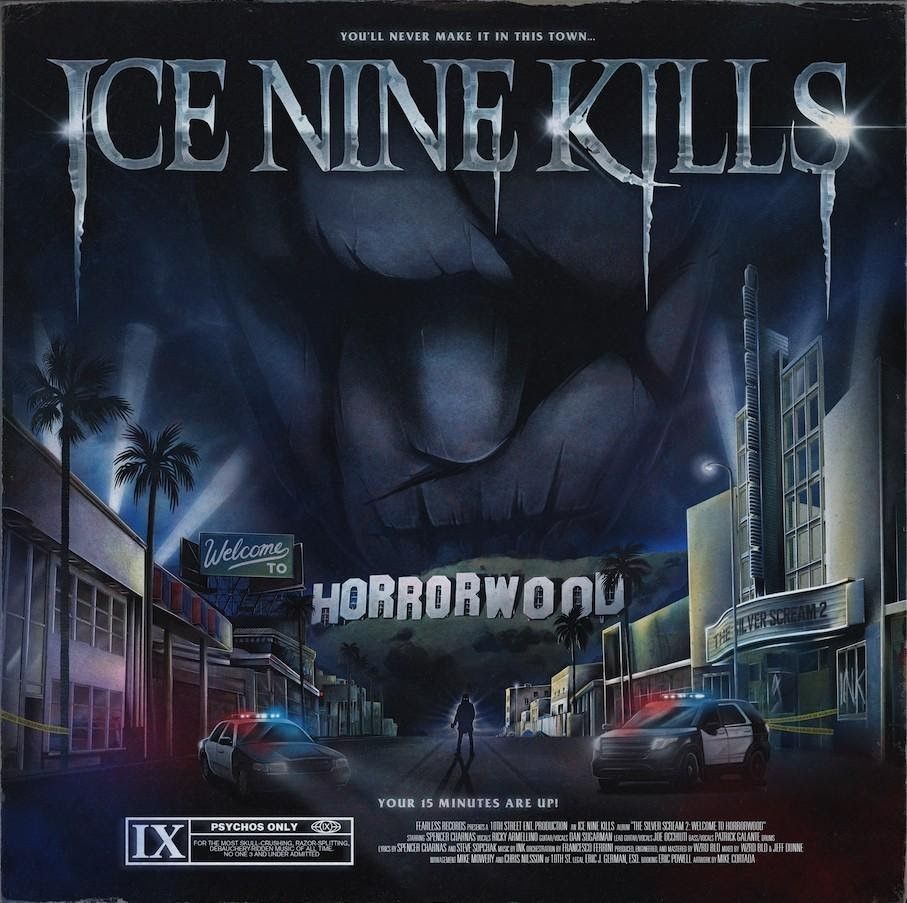 Helpless teens, unhelpful authorities, supernatural forces, masked killers, and “final girls” abound in the shocking, blood-soaked songs of The Silver Scream. Each piece focused on a different horror classic, including “The American Nightmare” (A Nightmare on Elm Street), “Thank God It’s Friday” (Friday the 13th), “Stabbing in the Dark” (Halloween), and “IT Is The End” (It). For 2020’s ‘Undead & Unplugged: Live from the Overlook Hotel’ EP, the band recorded in the location used in Stanley Kubrick’s The Shining, the inspiration behind “Enjoy Your Slay,” featuring Kubrick’s grandson, Sam.

‘The Silver Scream 2: Welcome To Horrorwood’  saw guitarists Ricky Armellino and Dan Sugarman, bassist Joe Occhiuti, drummer Patrick Galante, and Charnas return to producer and collaborator Drew Fulk (As I Lay Dying, A Day To Remember), who produced and mixed ‘The Silver Scream’, which spawned US radio success in the form of Top 10 Mainstream Rock single “A Grave Mistake” and Top 20 hit “Savages.”

The band’s synergy of music and lifestyle draws favourable comparisons to Slipknot and Rob Zombie and saw them become recent recipients of the prestigious Clio Award for Music Marketing for their “Merry Axe-mas“ mobile game. Visionary trailblazers and multimedia raconteurs, INK built a thrilling world for a growing legion of devoted true believers, with theatrical shows, high-concept videos, and inventive band-to-fan communion. With 1.1 million monthly listeners on Spotify, 402 million career streams, a combined social media reach of over 950k, over 70 million views on YouTube, the band are firmly cemented as one of modern metal’s most vicious forces.

Ice Nine Kills will return to the UK this September at Slam Dunk Festival, the band’s first UK shows in two years since their hugely successful, sold-out seven date headline run in 2019, which concluded with a show-stopping performance at London’s O2 Academy Islington. 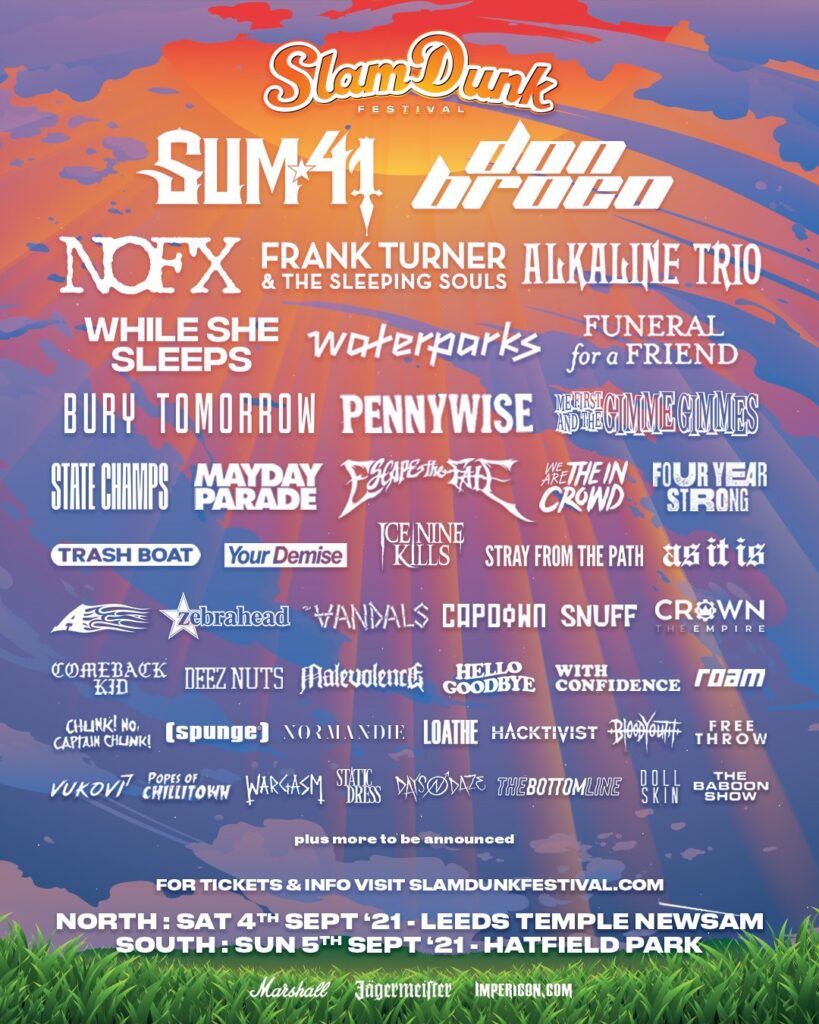 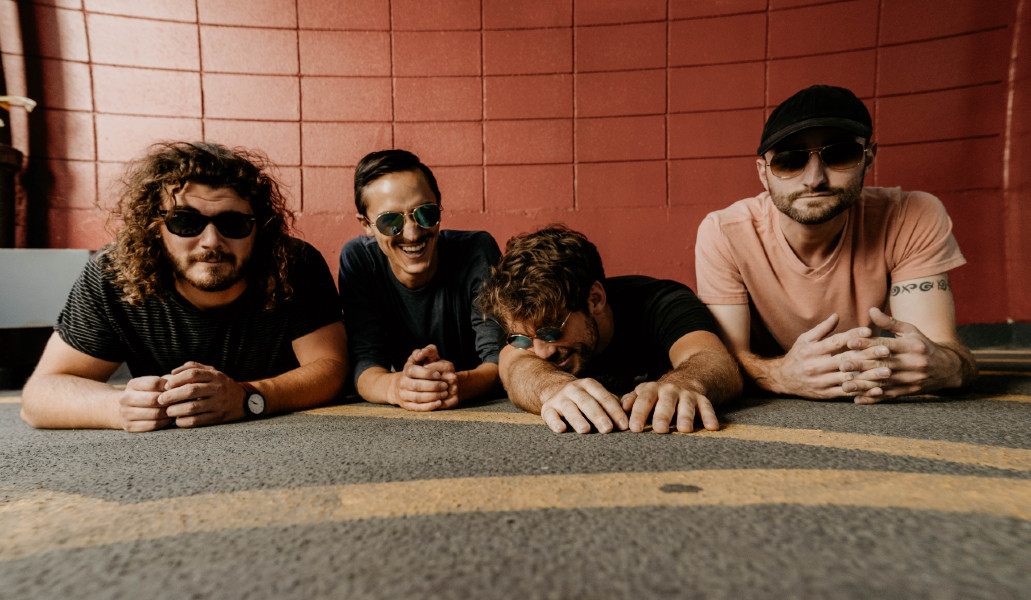 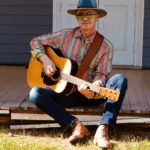