Nashville based rock band Hogan’s Goat has released the Official Music Video for their single “Shit Kicker”. Originally premiered on The Gauntlet, “Shit Kicker” is off of Hogan’s Goat’s self-titled, debut album.

“We went out to Montana, f*cked around, and summoned the spirit of the ‘Shit Kicker.’

No, but seriously, from the moment we wrote it, we knew “Shit Kicker” would be the best representation of our style. A song about true grit, unwavering courage, and standing your ground. Our goal was to symbolically showcase the Shit Kicker that lives in all of us; no matter who you are, or where you’re from.

We want to give a special thanks to Walter and Cassie Runsabove, who sat down with us after filming and gave us a lesson on Native American culture over breakfast. We would also like to thank Curley, Ed Fick, and there rest of the Billings Road Dogs for letting us crash their toy drive, film part of ‘Shit Kicker,’ and play a few songs for them. That wouldn’t have been possible without the help of Montana Mobile Stage and Productions, too! Thanks, Charlie!” – John Salmon (Vocals) 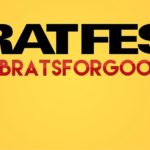