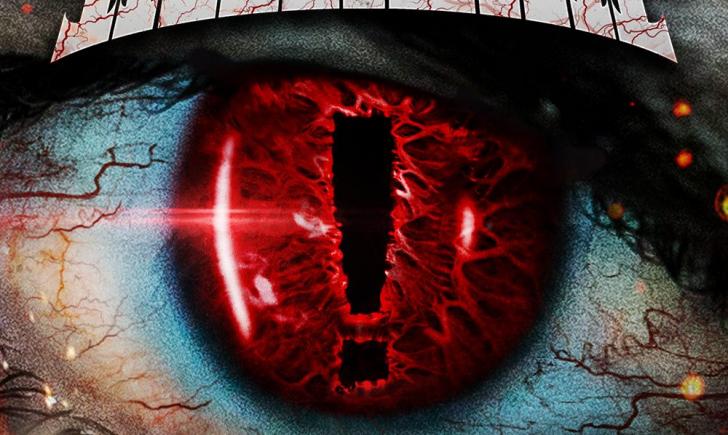 Save the date, HELLYEAH fans! On June 3rd, “UNDEN!ABLE” hits the shelf. This album will blow the skin right off your bones. Not only is it the “hard and heavy” that you want to hear from HELLYEAH, but the album represents the next step in the band’s evolution of sound. For those who have been a HELLYEAH fan from day one, you know their albums have been a reflection of the band in the moment they were in. All of their albums have been worthy of the top spot in any metal countdown list, but “UNDEN!ABLE” is easily their best yet to date. I can guarantee that if you love metal, you will be a fan from the first play of “UNDEN!ABLE”.

Picture yourself strapped to a rocket powered by nuclear infused molten metal – that’s how it feels listening to this album. The emotions evoked from “UNDEN!ABLE” are a rollercoaster of ups and downs fueled by brutal, in-your-face metal. Even the “ballads” are heavy, yet the songs offer a mixture of hope and strength. True to those living the “metal life”, this album also offers fans an overwhelming sense of community, a reminder that none of us are alone in this undeniably crazy world.

After listening to the entire album several times, I chose four songs that hit me the hardest for various reasons.

Track 2, “X” is an excellent example of the strength and community I referenced earlier. “We live to die, all for one, lean on each other to carry on, my metal family til the day I’m done.” Later on in the song, the lyrics get right to the point of what it means to be a “metal child”. From the mouth of Chad Gray: “Say what you want, write what you want, but we stand proud on this stage. We’re built to mosh, we’re built to slam, we’re built to f*cking rage. Born and bred a metal head and that’s the end of this.”

“Leap of Faith” is a lyrical voyage that takes you from feeling like a victim to overcoming. The words are just as impactful as the music. Not only ripping into the eardrums in the best way possible but tearing open the soul as if chipping at all walls that we put up to hold us back.

“Start a Riot” I consider a battle theme song. By that I mean it evokes emotions to stand up and fight and don’t be a doormat or be run over by anyone or anything. The lyrics to the song are set to guitar solos forged in metal heaven. Thick, heavy riffs grab you by the scruff of the neck and shake you from your eyebrows to toenails.

“Human” showcases the unique skin slamming of Vinnie Paul. Those drums kick in and take what would otherwise be a power ballad as we all know them, and turns it into pure crushing metal. Then you add Tom’s guitar and Kyle’s rolling thunder on bass, and you have what is HELLYEAH’S definition of a ballad.

The videos for “X” & “Human” are up now if you want a free audio and video preview of those tracks. “X” is filmed in a 360 degree format and is especially fun because it’s interactive – you control which member to watch, and when, within the video. CLICK ABOVE TO WATCH “X”.

I could go on and on about how great this album is and why, but it is better to hear it from the horse’s mouth. Here is what some of the members said about it.

“We turned a corner with Blood for Blood and we wanted to continue that path,” Vinnie Paul states. “It’s much heavier and darker, and we take it to another extreme.”

“We’re all in this together, among the metal community we are part of. The upside down “i” in the title is an exclamation point — a subtle indicator of how metal fans live their lives against the grain for their entire daily existence. It doesn’t matter how old you are — you are always a metal kid,” Chad Gray declares.

Guitarist Tom Maxwell succinctly says, “It’s belligerent and brutal, with peaks and valleys that bring you up and down, emotionally and lyrically.” Tom also states, “The sense of community in the metal world cannot be described to outsiders. Anyone is welcome and we are all a family. That is what “UNDEN!ABLE” proves without a doubt.”

Keeping with that sense of loyalty and family I have to mention the album art, inspired by Chad Gray and brought to life by William “Wombat” Felch, is a story all its own. HELLYEAH discovered William “Wombat” Felch from the Internet. His artistic interpretations of HELLYEAH songs on YouTube caught their eye and from there, the the album art for “UNDEN!ABLE” was born.

I play this album as I write this and in truth- each song is beyond brilliant. But as always, do not take my word for it. Go out and get your copy of “UNDEN!ABLE” dropping on June 3rd from Eleven Seven Music Group. This album will feed that ravenous craving the metal community has for the next best brutal music experience.