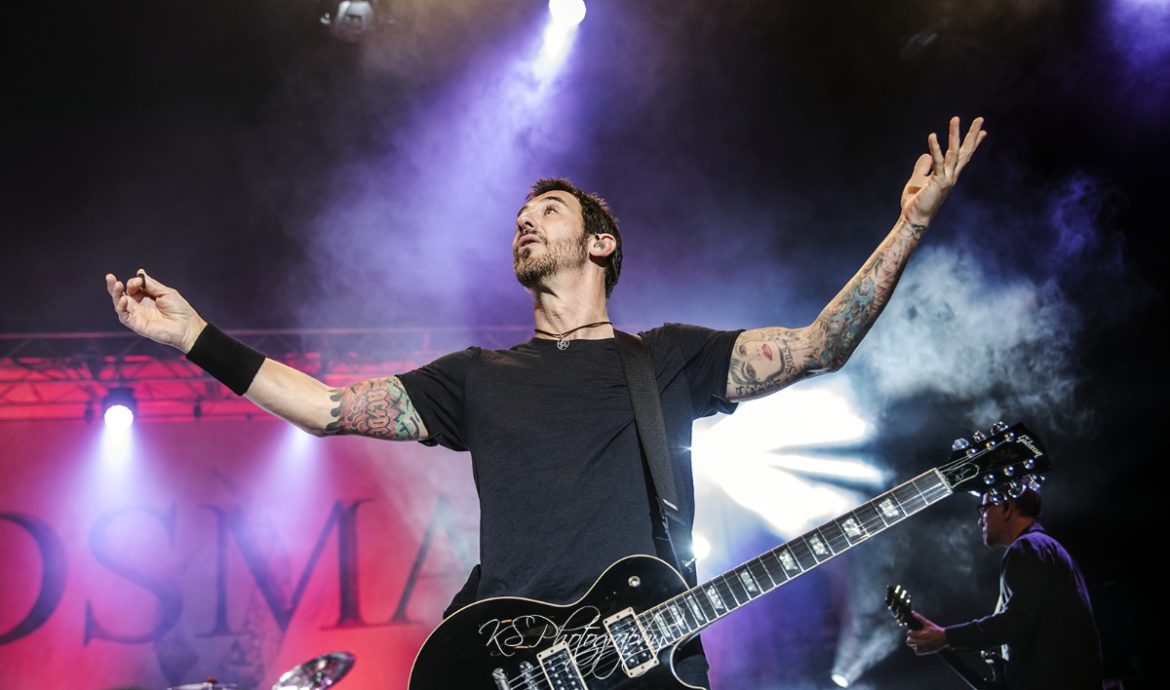 Having been a Godsmack fan for over 20 years and seen them every time they’ve played the UK, I was excited to be given the opportunity of photographing and reviewing tonight’s show.

Godsmack have come a long way in the UK since I first saw them at The Garage, London, on my 21st birthday in 2003. This was a small venue, nothing like what they are accustomed to in the US, where they sell out arenas.
Tonight’s venue the Academy, Birmingham, is much more respectable in size for the ever-growing UK fanbase.

Warming up the crowd tonight are London’s The Raven Age, a band I’ve never heard of before.
I had great expectations as when doing some research on them it appears they’re a dab hand at being a solid choice for the support slot, having played with the likes of Iron Maiden, Anthrax and even playing the main stage at Download 2022.
Unfortunately, I’m not sure by who’s choice exactly, they were shrouded in a cloak of darkness for the entire set (with strobes in between). If you’ve paid to specifically see this band, I’d ask for a refund, as you may as well just listen to them in the comfort of your own home. However, if you couldn’t see them, you could certainly hear them. With a mixture of very melodic segments mixed with up-tempo power metal sounding parts, they slammed the crowd with they’re heavy metal riffs. Having been very interactive with the crowd, I felt it was a shame we could barely see them. I know it comes across atmospheric, but come on, people have paid to see you live, at least prove it’s you on stage. 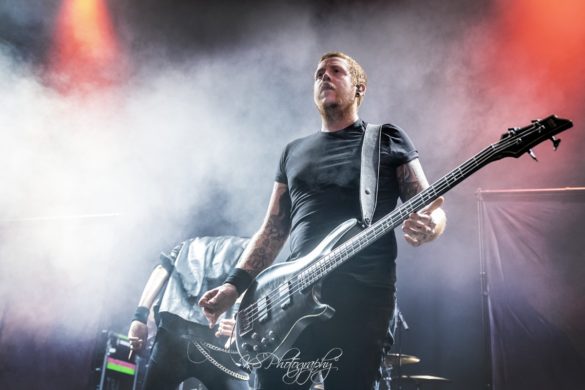 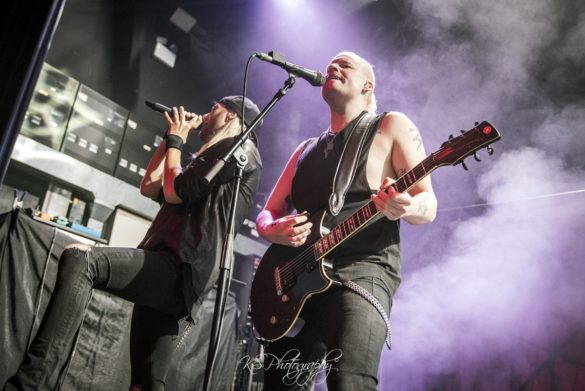 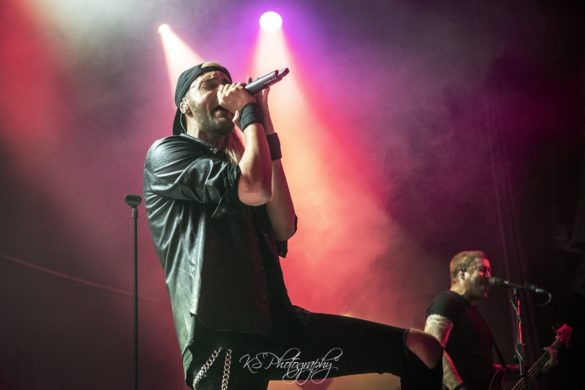 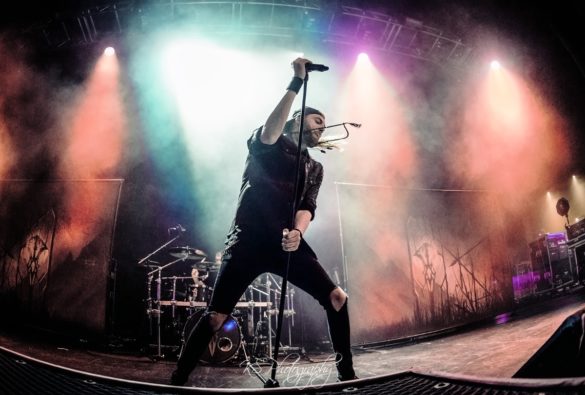 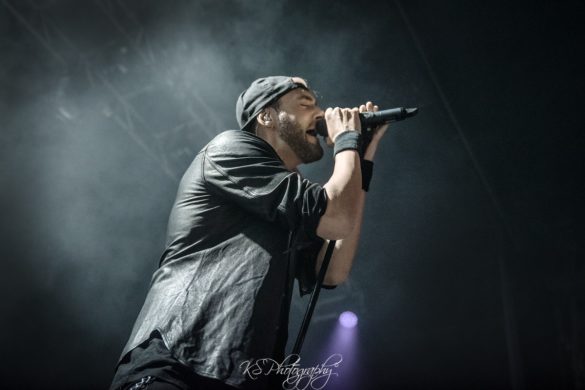 Finally, the band we’ve been waiting for, Godsmack. Entering the stage 10 minutes later than expected the hyped-up crowd were introduced to a rather long intro track/video of The Beastie Boys Mix Master Mike followed by a sample of Queen’s ‘We Will Rock You.’ As usual with the Godsmack crowd they’re very hit and miss with songs. Majority aren’t familiar with the older tracks, it seems every time a new album is released, the band gain new following, but only for that album, then they drop off. Seeing as they’ve not released anything new recently, other than 1 single, tonight’s crowd were very mixed, I’d say a 50/50 of old-time Godsmack fans and the post Scorpion King era fans. Starting the night with the 2018 release ‘Where Legends Rise’ the crowd started on a high, singing along to the post-grunge vocals of Sully Erna, shortly followed by one of my personal favourite tracks, ‘Keep Away,’ from their 1998 self-titled album.

The 2014 release 1000hp got the crowd singing, only after Sully complained they weren’t loud enough. There was plenty of encouragement throughout the evening to try and get the crowd moving, but unfortunately the UK crowd just isn’t as vibrant as the US fans. It took some encouragement to get the ladies to get onto guys shoulders, as requested by Sully.

Next was the more chilled and downtempo ‘Voodoo.’ One of Godsmack’s older tracks with sedate spiritualistic tribal drumming and plenty of vocal reverb.

Having just released their new single ‘Surrender‘ their first new release in four years, I wasn’t surprised this would be played tonight. With a massive build up intro, this seemed to be the best sounding song of the evening, executed to perfection.  Although a more classic Godsmack sounding song, the crowd’s pumped up bouncy energy seemed to die off to resemble a nodding dashboard ornament, heads rocking along to the beat. I can only assume not many have listened to it yet.

Sully, a man of many musical talents, played a piano solo, ‘Under Your Scars,’ a tribute to Chester Bennington, Amy Winehouse and Chris Cornell, in support of the Scars Foundation. This is a charity set up by Godsmack as a support suicide prevention.

‘I Stand Alone,’ the finale of the evening, pumped some life back into the crowd. This track is probably the one that put the band back on the map in the UK, so it was no surprise this crowd woke up.

As always Godsmack put on a great show with a handful of classics, with a few newer songs thrown in for good measure, an all-round crowd pleaser, but I just feel they could have mixed it up a bit. The set was almost identical to the last time they played Birmingham UK in 2019, even down to the spiel between songs.
If ‘Surrender‘ is anything to go by then I’m really looking forward to hearing the rest of the new album. Hopefully they are going back to their classic Godsmack style for their potential finale. 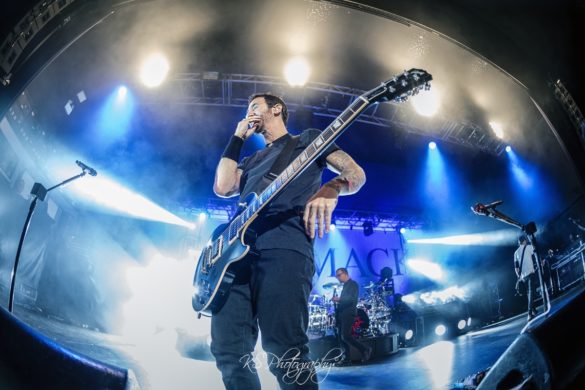 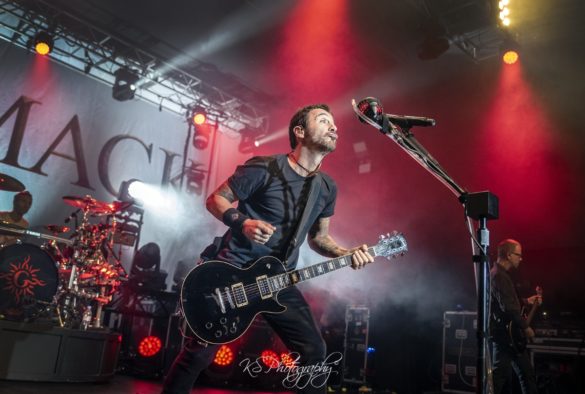 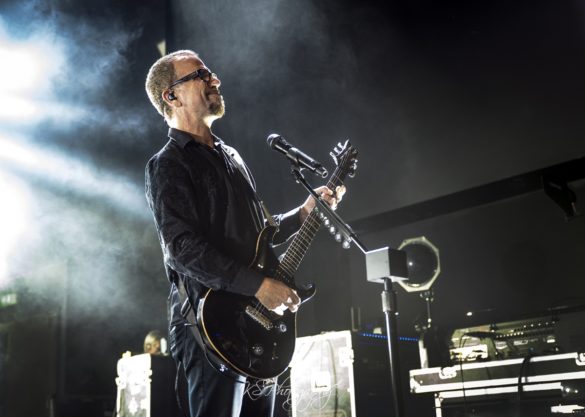 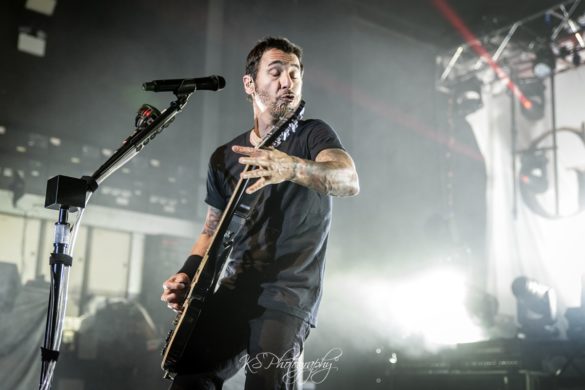 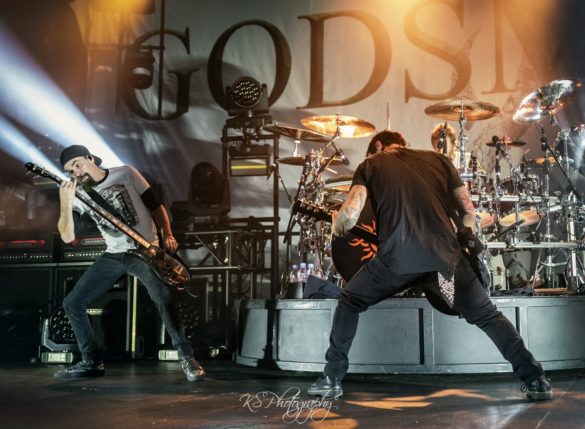 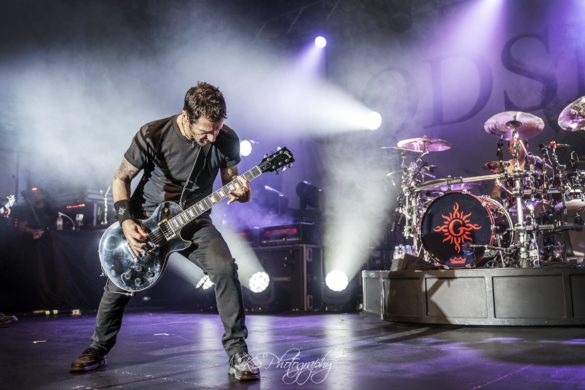 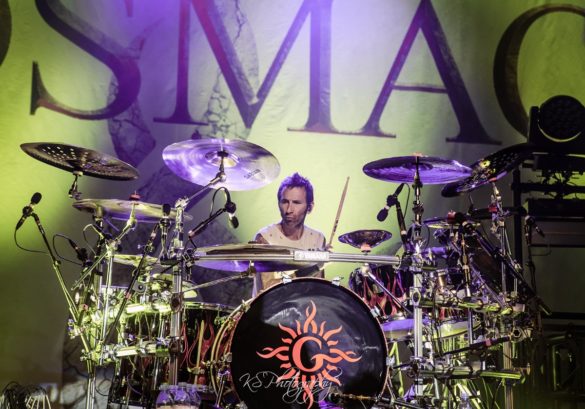 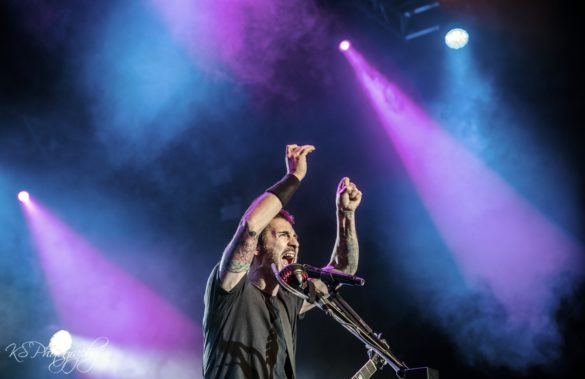 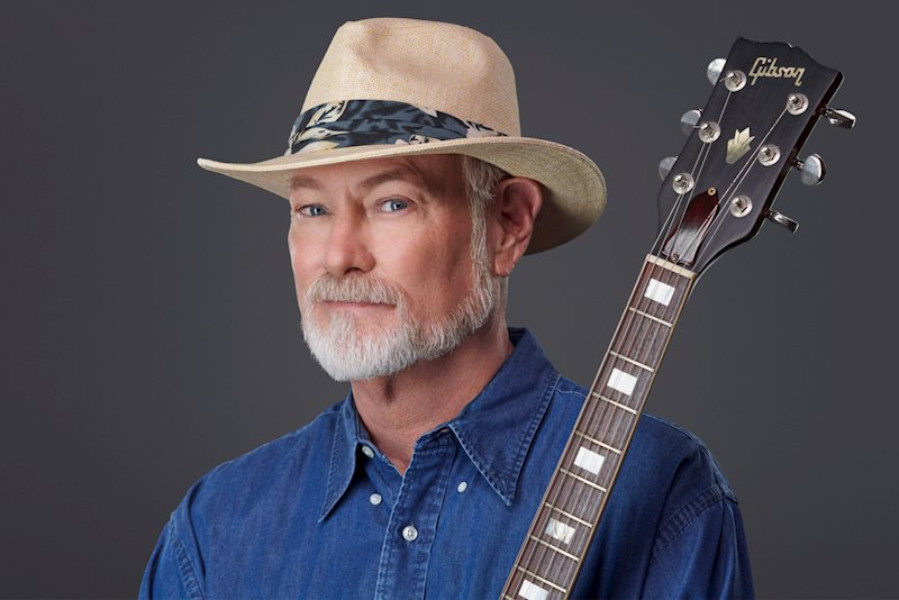 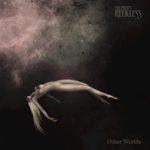