GETTING HIGH (ON TATTOOS) WITH CYPRESS HILL AT CAROLINA REBELLION 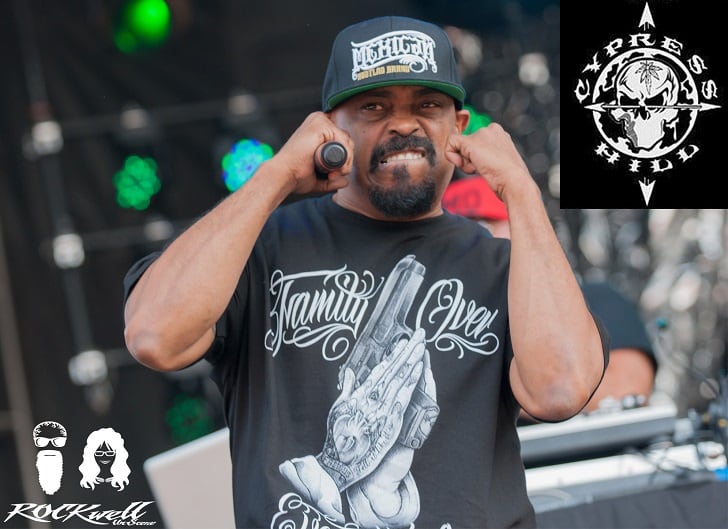 With over twenty years in the music scene, Cypress Hill is still one of the best live bands you can go out and see today. If you were a teenager in the 90‘s, you are probably familiar with their hits, including “Insane in the Brain”, “I Wanna Get High”, and “Hits from the Bong”. Whether you dabbled with the devil’s lettuce or not, you’ll most likely agree that Cypress Hill created a wonderfully unique sound, capturing the hearts of fans from the very first listen. Once a Cypress Hill fan, always a Cypress Hill fan. So, what is it like to chat with one of the members of this legendary band? In one word: surreal. Here is the interview that Rockwell UnScene and Tattoo.com did with Sen Dog back at Carolina Rebellion.

Mel: Hey everybody this is Mischievous Mel at Carolina Rebellion! Would you like to introduce yourself?

Sen Dog: I am Sen Dog, ⅓ of the band Cypress Hill.

Mel: How has Carolina Rebellion been for you guys?

Sen Dog: Well, we just got here a little while ago, and we’re about to go on in 30 or 40 minutes. From what I gather, Carolina Rebellion is a celebration of heavy music and what is considered “hardcore attitude”. It’s good to be here with all of these bands. We’re a competitive band, so we like to get up there and show that we can compete with everyone else.

Mel: So this is your first Carolina Rebellion?

Sen Dog: It might be. Twenty-Five years in the game and I’ve forgotten quite a lot.

Sen Dog: It’s always good to hear what people have to say about the band and how people view us because we don’t actually know that until we hear it. Just to know that we’ve been around these 25 years, and we’ve toured with some of the greatest bands in the world and the most beautiful artists on the planet is a big thing. I think other bands give us respect for that. It’s hard to keep a family together when there’s nothing saying we have to stay together. It’s an accomplishment and people respect us for it, but at the same time we earn it. We go out there and we do what we do. We’re not just here because they needed somebody.

Mel: Your music has inspired a lot, thank you. I see you have a little bit of ink.

Sen Dog: Yeah, this is some old stuff I had a long time ago.

Sen Dog: Unless you want to laser it off. It’s a collage of a bunch of my early work from when I was younger, like 18 years and up. Not really what I wanted, and one day my friend in Amsterdam built on it and sort of made sense of it. I’d rather try to have it look cool than get rid of it.

Mel: Do you plan on adding anymore anytime soon?

Mel: What do you have planned?

Sen Dog: I’m going to wait until it hits me. I have no idea what exactly I want to get tatted until I get it, and I say, “Okay, this is it.”

Mel: Are you gonna do any colors, or are you going to just stick with the greys and the blacks?

Sen Dog: I don’t know that either. My tattoo artist in Amsterdam thinks I should take on some color, but so far it’s just been the one shade.

Mel: Would you like to shout out your tattoo artist?

Sen Dog: Yeah, his name is Mark from Hollywood Mark Tattoo in Amsterdam. Check him out.

Mel: Fantastic. Thank you for sharing with us. 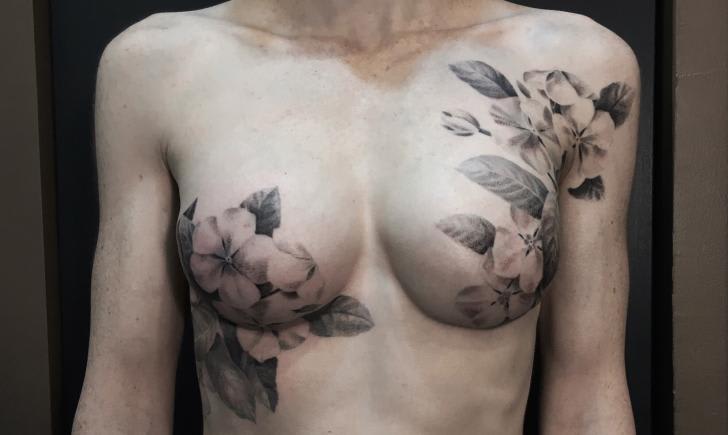