10 Geometric Wildlife Tattoos that are the Best of Both Worlds 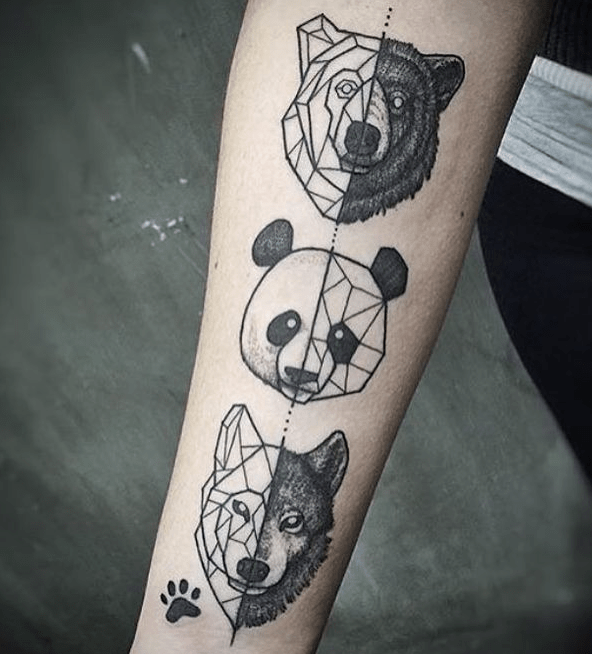 Geometric Wildlife tattoos are one of the few styles that fully capture the beauty of simplicity. This emerging style combines inspiring imagery from the natural world with simple, flowing shapes – creating something that gives tattoo enthusiasts the best of both worlds.

Geometric tattoos have been steadily growing in popularity due to their unique look and emphasis on natural imagery. It was only a matter of time before this combined with the symbolism of wild animals. This style also has ancient connections, which carries a spiritual weight of its own. However, the mixture of wildlife and geometry gives the style a few life and allows artists to break away from mandalas and cubes – which have become commonplace in this style.

The combination of geometric wildlife tattoos features perfect symmetry and crisp shapes that work together to create a single, balanced image.

This unique style showcases the pack-nature of wolves by emphasizing similar shapes within each portrait. Without relying on traditional black outlines, the naturally occurring shapes create a stunning, non-traditional geometric tattoo. 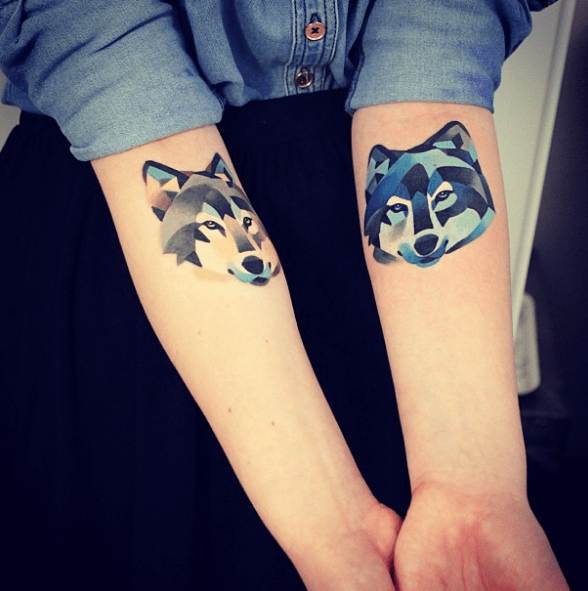 Cat tattoos are well-known symbols of strength and energy. When combined with the simple lines and shapes of geometry, this kitten exudes a sense of wisdom and balance. 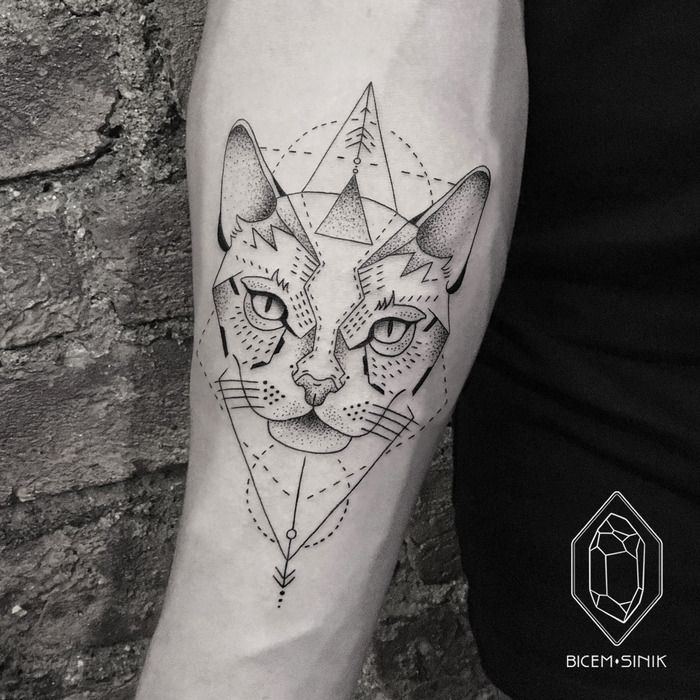 This lovely lion’s mane pays homage to traditional mandala’s, which are at the core of geometric tattooing. The lion itself is made of a series of circles and curving lines, giving off an air of strength and royalty. 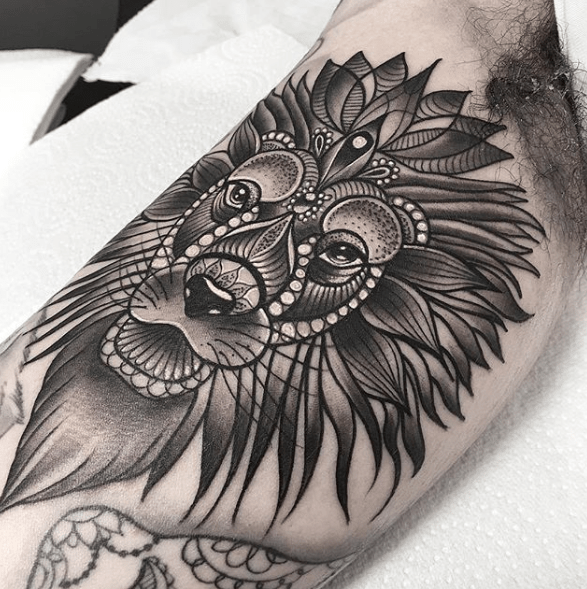 With a limited color palette and rudimentary shapes, this image of a grizzly bear manages to invoke feelings of both chaos and simplicity.

Deer are among the most popular animals to be tattooed in the geometric style. Their shape is easily recognizable, but still leaves room for a huge amount of detail. 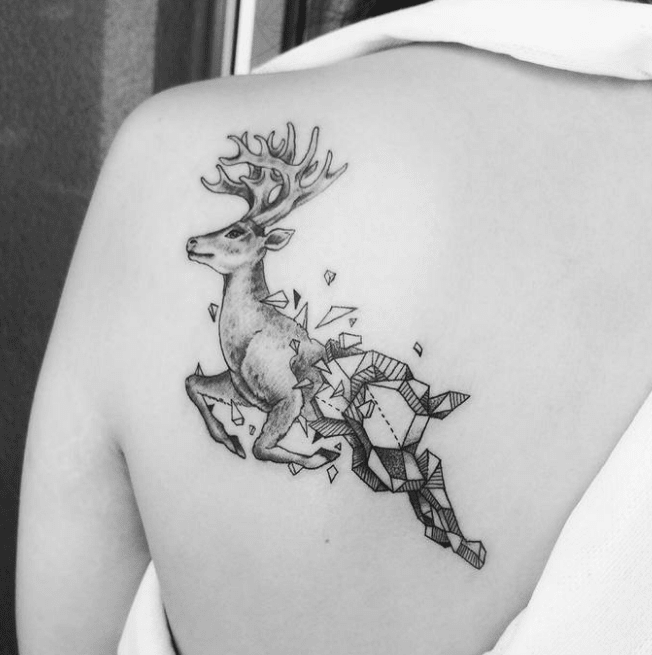 Even birds have found a place within the geometric tattoo trend. This simple sparrow is transformed into a masterpiece of circles, triangles, and lines – giving off the notion of artistic freedom. 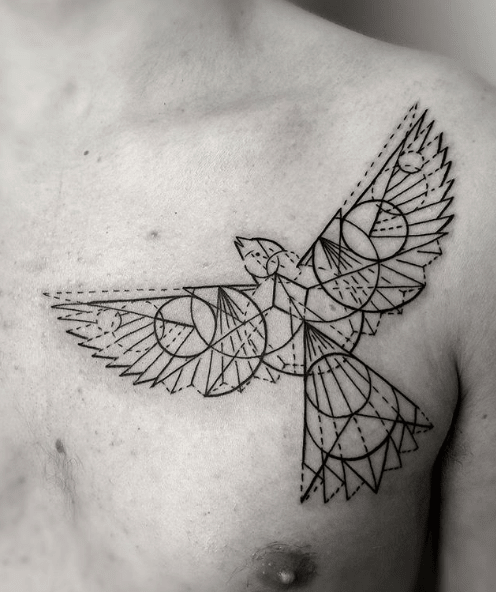 This traditional Japanese image of two koi fish is symbolic of good fortune and are commonly associated with strength, perseverance, and courage. All of these characteristics are mirrored within the geometric style itself.

What better way to immortalize your furry friend than with a geometric tattoo? This style will emphasize your dog’s profile, floppy ears, wet nose, and all their other quirks. 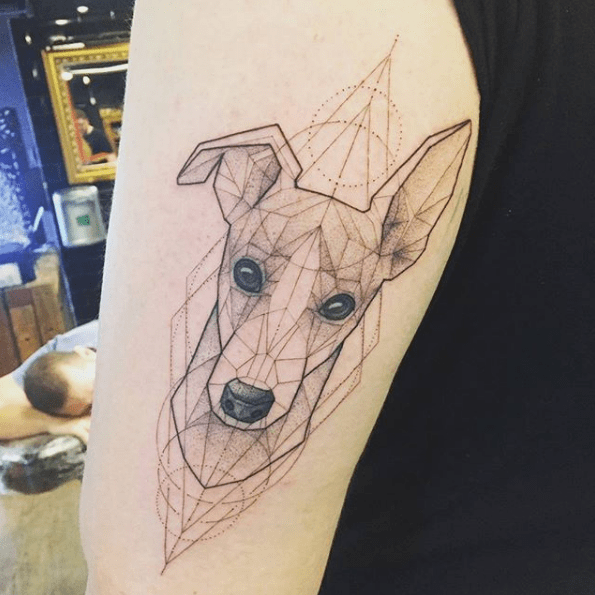 This trend has even tackled smaller creatures and insects, turning exoskeletons and extra limbs into complicated, symmetrical designs. 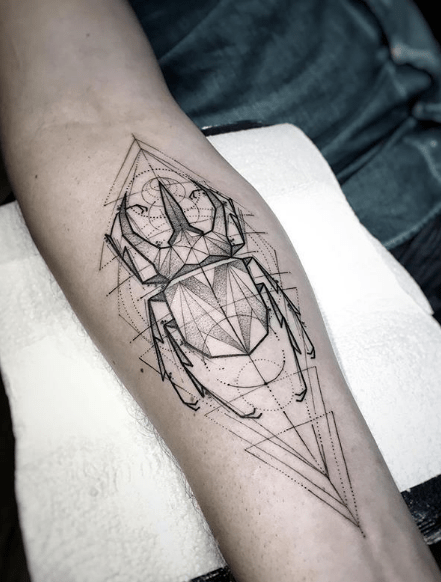 A play off the geometric animal tattoo trend, this cubic fox gives us a glimpse into where this trend may be going 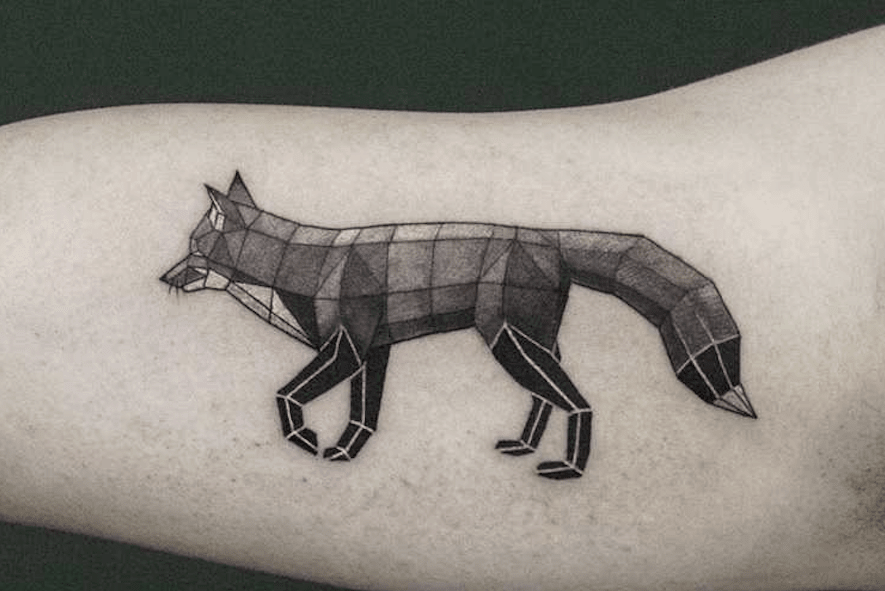 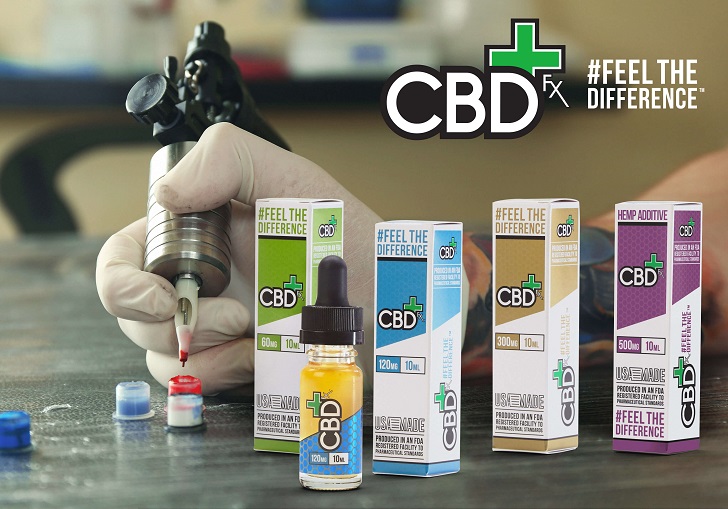 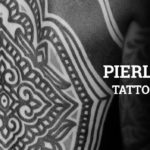