Football, cheese, and beer… that is what we think of when we hear anyone talk about Green Bay, Wisconsin. For us, that image was shattered by the Watering Hole, located at 2107 Velp Ave., Green Bay, WI last Friday evening. The venue boasts 2 music halls, 1 holding up to 2,800 fans and the other side holding up to 800.  When it’s not being used as a music venue it features multiple indoor volleyball courts plus outdoor decks overlooking a quarry filled with fish, a banquet and bar, glorious green rooms and a staff that loads a band in and out in 5 minutes. Since the Fall of 2015, The Watering Hole has been bringing national bands and the best in up and coming bands to the area. This is a must visit venue for any music fan. Friday, July 22 the Watering Hole hosted Gemini Syndrome, Stitched Up Heart and 9Electric. Talk about bringing the best of the best from the Sunset Strip in LA to the land of Green and Gold. For those of you who were not among the wall to wall fans at the show, here is a quick recap.

9Electric includes : Thunderwood – Vocals, Mikey Lopez – Guitar, Casey DC – Bass, and Micah Electric – Drums/Programming.  They were first to take the stage in a night of hard, heavy, electro-industrial rock  and metal.  The venue was ideally set up for myself and fans to get an up close, sweaty, eargasmic musical experience. A 9Electric show is not just a concert… it is an experience. Thunderwood gets close and personal as he jumps from the stage to the crowd, all the while delivering flawless vocals. He jumps, climbs and flips his way into the crowd while on stage the band is blasting electro/hard-rock beats.

If you took a dash of NIN, a splash of Ministry and a pinch of Static X and update the recipe for a 2016 audience, that in a nutshell is 9Electric. One treat for the night is that it was “The Damaged Ones” 1 week birthday… exactly one week prior the band dropped the brand new album. That meant not only did they rock the fan favorites like “Time Bomb”, but they also played new music for the fans. Be sure to buy the new album and see when 9Electric hits a stage near you.  Coming soon… our interview with Thunderwood about the new album and some of the best tattoo stories you’ll ever hear.

Stitched Up Heart not only gives a f*ck about kittens, but they give a f*ck about giving a show that will make you embrace your inner “Monster”. If you don’t get what that means check out the song “Monster” off of “Never Alone”, out now, and get ready to have metal goose-bumps (yes, it is that good). In the beginning you will hear the enormous roof rattling drums, guitar and bass… then in comes one of the sexiest and strongest female vocalists on stage anywhere. Imagine In This Moment, Halestorm, and Butcher Babies having a love child. That is Stitched Up Heart.

Gemini Syndrome breaks the barrier of expectation as they marry emotional, passionate, meaningful lyrics with a metal sound that will rattle your bones and peel your skin back as your ears are blown out. The new album “Memento Mori”, out on August 19, has a song called “Remember We Die” out on iTunes now. They played it live and it for the fans and it was absolutely amazing. If you are a fan of Gemini Syndrome, and to be real there are a mob of Synners out there, then you wonder how could they top the last album? As some critics have already stated, there is no “Sophomore Slump” when it comes to the quality of “Memento Mori”. Once you hear the new album, you will experience a whole new level of epic. Aaron Nordstrom, the voice of Gemini Syndrome, has such passionate and often spiritual element in the songs that he writes. As a front man, the way that he performs them will captivate and leave you in awe.

Make sure you take a minute to check out  Alessandro Paveri ruling the bass and Brian Steele Medina drumming with his always “fluid as an ocean wave smooth” style. Throw into the mix thick and rich twin axes and the result is Gemini Syndrome. This is a band that will make your jaw drop and your ears explode, but see for yourself when they play a show near you. 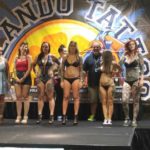