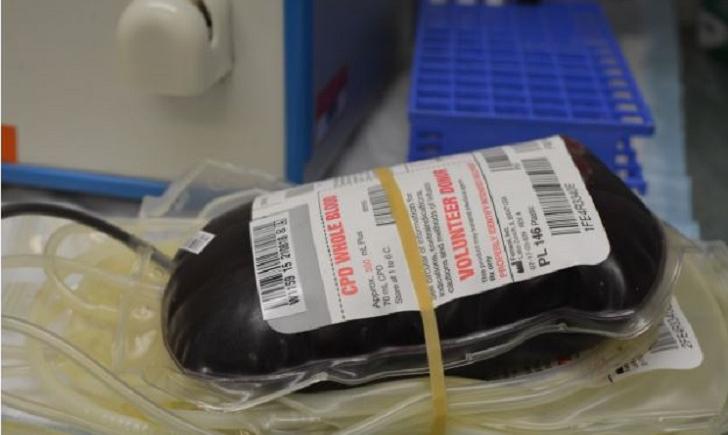 So you want to donate blood. That’s cool, go you! It’s quite a noble thing to do, but… you just got that new tattoo a few months ago. Now, you heard—somewhere from someone—that having a fresh tattoo disqualifies you from being able to donate blood in the United States. Oh, we’ve all heard it…but in today’s day and age, does this rumor still hold to be true? I mean, come on. Tattoos aren’t just for the unsavory crowds anymore, so it can’t possibly be true, can it?

So, I did some internet digging and it turns out that this is a mixed answer. The short answer is yes, you can, but there are some stipulations in certain states that vary depending on where you live and where the tattoo was applied as to a time frame of when you can donate blood or plasma.

However, if you live in a state which does not regulate their tattoo establishments, or you used an unlicensed establishment (ie: a tattoo party at a friend of a friend’s house), then you will have to wait at least 12 months before being allowed to donate. One important factor to keep in mind is that these blood bank facilities do reserve the right to refuse a donation from anyone given their responses to the interview questions at the beginning of the process. Even if they are technically able to donate, (ie: it has been 12 months since their last tattoo or piercing) if the health historian feels there may be a risk factor (let’s revisit that tattoo party), they are legally allowed to refuse your donation.

So, if you’re wondering whether you live in a state that regulates tattoo establishments, let’s do a quick rundown of the list. According to the Red Cross website, these are the states that currently DO NOT regulate tattoo facilities: District of Columbia, Georgia, Idaho, Maryland, Massachusetts, Nevada, New Hampshire, New York, Pennsylvania, Utah and Wyoming. If you live in any of the other states, then you’re in the clear when it comes to donating blood.

Regardless of which state you live in, even if you are able to donate blood directly after getting inked, you should always disclose that you have a fresh tattoo. If you have any questions regarding time frames, restrictions, or any general blood donation concerns, it’s always best to contact your local health department for further information or contact the blood bank directly.

And, if you find that you are turned away at that given moment because your ink is too fresh, don’t feel discouraged. Donating blood and plasma is a vital need in the US, and the world, and they don’t want to turn you away for good. The American Red Cross will be happy to answer all your questions regarding blood donation, when you’re eligible, and can even provide you with a blood drive calendar so that you can easily find a date that works best for you when you become re-eligible to donate. And, if you’re not sure if you were inked in a state-regulated tattoo shop, they’ve even got a list for that, too! They’ve gone through the lengthy process of compiling all of the tattoo-relevant state laws for each and every state to make it simpler for you to get the answers you need before you donate. Don’t hesitate to reach out!