posted by ROCKwell UnScene
To close out the month of April, Fort Meyers, Florida hosted “Fort Rock”, an annual festival comprising of some of the most established as well as up-and-coming bands in rock and metal.  The weather was sweltering, but nobody seemed to care that much – everyone had a blast rocking out to performances by some of the best bands in the business. Keep reading to see pictures and learn what went down at this killer event.

Opening the first day’s events was a reggae-ska band named ‘Sowflo’. With funk bass lines that could rival George Clinton, and a trombone player with a feel of a 30’s jazz club, this band was a little different than the rest of the lineup.

As the day progressed, bands such as Avatar, Issues, and Saint Asonia played through the heat.

Security guards did their best to hose down the crowd, and various merchants handed out fans and other items to help attendees stay cool.

One of the biggest parts of the entire lineup was the two mid-lineup bands on Saturday; Sevendust and Ghost. Earlier in the year under heavy debate, Ghost won the Grammy for ‘Best Metal Performance’ over Sevendust. Despite having produced many critically acclaimed records in the past, Sevendust had never before received a nomination.

When Ghost took the Grammy home, many wondered how this may have affected their touring. With Sevendust playing just before Ghost, those in attendance had an opportunity to see two bands go head to head to show who truly deserved the Grammy, and neither band disappointed.

Throughout the remainder of the day Lamb of God, Anthrax (simply one of the best of the whole festival), Megadeth, A Day to Remember, and Five Finger Death Punch performed with FFDP placing special emphasis to address the rumors surrounding Ivan Moody.

This whipped the crowd into a frenzy for the headliner, Rob Zombie who had just released his sixth studio album that week. With a mixture of new tunes, classic headbangers, and a stage show that never ends, Rob went above and beyond to ensure the fans left that night pleased.

In keeping with the different opening acts, Sunday began with Apocalypse Blues Review featuring Shannon Larkin and Tony Rombola from Godsmack on the drums and guitar respectively. Again, while a different band, these gentlemen had audience members in their early teens swaying back and forth to limber up for the bands to follow.

Not to be out done Red Sun Rising hit the stage with a ferocious energy, and quickly had the audience on their feet, horns in the air ready to jam.

As the day progressed and the sun got higher in the sky Trivium, Asking Alexandria, Pop Evil, Bullet For My Valentine, Sixx: A.M., Pennywise, 3 Doors Down, and Bring Me The Horizon filled the air with some of the loudest drumming, and sharpest guitar riffs the crowd had seen. As the sun set, Shinedown took the stage. This was honestly a well-timed ‘break’ as many in the mosh pit had over exerted themselves during BMTH, and needed to relax and rehydrate as the sun set.

Embarking on their first tour in about 5 years, Disturbed began their set just after sundown. With more covers than you can give a finger to, all their singles sang along to, and a pyrotechnic show that rivaled most 4th of July celebrations, Disturbed proved yet again why they are still a headlining act after all this time.

Despite the heat, lack of cloud cover, and high humidity, the medical staff took excellent care of those in the pits, security caught the crowd surfers, and most importantly those in attendance got their money’s worth. 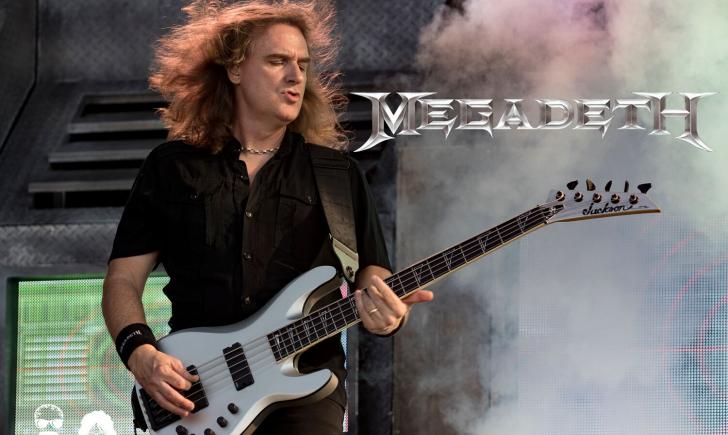