posted by Erica B
Former MISFITS guitarist, Doyle Wolfgang Von Frankenstein, just inked a label and distribution deal with EMP Label Group. This announcement was made on the Black Carpet at The Ephiphone Revolver Music Awards on December 13th. EMP will release Doyle’s upcoming sophmore LP As We Die and distribute all future releases for the his label, MONSTERMAN RECORDS.
According to David Ellefson, President of EMP:
“I’ve always loved Doyle and we’ve had a great relationship that goes back a long time.  We’d started some talk last year when Doyle and Alissa (White-Gluz) came out to do some stuff with Metal Allegiance, and it just became an ongoing conversation over the past year.  Now that it’s official, we’re extremely excited to be able to not only push out this new DOYLE record, which is amazing, but all the killer MONSTERMAN titles via EMP.”
In addition to the upcoming release of As We Die, EMP/MONSTERMAN will release several limited edition vinyl configurations, a CD reissue of ABOMINATOR, the upcoming LP from DEAD GIRLS CORP, and several additional 2017 releases.
Doyle will be going on an extensive European tour in February 2017, including several dates in the UK, Germany, Austria, Italy, Hungary, and more. VIP and Meet and Greet passes are available at www.officialdoyle.com. 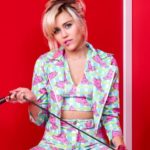