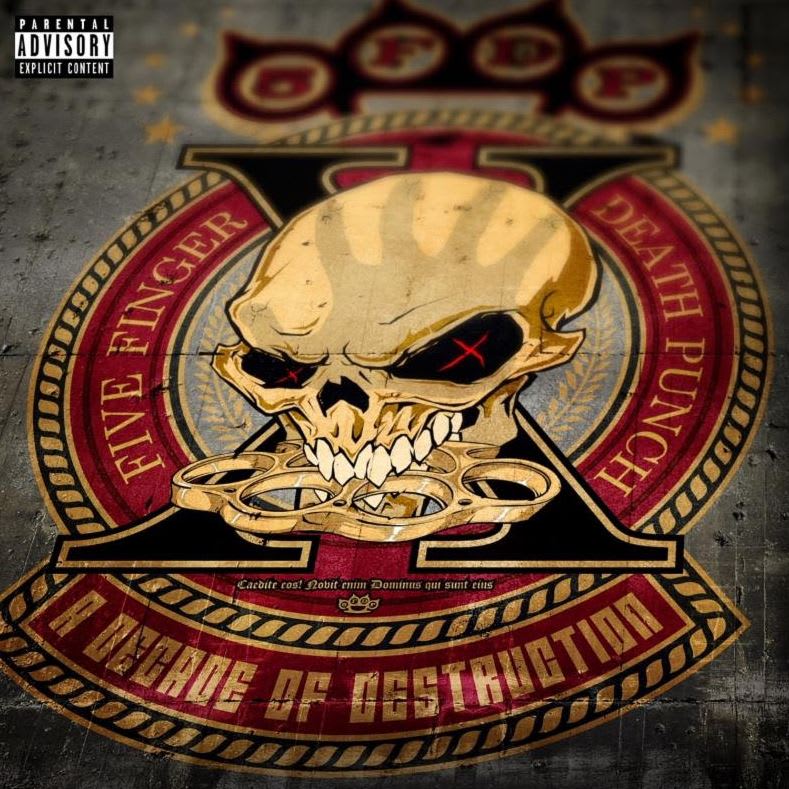 “Knuckleheads”… have you picked up your copy of A Decade of Destruction? This compilation album is out now, and a must-have for every Five Finger Death Punch fan.

The track list for A Decade of Destruction includes: Trouble, Gone Away, Lift Me Up, Wash It All Away, Bad Company, Under And Over It, Wrong Side Of Heaven, House Of The Rising Sun, I Apologize, The Bleeding, Jekyll And Hyde, Remember Everything, Coming Down, My Nemesis, Battle Born, and Far From Home.  If it were up to me, I might have titled this compilation “All Killer & No Filler”. With a decade of sold out shows, major festivals appearances around the world, and endless hits to top it all off, it had to be hard to choose the track list. Props to whoever chose the tracks. They are the best of the best of Five Finger Death Punch.

The band needs no introduction, but for those of you who need be reminded of the force that is Five Finger Death Punch, the band is: vocalist Ivan Moody, guitarists Zoltan Bathory and Jason Hook, bassist Chris Kael, and drummer Jeremy Spencer.  After seeing Five Finger Death Punch more times than I can count, I can say first hand every time the band steps on stage you’re sure to be treated to a fist full of metal that will blast the skin off your bones and ignite your cold metal soul. Each song is not only hard, fast and moshable, but they also have some of the best lyrics in music.  “I can’t explain who I am. Cause there’s no excuses. This is who I meant to be. There’s no regrets, I don’t care if you believe. There’s no excuses. This is who I chose to be. I don’t look for trouble, trouble looks for me…”.  These are lyrics from Trouble and just a taste of the ear candy on this album.  One reason I am a Knucklehead is that Five Finger Death Punch has made an art of telling people to fuck off through their lyrics. At the same time the band showcases how they take no shit, they are who they are, and they are a true force. Yet in some songs like “I Apologize”,  lyrically, the band shows a more sensitive side… “One day I’ll face the Hell inside me. Someday I’ll accept what I have done.  Sometime I’ll leave the past behind me. For now, I accept who I’ve become. And now I see clearly.”

Finger Death Punch is a band that shows genuine love to their fans. They are huge supporters of the military, as evidenced in much of their music as well as on stage. One of my favorite songs of all time is “Wrong Side of Heaven”. “I spoke to God today and she said that she’s ashamed. What have I become? What have I done? I spoke to the devil today and he swears he’s not to blame. And I understood ’cause I feel the same. Arms wide open I stand alone. I’m no hero and I’m not made of stone. Right or wrong can hardly tell. I’m on the wrong side of heaven and the righteous side of hell.” We had the privilege of seeing this video debut for the soldiers at Nellis Air Force Base in Nevada. The band was on hand for a meet and greet with the soldiers and their families and were more than gracious as they spent hours meeting and chatting with soldiers and their families. When the video hit the screen, there were no dry eyes in the crowd. It was one of the most amazing events I have ever had the honor of being part of. Horns up to Five Finger for their support for our men and women in uniform.

But wait, there is more: Five Finger Death Punch will be releasing their 7th full-length studio album in spring 2018 via Prospect Park Records in North America and Eleven Seven Music internationally.

CLICK HERE to purchase A Decade Of Destruction on Amazon and HERE via iTunes. The album is also available to stream via Apple Music and Spotify. 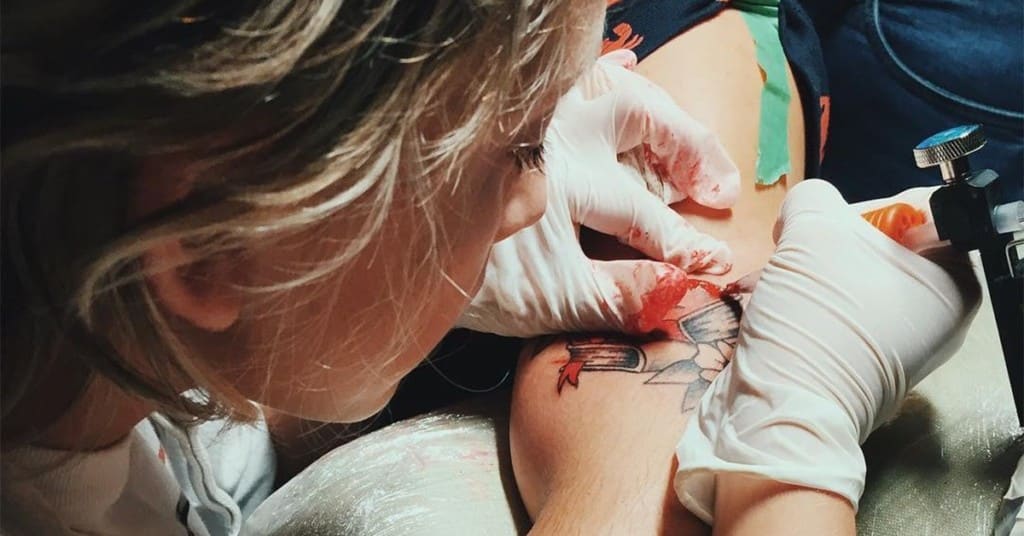 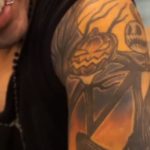