Recorded over three years with Icelandic music producer Geir Brillian Gunnarsson, the album is a dazzling work of art.

While speaking with the Sydney Sentinel’s John Moyle, Ben Aylward explained, “Me and Hiske wanted to do something different musically and while it is not new music, it is different music. I wanted to slow it down and make it more like an old-fashioned record when people used to make albums where the whole album was an entity and not just 10 individual tracks. We set out to achieve continuity and atmosphere where it is cresting a mood and it has a similar feel all the way through.”

Made up of Hiske Weijers (vocals, bass, keys, loops), and Ben Aylward (vocals, guitar, drum machine, loops), when playing live, Fabels is joined by Tim Powles (The Church) on drums, samples, and electronics.

Comprising eight tracks, the album begins with “Open,” which travels on shimmering, gleaming guitar flavors, all shiny and chrome, as Hiske’s pensive voice imbues the lyrics with delicate hues and beguiling timbres.

From a subjective viewpoint, highlights on the album include “Takko,” riding low-slung mystical aromas as Hiske’s spine-chilling vocals infuse the lyrics with dryad-like tones, at once eerie and exotically mysterious.

Complex and full of lingering icy ambiance, Minds is unlike anything you’ve ever heard before, yet oh so captivating and mesmerizing. 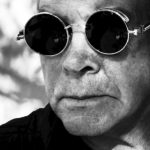