Minneapolis rockers Late Night Fights have released the Offical Music Video for “Prison“, a single off their latest release Renal 911.  The video was directed by Colton Otte of Blue G Productions.  Portions of the video were shot in the band’s hometown of Cumberland, WI.  They wanted to create the feeling of being lost and in the cold- trapped with nowhere to escape your thoughts and life’s challenges.

“This video is dedicated to those who feel trapped, lost or like there’s nothing you can do to make things right. Hold close in your hearts all of the talented, spirited, and influential beings that fought the vice grips of depression, addiction, and suicide. We miss you dearly.”  – Late Night Fights 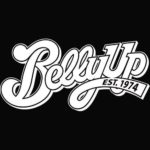