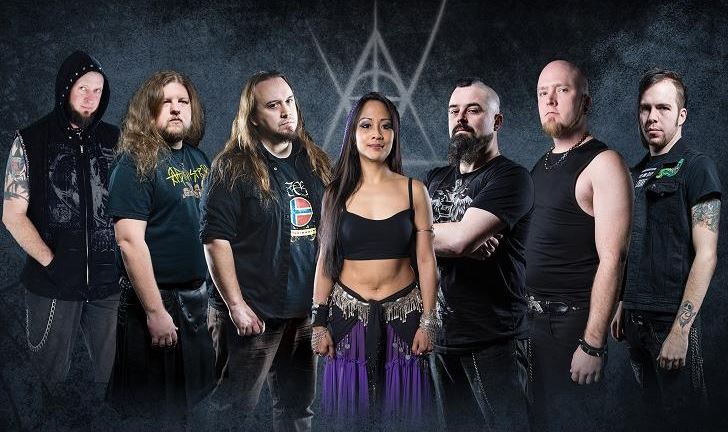 Atlanta-based rock/metal/industrial band Inviolate has released their brand new music video for “Broken Cycle”, the second single from their August 2017 full-length CD “The Insomniac’s Dream”. The video was shot partially in the concrete complex of the Safety Wolf facility (which was converted from a full-scale industrial truck stop and hotel) in Conley, Georgia, and also at Atlanta’s Big Peach Studios by videographer Chance White of White Flame Studios. Watch the video here on YouTube.

“Broken Cycle” features seven members of Inviolate’s “2.0” lineup (click here to read about Inviolate’s unique band member configuration) as well as the Sisters of Anarchy, a troupe of modern fusion bellydancers wielding scimitars in a choreography that vocalist Kadria created specifically for the video. “This video showcases for the first time how Inviolate 2.0 works with rotating members on any given 4-person lineup. The final chorus shows every member who played on the video (and album) in single shots of all 7 of us rocking out,” says Kadria. “We’re one huge extended family, and we wanted to visually represent that through the entire video.”

”Musically we wanted the song to build from soft and haunted at the beginning to a feeling of resolution and agency by the end. You’re taking a stand and saying ‘I refuse to play the victim to my circumstances’ but there’s acknowledgment that you can’t always go at it alone. You have people in your corner who have your back when you might falter. The imagery of the swordswomen embodies that aspect of the lyrics.” 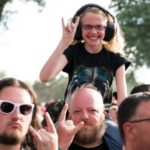