Oftentimes we view tattoos for their surface value– a strictly visually aesthetic quality, which limits us from truly understanding its meaning and more importantly, the person beneath the skin. For some, tattooing is a way of paying respects to culture and heritage. Many styles of tattooing adhere to precise placement and origin. Tattoo.com was able to sit down with Trivium frontman, Matt Heafy, to discuss in depth the cultural representation surrounding his ink, the historical background of each piece, the significance of timing and placement, and the correlation between tattooing and music. Take a look at what the Orlando, Florida heavy metal mastermind had to say about his Japanese influences and their relationship with Trivium’s latest album, “Silence in the Snow.”

How would you say the music industry has influenced tattoos and body art?

I think the music industry has definitely made tattoos a more acceptable thing in popular culture.  I think that before music became an “industry”, it was the ancient Japanese who influenced tattoos by turning them into an art form.  Unfortunately now it seems like Japan is regressing to being against tattoos. But with the rest of the world, I think it’s funny because of all the stereotypes about tattoos kind of work. For instance, if you see a person who looks like they’re in a band and they’re covered in tattoos, chances are they’re probably in a band. I think it’s a great thing that tattoos allow bands to express themselves – and in this sense, the music industry doesn’t have the same limitations that other industries have. I also think that music is another way people can express themselves and who they are as a person.

Photos of your bare ass have surfaced online. Tell us a little bit about this ongoing back piece, where you got it done, and the intention behind it.

It’s funny because when I first started the back piece, I was about to post a picture online and said to my wife, “You know… we should censor the butt crack.” It was mainly so it wouldn’t get pulled off of Instagram. I was also thinking that I had quite a few friends with younger kids whose parents would want to show them the tattoos, but not necessarily show them my butt. So we censored the butt crack and no one mentioned anything about it. And then when we started taking newer pictures we thought, “Well if we censor this, then it’s gonna cover quite a big chunk of art.” So then I said to myself, “There are plenty of Instagram celebrities in the world that are showing their bodies all the time, except they’re not really showing anything other than just their body. They’re not really showing tattoos, or artwork, or something that’s culturally significant. They’re just trying to get followers.”

I thought there would be double-meaning with tattoos and me making a joke about Instagram fame. So I did that, and a lot of people— mainly 16 to 24-year-old dudes— were not too stoked to see another dude’s butt online. I remember there was one person— it got pretty nasty between him and another one of the Instagram girls that were on there. I think it ended up getting censored or pulled. But that’s that.

What the piece is— it’s my artist’s representation of “Susanoo versus Yamato no Orochi.” Yamato no Orochi was an eight-headed serpent that was living in the sea. Susanoo was one of the gods of ancient Japan who came down to battle the creature to save a woman. He had to get eight giant vats filled with sake and get each of the serpent heads drunk. Once he did this, he could battle the demon. The story is actually pretty amazing. Kahlil Rintye is my tattoo artist. He works at Tattoo City in San Francisco at 700 Lombard Street. Kahlil has done most of the tattoos on my body. The first piece I ever got was by a guy named Brian Bruno who was also at Tattoo City.

Can you tell us about the rest of your tattoos and what they mean to you?

I have four tattoos. My right arm was my first piece. It’s Brian Bruno’s representation of an early Japanese piece by Kitagawa Utamaro. It was called “Ascending Dragon.” That was when our album Ascendancy was about to come out – it felt like the stars aligned. Kitagawa Utamaro was known more for his pieces of Geishas- I had never really seen him do a dragon piece. After doing years of research on a wooden triptych of the dragon, I had Brian do this piece. I thought he would be the best American tattoo artist to do Japanese tattooing.

From there, Kahlil moved into Brian’s spot (Kahlil was also trained in Japanese tattooing).  He ended up doing my second tattoo which is on my left arm. It is an interpretation of an old piece in Japanese storytelling done by Yoshitoshi.  It’s of a samurai named Watanabe no Tsuna fighting Ibaraki no Doji at Rashomon gate. I believe that piece was created in the 1700s or 1800s, so I had Kahlil basically duplicate it on my left arm.

Then I have my wedding band tattooed on my left hand, and that’s a Japanese “Ensō,” which is an existentialist symbol based on the philosophies of perfection, imperfection, completion, and incompletion.

Does your wife have any tattoos? Any that match yours?

She has an old school diamond for her wedding ring tattoo. We don’t have any matching tattoos, but her whole right arm was also done by Kahlil. She has Japanese flowers and flower patterns as well as kimono textiles that make up her right sleeve. She had a Japanese rabbit added to her wrist and her left arm was done by a collection of female tattoo artists from around the world.

A female Japanese artist did the Japanese lucky cat (on her left forearm), which is Maneki Neko, done by Kyon at Chopstick Tattoo in Osaka, Japan.

I think it’s really cool that she is a woman who has all women tattoo artists on one arm.

How old were you when you first fell in love with tattoos, and what started the addiction?

I think it might have been around the time I started touring, which was when I was maybe seventeen or eighteen. I started noticing more that people had tattoos. I liked that form of expression and thought it was really cool, and it was something that I wanted to do. But I knew that if I were to do it myself— everything I’ve ever done in life, I’ve gone to the full and have really been extreme with it— it had to be well thought out. So I was thinking to myself that it had to be Japanese, and I’ve always considered myself to be half-Japanese, and I have always been really into everything that is Japanese culture. I knew that it had to be traditionally Japanese in traditional Japanese places. So everything I’ve gotten so far has been a representation of an old classic Japanese piece in only traditional places that Japanese tattooing would permit. Except for my ring finger, obviously— Japanese tattooing never goes past the wrist, neck, or ankles. That’s one thing that I wanted to get, because I’m also big into Brazilian Jiu Jitsu, and wearing a wedding ring, being a guitar player, is kind of risky.

Tattoos can be pretty painful, yet some people can also be masochists. What were some painful and pleasurable moments of writing and recording Silence in the Snow?

Luckily, this record went by really smoothly. We’ve had ones that have been slightly more disastrous. What I really love about it is that with Silence in the Snow, it was inspired by a tour in Japan back in 2007 with Heaven and Hell. I had never seen Heaven and Hell before, so we watched them that night and got to meet Dio, and he was super welcoming and humble.  He was really nice to us, so afterward we were all inspired and started writing the music to the song “Silence in the Snow” way back in 2007. We kept that on the back burner and never really planned on releasing it. One day in 2013 it was finally said that we should bring “Silence in the Snow” back for the next record. The title comes from a Japanese piece based on “Yuki no Danmari” from the Suikoden series about two warriors battling in the snow. “Yuki no Danmari” translates to “Silence in the Snow.” 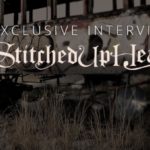