Exclusive Interview: Will Anthony, the Superstar of the PMU Industry

Will Anthony may not be a household name in the tattoo world but in the niche of PMU (permanent makeup), he’s a rockstar. Known to those in the industry as the Makeup King, he travels across the world teaching others his techniques in his one of a kind seminars and courses. Will’s courses are for advanced training only and he currently owns the trademark for Smoky Lash Enhancement®, making him a legend in the industry.  Recently, I had a chance to snag a few moments of the Makeup King’s time and got to know the man behind the perfected makeup techniques.

Let’s start with the typical interview question first. Can you tell us a bit about yourself and how you got involved with the world of permanent?

I worked at a tattoo shop when I was in high school and was fascinated by the tattoo lifestyle. I then went into the Navy and it was there that I learned how to tattoo. I had an endless amount of human canvases to practice and work on, and it also made me a rock star on the ship. After I left the Navy, I opened a tattoo shop and a couple years later I saw an ad in the back of a tattoo magazine advertising permanent makeup and I thought it was interesting. Once I saw the permanent makeup work that was out there at the time, I knew I could do it better and be super successful.  I’m pretty much self-taught in tattooing and in permanent makeup.

Have you always been interested in this career path or is this something you stumbled upon later in life?

When I started doing permanent makeup in the early 90s there really wasn’t an industry for it yet. People’s talents were limited. While I was doing traditional tattoos, I saw an opportunity to break into this field.  Even from the early stages of my career I’ve always been an innovator and tried to figure out how to keep things fresh and take things to the next level.

Can you explain to our readers the differences between permanent makeup tattooing and “regular” tattooing? Do you use different pigments, machines, aftercare, etc?

From the beginning, permanent makeup has always tried to separate itself from tattooing. However, in the last few years, we have seen a full transition where permanent makeup artists have realized where their roots have started and begun using some of the techniques from tattooing to improve their work. My opinion on machines is that if you are talented you can create great work with any machine. Each machine has advantages and disadvantages for different procedures on the face. Just as in construction you can’t build a house with one tool, in permanent makeup you cannot do a whole a face with one machine. Basically, a tattoo is a tattoo so using an aftercare product like After Inked® has an advantage in both. We have actually teamed up with After Inked® to tweak some of their products and customize it for the face.  The formula for a good permanent makeup procedure is good pigment, good equipment, good technique, and talent. But most people don’t realize how important aftercare is though in that equation. I feel that using pigment specifically designed for permanent makeup has an advantage in healing and allowing it to look natural. A lot of people say permanent makeup pigments are overpriced, but when dealing with insurance companies, having all the right tools in your arsenal is important. Just like equipment, you always want to deal with pigment and aftercare companies who are licensed and insured. The last thing you want to do is put cheap pigment or cheap aftercare products in someone’s skin.

Not just a permanent makeup artist, you are also a multi-studio owner—Can you tell us about your shops? (ie: are they corporate-style and similar in appearance and style or do they each have their own unique look?)

If you ask anyone online, I am the furthest thing from corporate and I definitely do not fit the typical model of a permanent makeup artist nor a conventional tattoo artist. My shops are extremely unique in style and appearance and are designed to create the closest thing to a sterile environment in tattooing and permanent makeup. I definitely have a reputation in the industry for being very diligent about cleanliness and preventing cross contamination.

You’re a busy man… in addition to running two studios, you also travel on occasion to give seminars, lectures, and training sessions. Do you have any upcoming events we should be on the lookout for?

My fiancé and I just announced we are with child, so the end of 2018 will be more concentrated on working out of our Florida office and less travel. We are trying to host top trainers from around the world in our Florida office with the exception of traveling for the biggest event of the year, America the Beautiful PMU Conference in Beverly Hills on July 18th-20th (www.americathebeautifulpmu.com). For this event, we have tried to create a conference that is a mixture between a tattoo convention style and a permanent makeup style conference to give students a more hands-on interaction and learning experience.

Every tattoo artist has an off-the-wall funny story about a client, a situation, or a tattoo that has come across their chair. Do you find yourself with any off-the-wall stories in your studios?

So, give us the skinny… Are you a family man or a bachelor? Do you find it difficult to balance your personal life with your life as an industry giant?

I am engaged to my Director of Operations, Kristin Cooper, and as I mentioned, we are expecting. I feel it is important to be in a stable relationship being away from home as much as I am. Traveling seems to be a huge part of being successful in this industry.

Does permanent makeup tattooing have a different set of regulations and laws than standard tattooing? If yes, which is stricter? If no, do you think it should?

Each state has different sets of regulations and some have none at all. In most states, permanent makeup laws fall underneath tattooing laws and are usually governed by the board of health. The states that have no regulations at all have people lobbying to have it regulated but in my eyes, that is a double-edged sword. When the regulations come, they will usually be written by someone who doesn’t have much knowledge of the industry. Regulations are good but sometimes come with a price.

You recently announced a partnership with the tattoo aftercare giant, AfterInked. Can you fill us in on this partnership and what we can expect to see from it?

Teryn Darling from Girlz Ink and I have created a company together called Twill®. There are thousands of artists who do permanent makeup that have been using After Inked® successfully for years, but what Twill® is creating are products geared more towards permanent makeup specifically. We are working on many products with After Inked®. I would like to give a shout out to Bill and Andrea Gerber, and Scotty for the opportunity to work together. We have been in the lab for months, product testing and engineering, so be on the lookout for Stay® aftercare, which will hopefully be launching early summer 2018.

When it comes to your own tattoos—do you prefer a specific style, or do you have a variation on your body? Did you do any of them yourself?

One of the cool things about my job is getting to travel around the world. I have collected tattoos from New Zealand to Portugal. I would say that my body art resembles me as a person, eclectic and funky. Being successful in life has given me the opportunity to choose top artists to work on me. My plan is to cover 100% of my body within the next few years.

Do you have any hobbies outside of the permanent makeup industry?

When at home in Florida, we are definitely homebodies. We like to relax and play with our dogs. I’d say my main hobbies are fishing, and art and design. I am a pretty good home decorator and our house was just featured in the Sarasota Tribune last year for my design work.

What advice would you give to a tattoo artist looking to break into permanent makeup?

Choose your trainers wisely and do your research first. Even though tattooing and permanent makeup are extremely similar, when making the transition you have to leave some of your tattooing habits with tattooing. Not everything is transferable to the face.

Contact [email protected] We have offices in Port Charlotte, Florida and Verona, NJ. My updated training schedule is on willanthonycosmetics.com.

And just so you have it… 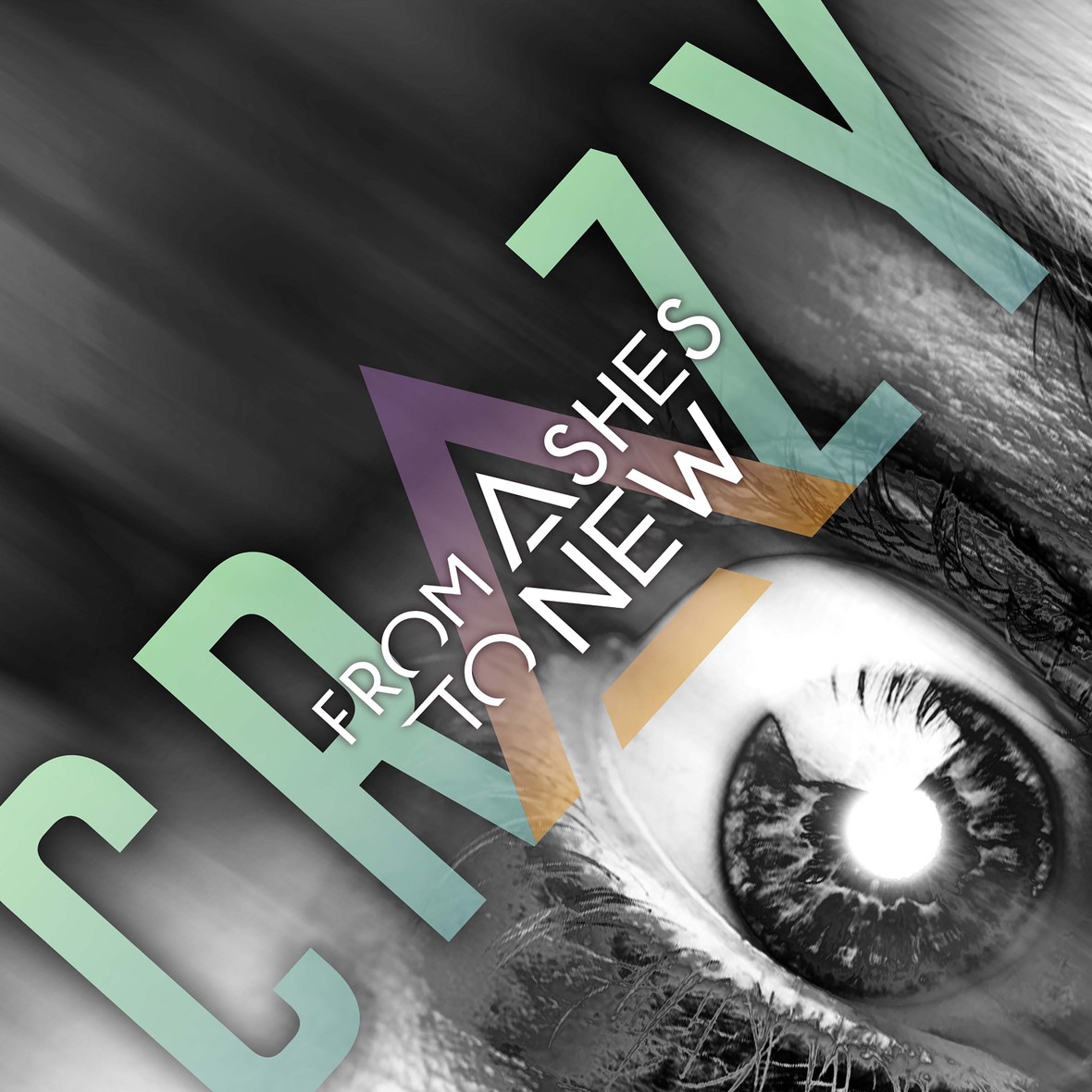 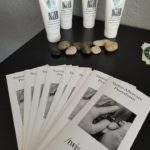