If you’ve never heard of Mike Portnoy, then there’s a pretty good chance you’ve been living under a rock for the past 20+ years!  Portnoy was the drummer, backup vocalist, and one of the founding members of Dream Theater, an amazing prog metal/rock band that has influenced bands like Avenged Sevenfold, Opeth, Stone Sour, Trivium, and plenty of others that you probably listen to every day.  Currently,  Portnoy is touring the world with The Winery Dogs, a 3-piece band he describes as “a modern-day version of Cream or Led Zeppelin.”

I was honored to interview the legendary drummer before his show at the Canyon Club in Agoura Hills, CA with The Winery Dogs.  Sit back, relax, and learn about his tattoos, the meaning behind them, his favorite artists, music, and more.

ML:  What was your first tattoo and why did you get it?

Portnoy:  It would have been 1988…which would have made me 21… and it was right after Dream Theater signed our first record deal and it was this:

The Dream Theater symbol- which now I’ve seen on literally thousands and thousands of people [fans] all over the world… but I was the first!

ML:  Can you walk us through some of your favorite pieces and give us the background behind them?

Portnoy:  When I first started getting tattooed, I would say the first 10 or 15 always had meaning. Now, it’s just art. The Dream Theater symbol was the first, then I got this flaming heart when Dream Theater did the Images and Words album.

I was pretty much getting one for each Dream Theater album at the time. Then I got the Carpe Diem tattoo when I wrote the song A Change of Seasons. The Infinity symbol when we did Falling Into Infinity – so like I said,  the first half dozen or so were pretty much Dream Theater related.

It got to the point where I got family stuff, like when my kids were born – I got their footprints on my back.

ML:  I see a little Clockwork Orange in there

Portnoy:  Yeah well Stanley Kubrick is my biggest hero of all time, so I wanted to get something Kubrick-related. But as time went on, I started collecting based on artists that I wanted to collect from – so that was Bob Tyrell in Detroit.  He’s such a badass – unfortunately when I hooked up with Bob I already had all my sleeves done.  I wish I had more real estate, but I only had that one little spot- so Bob did that.

This is Corey Miller who did TAMA and Sabien (which is cool, because Corey’s a drummer):

Chris Garver did this whole arm – the snake and the owl.

Kat Von D did my legs – my dog’s portraits – she did all 3 dogs.  A lot of these artists, I’ve had them sign them too – if it’s a really cool artist that I dig working with, I’ll have them sign [their tattoos] as well.

ML:  Are there any artists you want to work with in the future?

Portnoy:  No – to be honest, all the people that I got are people that I wanted to work with.  Like I said, I just wish I had more real estate for some of these people.  I got most of my tattoos in the 90’s and early 2000’s and it wasn’t until later on that I started discovering all these really cool artists that I wanted to hook up with – and at that point, it was too late.  So I think the next thing I’ll do is get into tattoo removal [laughs] and start over!

But I got a lot of band stuff as well, like, that’s King Crimson:

My whole [right] leg is a tribute to all my favorite bands -The Who with Keith Moon, then Led Zeppelin, John Bonham, The Beatles – Yellow Submarine and Sgt. Pepper, Frank Zappa’s Mustache, and Pink Floyd Hammers. Talk about wearing your influences on your sleeve – this is quite literal!

ML:  You’re wearing them on your calf!

Portnoy:  Yeah exactly! And then, what else… this is pretty cool (points to his left leg). Me and Charlie Benante got these together at the Big Four Show in California and we got matching tattoos.

ML:  He had his whole drum set wrapped in that, right?

MP:  Right, well it started with this – cuz me and him did a thing the day before (The Big Four Show) and for some reason I mentioned to him it would be cool to get the Starbucks logo with “Forever Metal” so me and him got the matching tattoos at the Big Four Show and now he’s made a whole thing out of it – he’s got a merchandise line with it and everything- (points to the camera) I came up with it Charlie! (laughs)

ML:  Let’s get into some of the stuff with the Winery Dogs. It’s the second album – how do you guys feel about it? How is the tour?

Portnoy:  The album is really cool because now we’re a band when we made this record. When we made the first record, it was really just an experiment- the three of us coming together we didn’t know what the hell was going to happen. Now making this record we’re a real band that’s been on the road for a couple years and we’ve played hundreds of shows.  As far as the tour – the tour is awesome. We’re only a month in we’ve been going throughout the states and then from here  we go to Europe, Japan, South America, and all over the rest of the world.  We’re probably going to be out until at least next summer or fall so it will be about a year or so on the road.

ML: How have the crowds been so far?

Portnoy:  It’s been great man, really cool, everywhere we go, the fans… they just love this band.  We come from very different backgrounds, me, Billy, and Richie, but everybody coming into these shows is either a Mike Portnoy fan, a Billy Sheehan Fan, a Richie Kotzen fan – but they always leave a Winery Dogs fan.

ML: Also you coming from Dream Theater and everything else you’ve done, what are doing outside of Winery Dogs?

Portnoy: Believe it or not, I’m in six bands. So the Winery Dogs is my main, full-time band but I also have Metal Allegiance which is a project  with myself and the guys from Megadeth, Anthrax, Slayer, Pantera, Lamb Of God – my full-on metal project. I’m also playing with Twisted Sister at the moment helping them out – AJ passed away this year, so I’ve been helping out with their remaining shows.

Then I have a bunch of prog bands, like Transatlantic is a prog project I’ve had for 15-20 years now, then Neal Morse – Flying Colors, which is my band with Steve Morse and a few other guys – just lots of stuff… lots of stuff.

ML:  Being a drummer I have to throw this out there – the K-9 Monster – let’s get into it – because you are going back to the traditional double bass, which I’m a huge fan of and I’m glad you’re doing it – you have the toms set up – the old 70’s style.  Can you give us an idea of what you’re doing right now?

Portnoy:  Well I’m playing a bigger kit again.  For most of my career I always played these mammoth, mammoth hundred-piece drum kits – I always had these monster kits – the Siamese Monster, the Albino Monster, the Purple Monster – after I left Dream Theater I wanted to try different setups – and with the Winery Dogs with the whole first album and tour I scaled it all the way down – like total old school small single bass kit just cuz I’d never done it before. And it was fun, it was awesome, I had a great time doing it, but now I’ve got the itch again for the big kits. So with this tour, it’s building back up so I got the K-9 Monster- it’s not quite as huge as the kits I used to play in the past, but it’s a double bass kit – all single headed toms, all very old school- like the kits you’d see in the 70’s – Ginger Baker, Roger Taylor, and Alex Van Halen.  Winery Dogs is more of an old-school kind of vibe – it’s like if you had a modern-day version of Cream or Led Zeppelin, that’s kind of what we are so I kinda want to have an old-school type of kit.

ML: One last question about the drumset. Did TAMA make that custom for you cuz it seems like it has an old-school Ludwig vibe to it

It was all custom. I’ve been with TAMA for 25-30 years now, which is why I have their logo tattooed on me. I’m TAMA for life. I have a great relationship with them and they get me whatever I need. A lot of the stuff up there is custom made for me.  The snares don’t normally come in silver, so those are custom made for me.  They’ve always been supportive. 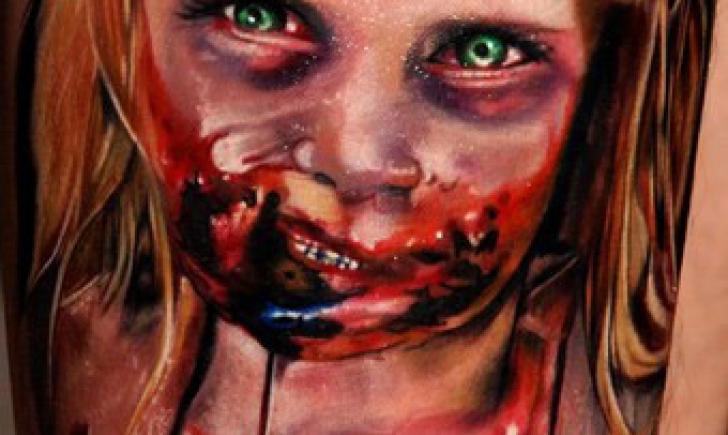 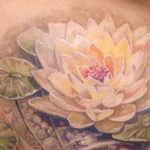