Tattoos and the military have been wrapped in a long-standing love affair since the beginning of written history. For as long as tattooing has been documented, you can find traces of the military interspersed throughout. It should come as no surprise that tattooing is now being used as a method of therapy for those leaving the military life behind to rejoin the civilian world.

One such organization using this method to help military veterans cope with the drastic changes in their life as they re-enter society is Operation Tattooing Freedom. This organization was created to bring artists and veterans together to form a healthy, artistic relationship that is beneficial for both parties.

The organization is sponsored by the international aftercare company, After Inked, who believes in the art form as a method of healing and self-expression. They stand behind the organization proudly.

Recently, I had a few seconds to chat with the founder of the non-profit organization Operation Tattooing Freedom, Lewis Hunt. Here’s what Lewis had to say about his unique organization!

Let’s start with the basics—can you give us a little background on yourself and who you are as a person? 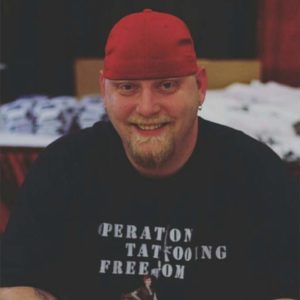 I am 37 years old, born in Houston TX, but raised in Belmont NC. I am the youngest of 11 kids, both my parents are Army Vets. I joined the Navy at 18, served a short time on the USS Kearsarge, and several years onboard the USS Bataan, I deployed on the Bataan right after 9/11 and helped to take the 26th MEU into Afghanistan at the end of 2001 through early 2002.  After 4 years of active duty, I was released due to a knee injury, I rehabbed the knee and went back into the Navy Reserves in 2006 for 3 years. I have been married for 8 years to my wife Jammie, I have a 5-year-old daughter named Emma and a 3-year-old son named Jason.

What exactly is Operation Tattooing Freedom? What do you do, as an organization?

OTF is a nonprofit organization that is dedicated to getting Vets talking about those things that we don’t talk about on a normal basis, either because we aren’t sure how, or we are worried about the effect it will have on others.

We have a conversation amongst those there about where and when they served, what happened to them, and around them, and day to day struggles back in the real (nonmilitary) world

Was there a specific moment when you decided to launch Operation Tattooing Freedom? Did something spark the idea immediately or was it born over time?

About 3 years ago while I was struggling with my own conditions my wife had the idea of leaving our kids with her parents and to head down to Universal Studios for the weekend, go to Harry Potter world and act like kids for a weekend and reset. On one of the days leaving Universal, I saw a Hart and Huntington Shop on the boardwalk, I had heard about the H&H studio in Vegas but I didn’t know about the one in Orlando. So we stopped by and looked around. The young lady working the desk asked us if we would like to get tattooed. I hadn’t planned on it, but I like getting tattooed, so I told her I was interested, I had an idea for a soldiers’ cross on my arm, and she said she had the artist for me. So I came back in the next day and got introduced to the artist, and while I knew I recognized him, I could not figure out at first why I recognized him. I realized I had seen him on Ink Masters, Ryan Eternal was the artist I had the appointment with.

He drew up my Soldiers’ Cross design and as I sat there getting tattooed we got to talking, we were both vets, both seen some of the same craziness in the military, and were struggling with similar issues with jobs, families and a nonmilitary society.

Why do you think Tattoos can help veterans? 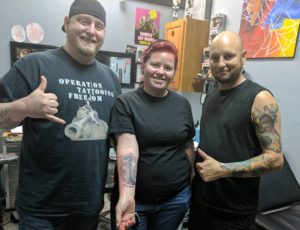 Tattoos themselves don’t help the veterans, it’s the combination of tattoos with the Vet2Vet session talking about those things that they do not normally talk about.

How does one get involved with OTF?

Veterans are able to sign up on our website operationtattooingfreedom.org, artist and others that want to participate can either sign up on our site under the tattoo club link or they can email me at [email protected]

Many organizations like this have a list of approved artists. Do you have such a list, and would we recognize any of the names on it?

We have 30 Authorized Artist so far across the county

How can people find out where OTF will be next?

What goal do you have for OTF in the next year?

I want to continue to add Authorized Artists across the country and continue to improve how we get veterans through our program and into artist chairs. We hope to continue to gain sponsorship from companies and to grow awareness of our program to both the tattoo and veteran communities

Is there anything specific you would like our followers to know about Operation Tattooing Freedom that we may not have touched on in this interview so far?

OTF is a concept whose time has come, the tattoo and veteran community have a long history of respect and taking care of each 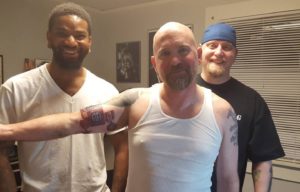 other. Many tattoo artists are vets and those that aren’t tend to tattoo vets on a regular basis. This is just one more way of connecting people in a way that many can be helped with us all working together.

For those who aren’t in the tattooing industry, do you have any recommendation about the best way to help support the veterans out there?

What I always tell people is if you want to help, find something that you love and find a way to help people with it, if you don’t feel you have a specific talent to help others with, reach out to organizations that are helping and see how you might be able to help them. I personally have no artistic talent, but I found a way to partner with those that do to help the vets I wanted to serve. Don’t let anything you feel is a personal limitation stop you from helping those you want to help.

If you’re interested in learning more about Operation Tattooing Freedom, check out this episode of Service & Ink, or visit the website! 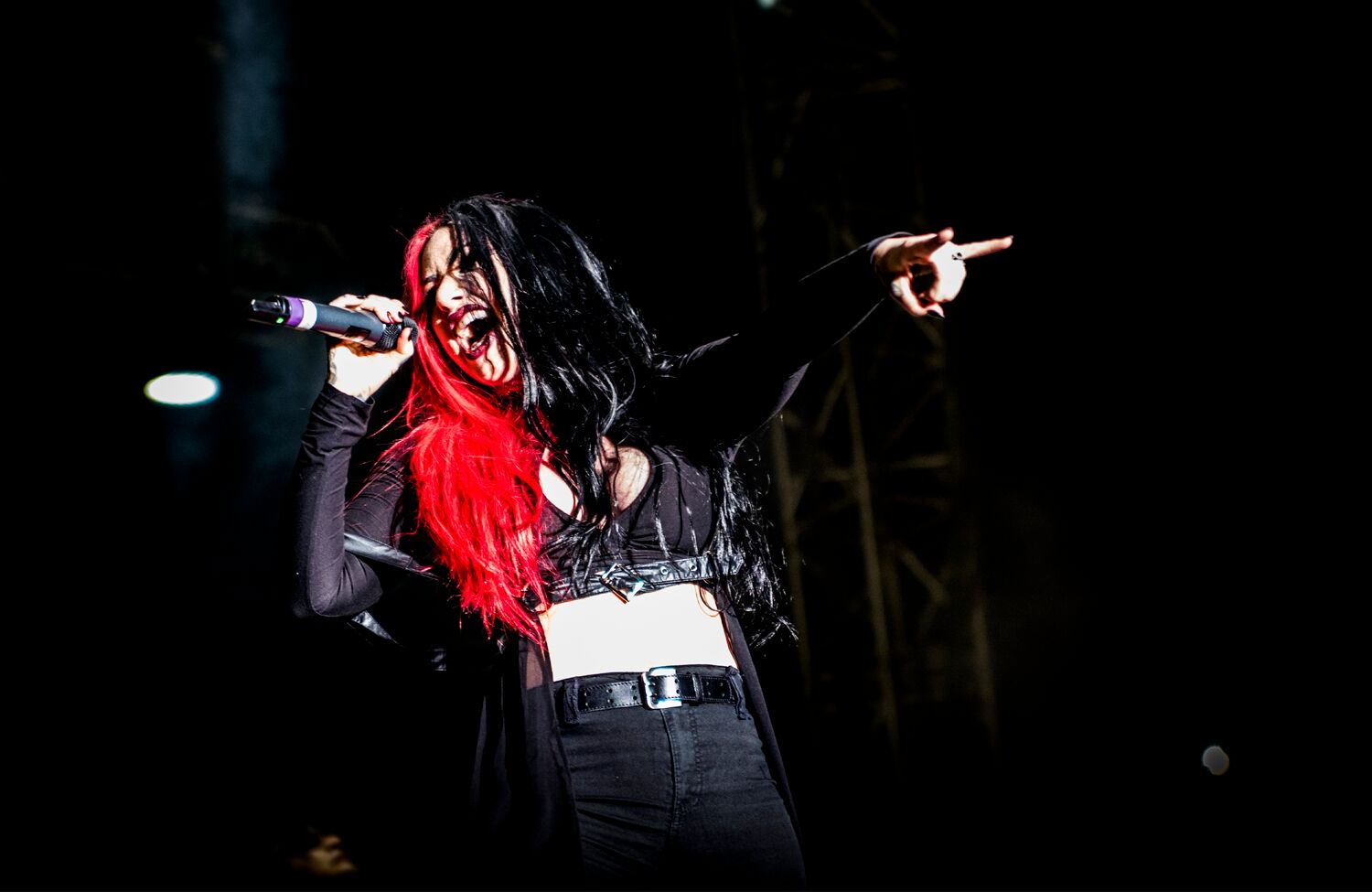 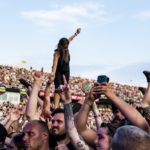