Over the decades, music and tattoo culture have merged to create a seamless bond between artists and listeners abroad.  A larger community of artists has been formed based on the need for personal expression and healing.  Historically, tattoos appeared on criminals, sailors, and soldiers as a means of identification.  Music, especially genre, has influenced and changed the meaning of body art over the years through idolization and positive examples, creatively speaking, set by working bands and musicians.  Tattooing has become more of an art of individual expression as opposed to markers of war, crime, and misbehavior.

Chester Bennington, frontman of Linkin Park and co-owner of the Club Tattoo franchise, sat down with Tattoo.com to discuss the relationship between ink culture and music, the growth within the industry, and his hopes for future development in tattoo technology. Bennington and fellow Club Tattoo owner, Sean Dowdell, partnered up back in 1995 while they were playing in a band together.  Music played a role in their working relationship very naturally.

The overall expansion of the company relied on trust and their ability to enjoy each other’s company and creative input, much like the songwriting process demands.

Club Tattoo emphasizes body art as a lifestyle vs. something just to look at.  Some could even say that body art becomes an addiction, a concept that Bennington has struggled with in the past.  He successfully overcame the addiction through his pursuit of music, the widespread promotion of body art, and self-acceptance.  He described the first experience that got him hooked on tattoo culture and launched his involvement with Club Tattoo as something “very personal and intimate”.  He coins the ability to “suffer through pain for something permanent and beautiful” as the catalyst for his interest in body art.

Tattooing has been a means of therapy for millions of people.  Bennington attributes his well-being to the art of tattooing in the form of “controlling, accepting, and enduring pain”.  For Bennington, tattoos are “reminders of obstacles and milestones that shape the human condition and produce the person he is as each day passes”. Bennington insists that “the accessibility of music and visual art has contributed to the metamorphosis of tattoo culture”.  In the heart of a digital age, accessibility is something that is rarely struggled with.  Technology has both enhanced and limited authenticity when it comes to tattooing, and much of that development has been the result of Club Tattoo’s expansion.

According to Sean Dowdell, “we’ve had a lot to do with the technology advancement in the tattoo industry by designing and developing Interactive Tattoo software, which is a touchscreen integrated program that we use at all of our studios.  It absolutely separates us from every other shop in the world.  Only one year ago we made it available for any studio to purchase worldwide.”

With development comes interesting trends and complicated opinions on the progression of ink culture.  Some people go as far as framing a loved one’s tattoo once they’ve passed.  As technology advances, Bennington brings up the absurdity and possibility within the industry: “I think people who do that are completely missing the point. When I get a tattoo, that’s mine.  If someone can effectively figure out a way to tattoo leather, then that would be fucking cool. But those people who save tattoos from their loved ones are going about it all wrong.  People should be buried with their ink.  That was a part of them signifying that time in their life.”  He compares the preservation of tattoos to living through a screen and not being present in the moment.

Bennington continues to discuss technology and his hope to someday have an artist design a large piece and scan it onto the body. “If I could just stick my arm in a box and have a tattoo scanned onto me in thirty seconds—that would be amazing.”

Technology has also made it possible to research tattoos and new concepts, but ink inspired by bands such as Linkin Park and Stone Temple Pilots can also be found all over the Internet.  Bennington describes his first encounter with an enthusiastic fan tattoo:  “It was weird.  I remember one specifically where someone got my face tattooed on them.  And I know what I look like, so I just think it’s kind of crazy. Like, that’s really cool, but it’s my face.  We design all of our Linkin Park logos so that they can be recognized anywhere you go.  I’ve seen quite a few logo tattoos, which is really cool to know that we can have that sort of influence on someone.”

While he is no longer a member of Stone Temple Pilots, Bennington expresses gratitude and reflects on his time as frontman for STP.  Not many people have the experience of being able to sing with a band they grew up listening to.  In light of the recent passing of Scott Weiland following the interview, Bennington understands that he was there to perform the music as it was written and supposed to be heard.  He strived to do the music and the band justice and decided to respectfully step down from the role as frontman as it became harder to balance all facets of his professional and personal life.

Many people would say that tattoos are often a reflection of personal growth and experience.  Bennington states that the personal growth he has noticed since joining and leaving Stone Temple Pilots has been heavily reliant on his family—being a father and a husband as well as a brother and bandmate to the fellow members of Linkin Park.

Club Tattoo is a wonderfully progressive franchise that honors stunning visual aesthetics in more ways than just the ink itself.  They manage to showcase multi-media art with high-quality jewelry and music performances. Bennington and Dowdell mutually expressed future plans for the company: “We may expand to New York at some point and possibly Europe. We get approached every month to expand but there are only so many things worth doing and only so much time, so we are not in a hurry to fail.”

Find out more about Club Tattoo, its artists, services, and locations by visiting http://clubtattoo.com/ 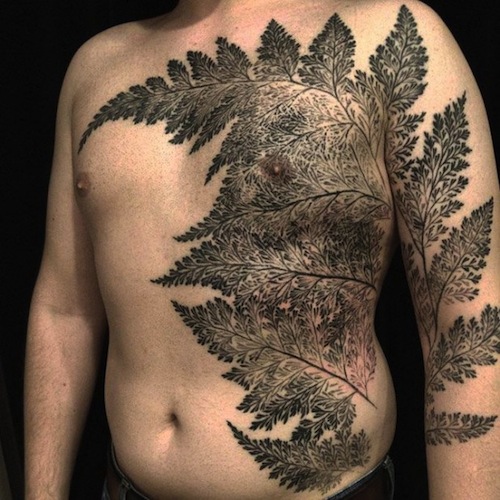 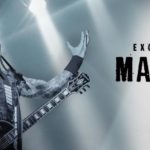