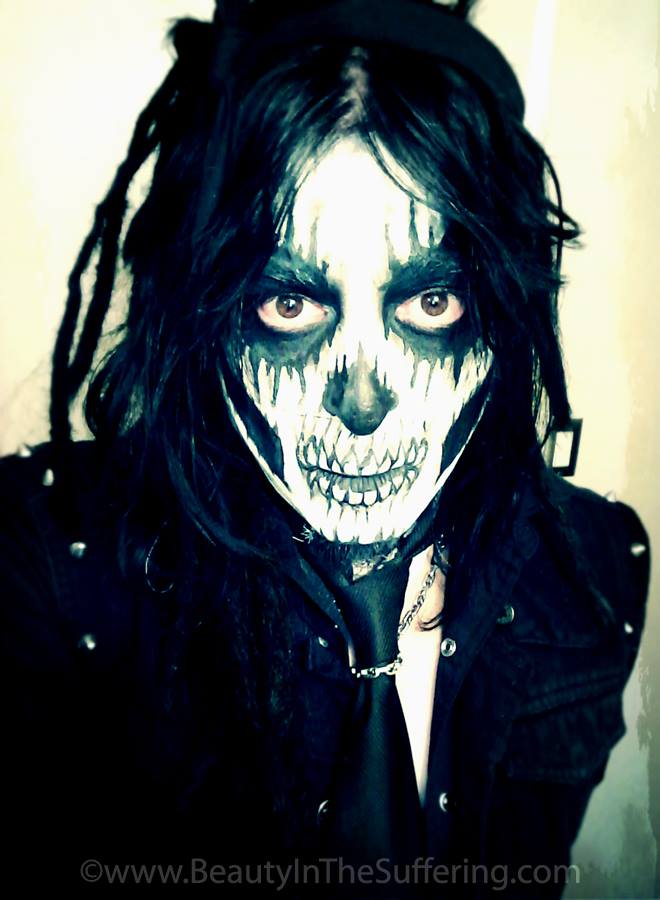 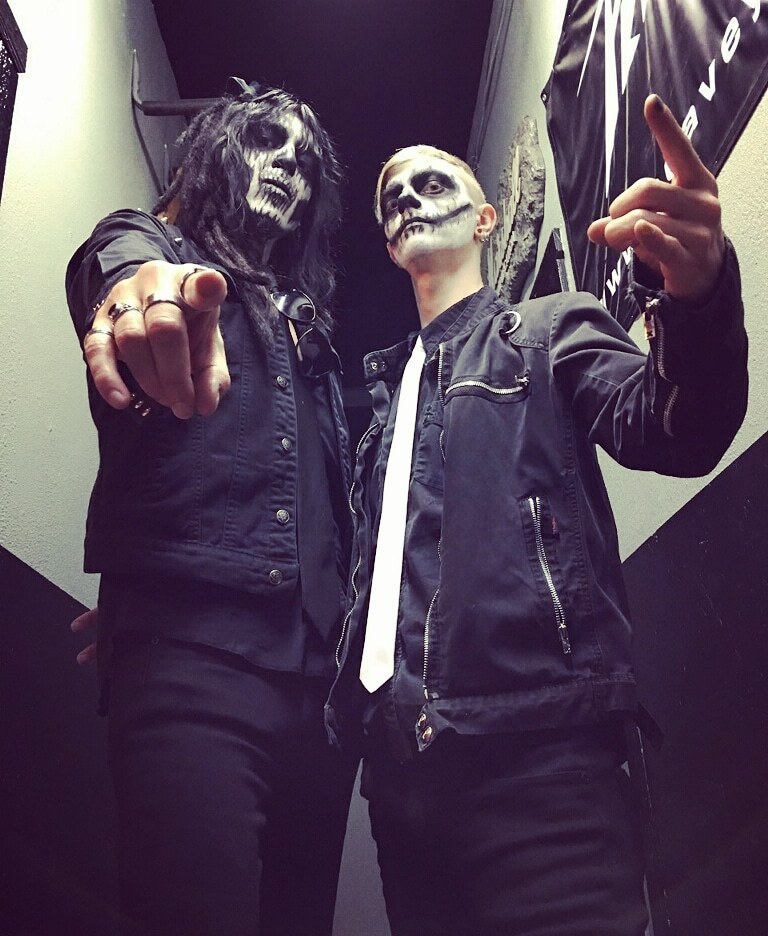 BEAUTY IN THE SUFFERING producer and bassist for legacy fetish/industrial act Lords Of Acid DieTrich Thrall has taken his horror approach in his bands music videos to the next step, co-producing a key scene in the newly released Clown Motel: Spirits Arise.

Released on June 4, 2019 in the United States and set for a drop date of July 29, 2019 in the UK, “Clown Motel: Spirit’s Arise” features Ari Lehman (the original Jason Voorhees from 1980 Friday the 13th), Tony Moran (the original Michael Myers from the 1978 Halloween), Martin Klebba (Pirates of the Caribbean), and Chalet Brannan (Cyborg X, Crepitus). 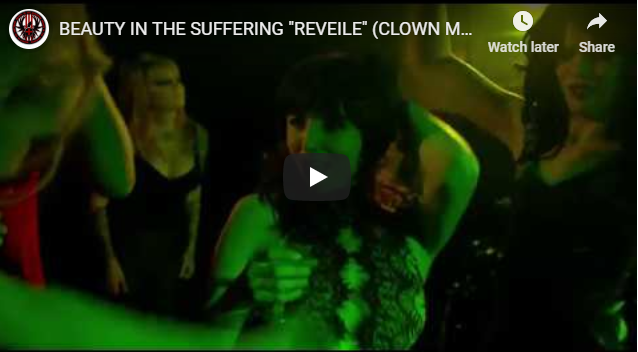 Clown Motel follows a group of ghost hunters, coming from an old ghost town and a bachelorette party, returning home from Las Vegas. When the groups meet up, by mistake, they’re left to discover if the motel is really abandoned and haunted by the souls, of the clowns, that once lived there.

An exclusive performance by Beauty In The Suffering of the song “REVEILLE'”which features producer DieTrich Thrall and drummer Galen Wailing, both of the legacy industrial/fetish act Lords Of Acid, takes place during a key scene.

Writer and director Joseph Kelly weighed in on the collaboration, “DieTrich and his band brought our Las Vegas party scene from Clown Motel to life with a blistering rendition of their song ‘REVEILLE!’ Awesome energy!”

Executive Producer and Film Editor David W Bailey also chimed in, “DieTrich brought fire to the set of Clown Motel with his scorching song ‘Reveille’ that left the cast and crew speechless!”

Executive producer and co-star Don Schell, who plays the part of Chris in the film commented, “Beauty In The Suffering have already amassed a solid fan base with their initial zombie/horror themed music videos produced by mastermind DieTrich Thrall so it only made sense to have him bring his twisted talents to ‘Clown Motel!’”

Guest drummer Galen Wailing: “Having previously worked with Dietrich Thrall in Lords of Acid, I got the pleasure of working with him on his solo project Beauty in the Suffering. Always professional and a great guy to work with!” 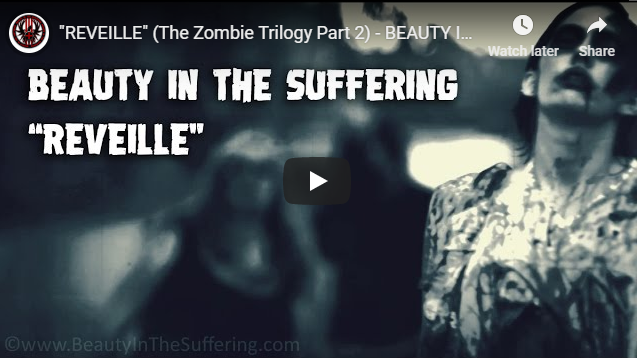 DieTrich is currently on tour in Europe with death metallers TAIPAN. Taipan is touring in support of the album Straight From The Underground which features members of Megadeth, Static X, Ministry, and Xandria. 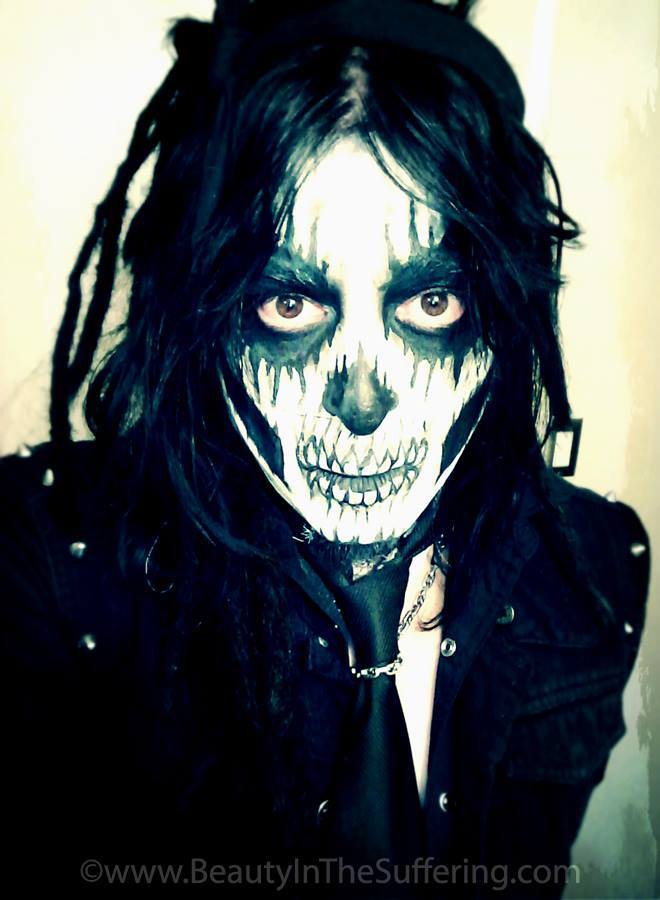 “For their first outing as a new band, Thrall and team decided to adopt a horror motif, beginning with the track ‘The Crazies (The Zombie Song),’ which is no doubt influenced by the horror classics of George A. Romero – not just the film of the same name, but his beloved Dead saga as well.
‘The Crazies’ is the first of three zombie-themed songs to be incorporated into a long-form music video conceived by Thrall (which is currently in production), and you’ll be hearing more about [the] project soon.” – Gregory Burkart (FEARnet.com)

“Beauty In The Suffering is an evolving concept I came up with years ago that best described a sense of optimism during some bright spots of an otherwise massive struggle against overwhelming odds.

Music I have been writing and expressing over the last several years has been uniquely intimate in reflecting those struggles and I am very excited about putting out some fresh ideas that represent the here and now.

Beauty In The Suffering deals with universal themes of love and loss, defeat and resolve, and struggle and triumph.

Everybody has moments where the road looks impossible to pass. But somehow, little by little we manage through our own inner strength and the purposeful placement of fate, chance, and karma. We emerge wiser and with a deeper understanding of ourselves and of our place in the world and – The Beauty We Glean From The Suffering We Have Endured Can NEVER Be Denied..

This is a journey I accepted long ago. I wear the scars of my personal triumph over my struggles with pride and I stand ready to face new challenges.

And, like the phoenix rising from the ashes, this is a new beginning. I thank you all for standing by my side during some very difficult years of active-inactivity. The future is wide open and full of nothing but payoff.” ~DieTrich Thrall 11.18.12

“Beauty in the Suffering’s debut song ‘The Crazies (The Zombie Song)’ is a thunderous assault amidst apocalyptic party lyrics!” – COMA Music Magazine

“[Beauty In The Suffering is a] charging electro soaked metal project that evokes the likes of Deathstars and Motionless In White with its thick and filthy tone.” – Necromag.co.uk 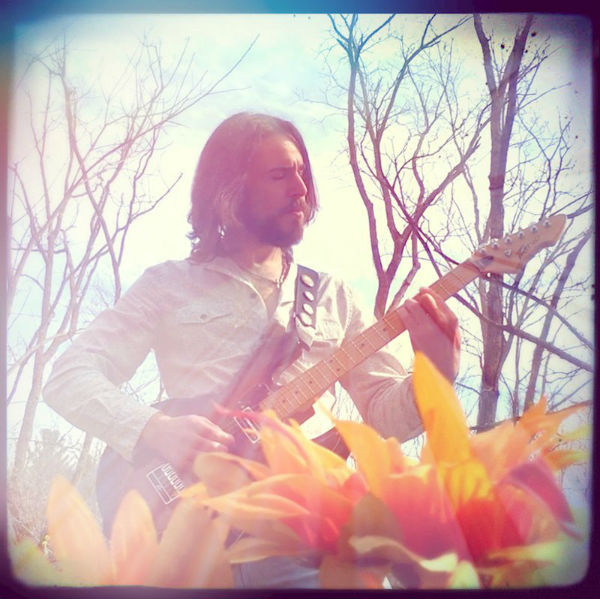 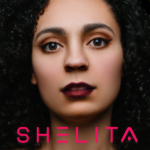