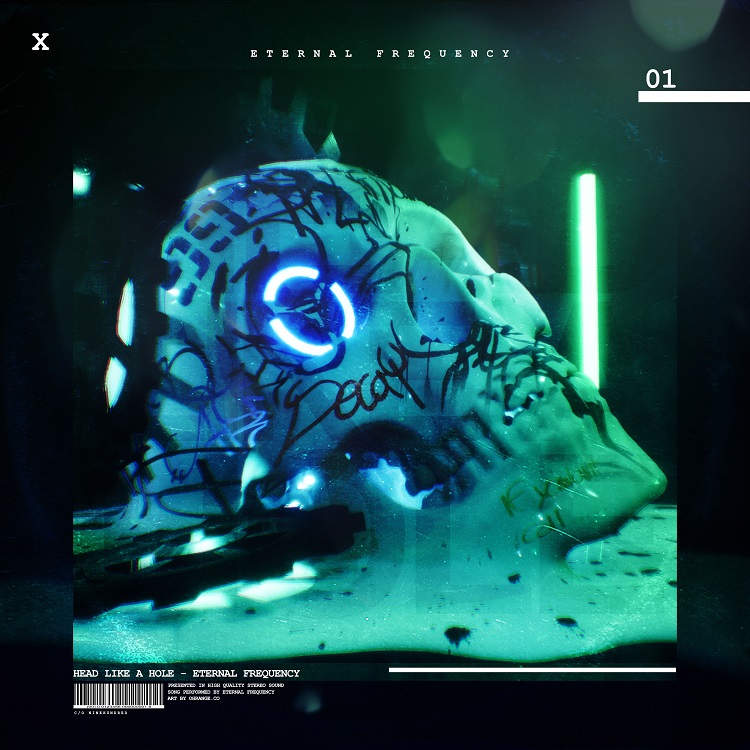 Harrisburg, PA based Heavy Rock band ETERNAL FREQUENCY has released the official music video for their cover of the 1990 NINE INCH NAILS critical and fan favorite Industrial Rock classic, “Head Like a Hole.” A faithful rendition of the 1990 hit single, the band balances the inherent rage of the original with front-woman Emelle Elizabeth’s soaring vocals, resulting in a refreshed anti-anthem that continues to ring relevant in today’s society.

“We’ve always known we had a pretty singer, now our singer has become the Pretty Hate Machine (haha). In all seriousness, it definitely takes some balls to cover a Nine Inch Nails song, but we think that we did it justice and we hope our fans agree. We try to pride ourselves on creating sonically stimulating material with layers and depth. That is exactly why it felt necessary to showcase our interpretation of some of Trent Reznor’s finest work to date.”” – ETERNAL FREQUENCY

Eternal Frequency is a five piece, female fronted hard rock band based out of Central Pennsylvania. Blending influences of Metalcore, Hard rock, and Active Rock, Eternal Frequency brings a new energy that is also dominated by vocalist, songwriter, and frontwoman Emelle. In just under three years as a band they have released several studio singles as well as music videos including “Temptations”, “Parasite”, “What Are We Waiting For”, and their version of Queen’s “The Show Must Go On” (all proceeds going to NIVA – National Independent Venue Association) to the masses and have been reaping nothing but positive energy and reviews from their supporters. They have accrued a massively strong following in the Pennsylvania area and have garnered attention in multiple regional markets.

The band has shared the stage with established artists such as Of Mice & Men, Adelitas Way, Smile Empty Soul, Vixen, and Sponge. They also took home the award for Best New Artist at the 2019 Central Pennsylvania Music Hall of Fame Awards and had the pleasure to honor Halestorm (Inductees) with their rendition of “Familiar Taste of Poison” at the 2020 CPMA’s. In addition EF was nominated for Best Hard Rock Band and Song of the Year. 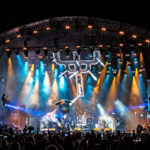