Growing up homeschooled in St. Joseph, Missouri, Dee, Isaiah, and Solomon didn’t have a lot of things to do, so they spent most of their time listening to their father’s vast supply of punk, rock, and metal records. The brothers developed a strong musical bond and started their own band in 2010.

Radkey is currently playing shows across the U.S. Their next performance is tonight in Portland at Hawthorne Theatre Lounge. For more tour dates, click here.

Click below to experience “Dark Black Makeup” by Radkey 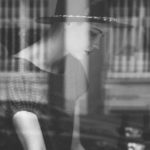