Egyptian Women – the Start of the Tattoo Culture 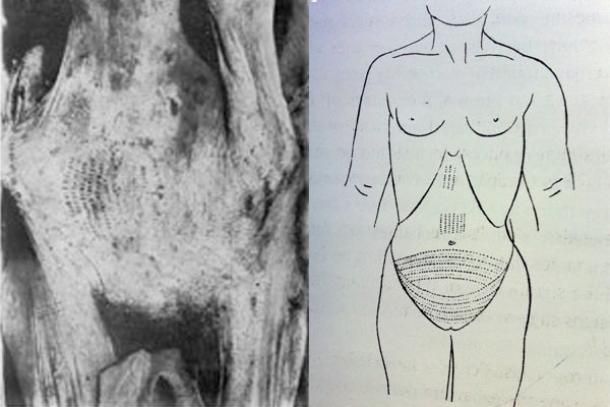 While the study of history can give us many answers, it can also leave us with many still unanswered. The problem with studying history is that, well, we weren’t there. We can guess, using the evidence we find across the world to help propel those guesses forward, but ultimately – that is the best we can do. For the time being, at least.

When it comes to studying the history of tattoos – things get even murkier. Skin, in the typical sense, does not preserve well. Of course, there are circumstances where the skin can be found intact, such as the Egyptian mummies or the Bog People of Northern Europe, but in general, the skin breaks down, disintegrating long before we uncover them. This can make following the true history of tattoos quite difficult indeed.

At present, there are scientists who believe that tattooing stemmed from every culture independently. Meaning, each culture discovered and embraced the practice with absolutely no outside influence from another society. There are also those who believe that tattooing was a singular trend that began with one culture, spreading from one starting point – like an origin story in a superhero flick. It is hard to say for sure as, again, we weren’t there and currently have no method of time traveling to find out for certain. There are a few points that are universally agreed upon, however.

The earliest form of tattooing appears on the Iceman, discovered in 1991 on the Austrian-Italian border. His body, tattoos and all, has been dated to over 5,200 years old – causing scientists to believe he lived between 3359 and 3105 BCE, dying approximately between 3239 and 3105 BCE. The Iceman’s tattoos were believed to have been for therapeutic uses, applied in groupings of lines, dots, and crosses in areas of physical concern – joints, lower back, et cetera – not for status, religion, or decoration. Before the Iceman was located, however, the earliest form of tattooing was believed to appear in Egypt.

This is where things get fun.

Once thought to be the cradle of tattoo art, as the Tour Egypt website states, Egypt is actually secondary in succession on the timeline of tattooing. Before finding definitive proof of body art, historians and archeologists discovered figurines or statuettes of female shapes dating to approximately 4000 BCE. These female shapes were dotted, lined, and crossed in efficient groupings, similar to that of the Iceman. At the time, however, the Iceman had yet to be found and the discovery of these statuettes left the historical community at odds – as some believed the markings on the carved figures were actually meant to be clothing, not body markings. This argument later came to an end, as most things do, when several mummified remains were discovered with body designs crafted in the same manner as the figurines.

Perhaps the most famous – due to the amazing state of her preservation – of these unearthed mummies was Amunet, Priestess of Hathor and speculated concubine of Mentuhotep II. Amunet was a young woman from Thebes in the Dynasty XI (2160-1994 BCE). Her body was so well preserved that the etchings and markings of her many tattoos were still clearly visible on her skin, showing corresponding lines on her arms and thighs and an oval pattern located in the pelvic region.

These designs appear on several other mummies that have been uncovered over the years. All, however, have been female. The abstract designs of these tattoo markings originally caused researchers to believe that they were just random, meaningless designs that appeared on women of a questionable stature – generally dismissed as being harlots or dancing girls. The discovery of the Iceman led to a change in thought regarding these markings. It is quite possible that they are found only on female mummies because there were indeed used as a form of pain therapy – aiding in the process of childbearing.

The earliest tattoo of a non-abstract form discovered in the Egyptian culture at present is actually a rudimentary depiction of the demi-god, Bes. Bes was the protector of households. To be specific, mothers, children, and childbirth were all protected by this particular deity. Tattoos of Bes have been found on female mummies dating to 400 BCE, but also appear on the thighs of dancing girls in earlier renderings and paintings located across Egypt. It is known that, when worn as an amulet, Bes provided easy childbirth, conception, and protection to the child and future children. However, being that the tattoo has been found on female dancers, acrobats, and musicians, who were also thought to be essentially prostitutes – there has been some speculation that Bes, as a tattoo, may have been used to protect against venereal disease or dubious male clientele.

There are other researchers, however, that feel the concept of these tattoos has been placed upon history by those with pre-drawn conclusions regarding the modern tattooed population. At the time of these findings, tattoos were considered disreputable by some in the Western world, thus implanting an automatic bias against the women being discovered in these tombs and burial grounds. It is entirely possible that they were indeed used to mark, protect, and discern women of a certain profession, but there is another theory that states tattoos may have been considered visually appealing and were used in an erotic and seductive manner instead.  Of course, with the discovery of the Iceman, it is most likely that they were used for physical pain relief and treatments during childbirth and menstruation.

Today, women participate in the tattoo lifestyle and practice just as much as men. But, what was once thought of as a more masculine culture has been redefined by the discovery of these fascinating Egyptian women. Whether it was for protection, pain relief, or seductive appeal, women clearly dominated the earliest forms of tattoo culture. Regardless of who wore them first, these spectacular markings are visually intriguing and contain deep rooted history within their lines. Perhaps they’re even something to keep in mind the next time you’re looking for some new ink. 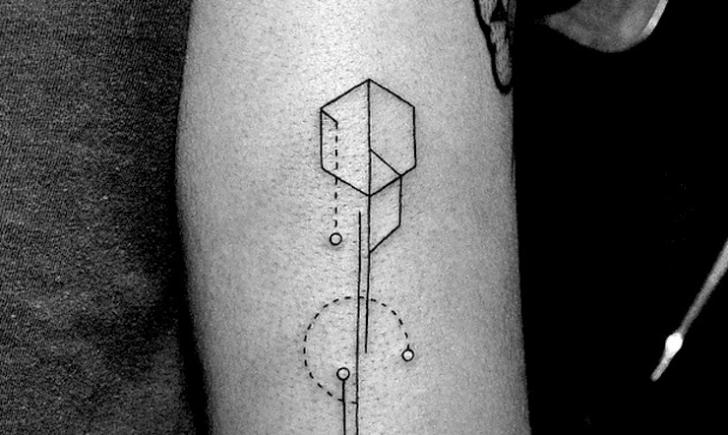 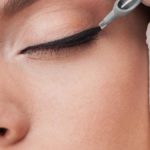