Home all posts EDSEL DOPE Confronts Static-X Rumors: Calls Photo of Neck Tattoo “Click Bait and Hilarious”, While reminding us that “People can do Amazing things with Photoshop”
all postsAnnouncementsEntertainmentMusicMusic & EntertainmentTour

EDSEL DOPE Confronts Static-X Rumors: Calls Photo of Neck Tattoo “Click Bait and Hilarious”, While reminding us that “People can do Amazing things with Photoshop”

DOPE front-man EDSEL DOPE, in the midst of a flurry of online speculation, has broken his silence to address the claims of photographic evidence attempting to prove his role as the masked vocalist, named Xer0, on the current STATIC-X Wisconsin Death Trip 20th Anniversary Tour / Memorial for WAYNE STATIC.

I have quietly sat through all of this speculation and have thoroughly enjoyed the ride.

Yesterday’s internet eruption reminded me of an episode of Scooby-Doo.

It’s incredible how far some people will go to get attention or clicks, so let me remind you how easy it is to slap a little tribal neck tattoo onto someone in photoshop. 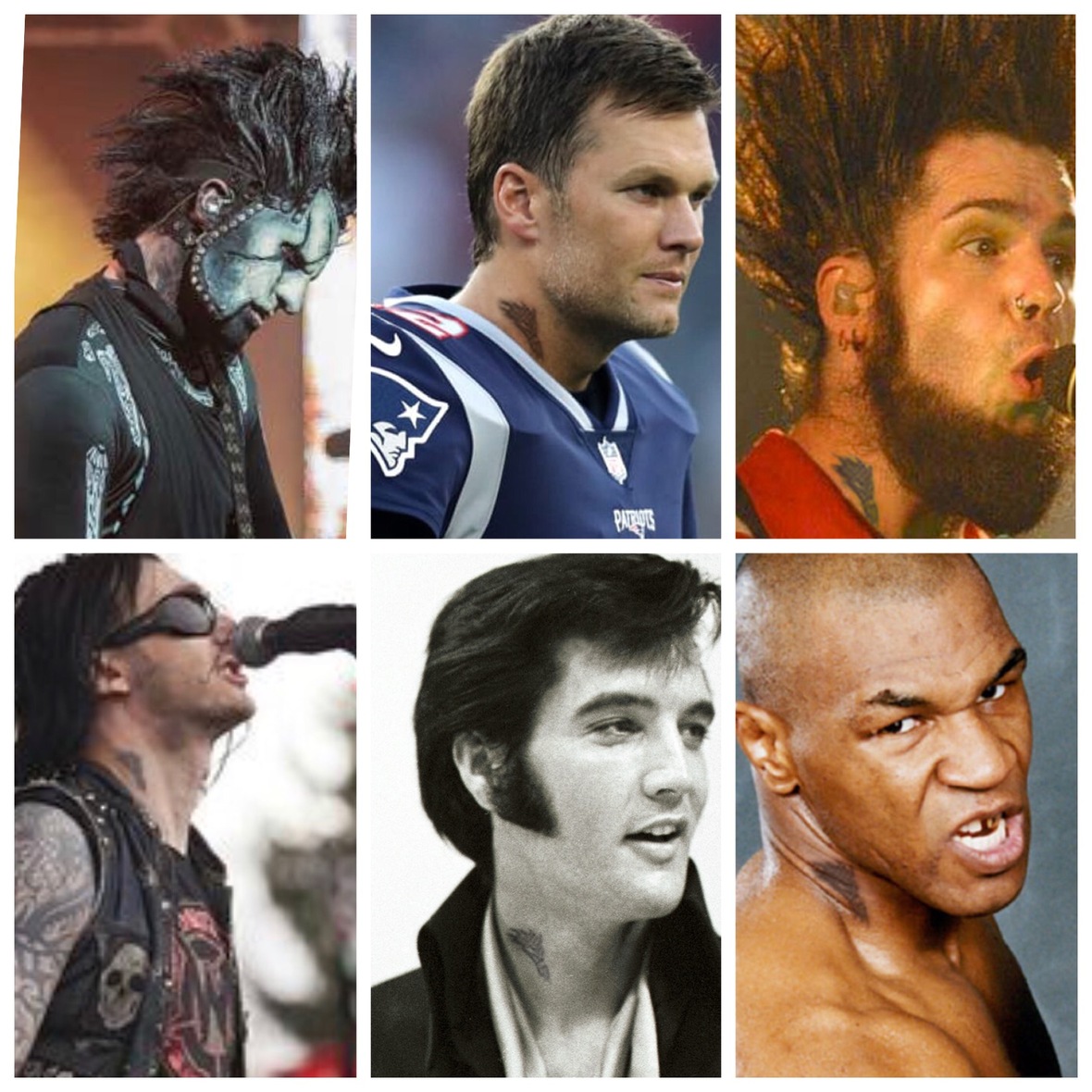 I’m honored for myself and for my band DOPE to be part of this 20th anniversary celebration, along with this unbelievable, traveling memorial to our old friend Wayne Static.

Wayne is currently on the minds and in the hearts of the metal community in a very unique and special way. His memory / legacy is more celebrated than it has ever been before.

I personally get to see the joy, the tears, and the incredible sense of healing that is occurring on the faces and in the hearts of Static-X fans, each and every night, around the world.

I’m not attempting to be a spokesperson for Static-X, but I will share that I have personally met Wayne’s parents and siblings, as they have attended a number of these shows.

I have personally seen their tears of joy and their expressions of gratitude and approval for the way that Tony, Ken, Koichi, & Xer0 are celebrating the music and memorializing the life and legacy of their son and sibling, Wayne Wells Static.

I’m including a candid photo that I snapped of Static-X drummer Ken Jay embracing Wayne’s father, while Tony Campos, Wayne’s mother, Wayne’s siblings and friends share some personal time together. Words cannot express the love and respect that I’ve experienced out here. 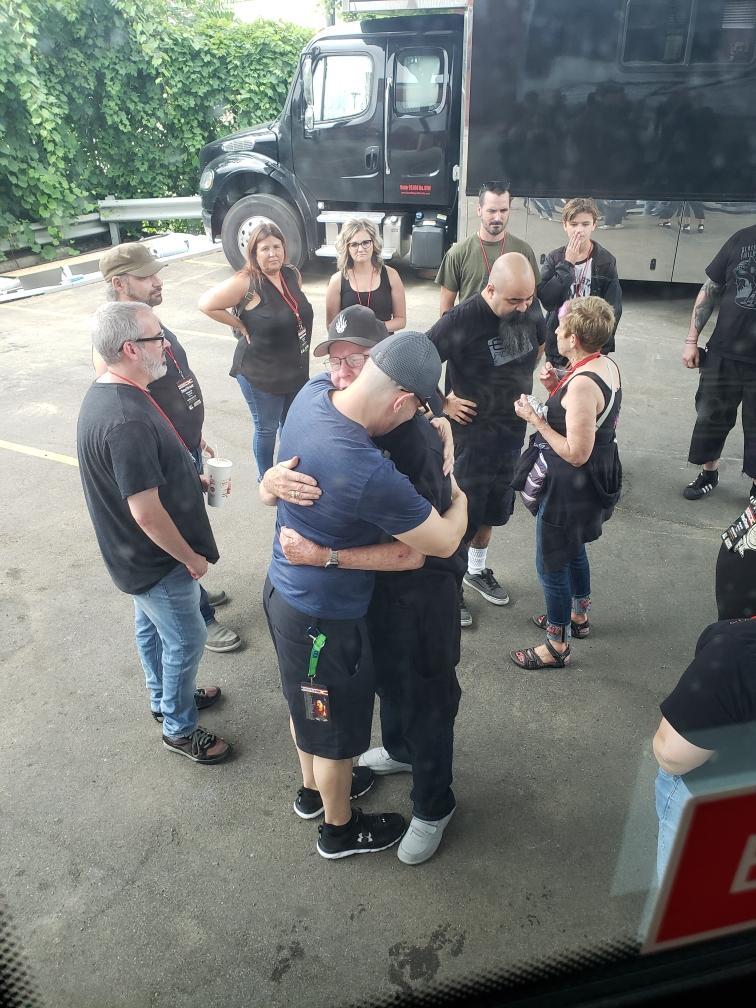 It’s one thing to go on a Scooby-Doo scavenger hunt, or to use photoshop to attempt to prove whatever you are trying to spin, but it’s entirely different when trolls, masquerading as journalists, spew their ignorant, hateful words towards something that is so incredibly personal.

Anyone with the nerve to throw virtual tomatoes at a traveling memorial, that has been orchestrated and supported by the family, loved ones, and long-time friends of the deceased should be absolutely ashamed of themselves. 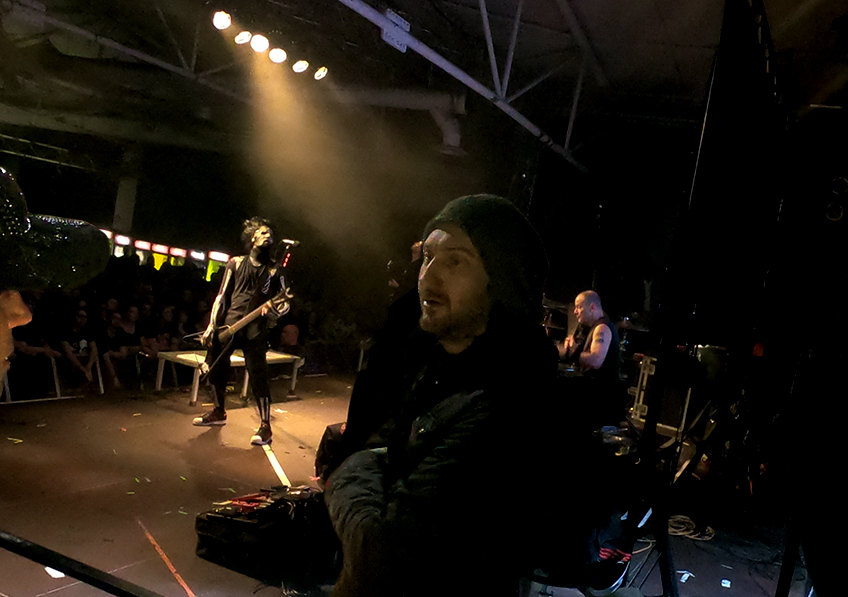 In the end, I’m not the type of person to allow others to dictate the narrative of my life or my art, so I’ve decided to also include a picture of me chatting it up, while watching another SOLD OUT Static-X show from the side of the stage the other night. 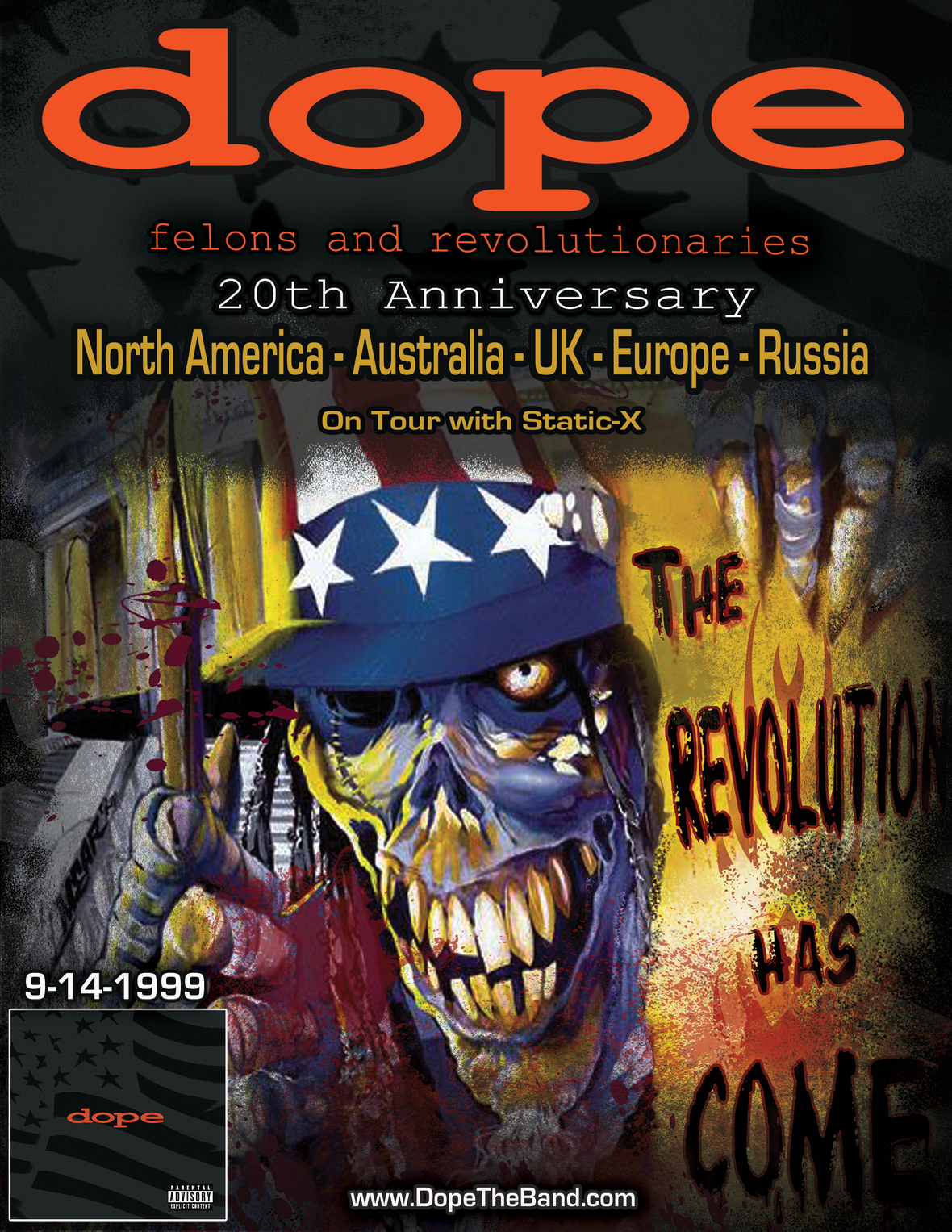 Dope will be heading over to the Ukraine and Russia next week before returning to North America for the second leg of the North American Wisconsin death trip 20th Anniversary Tour and Memorial to Wayne Static:

Dope will be supporting Static-X on the second leg of the North American Wisconsin death trip 20th Anniversary Tour and Memorial to Wayne Static, kicking of in Austin,Texas on November 8. 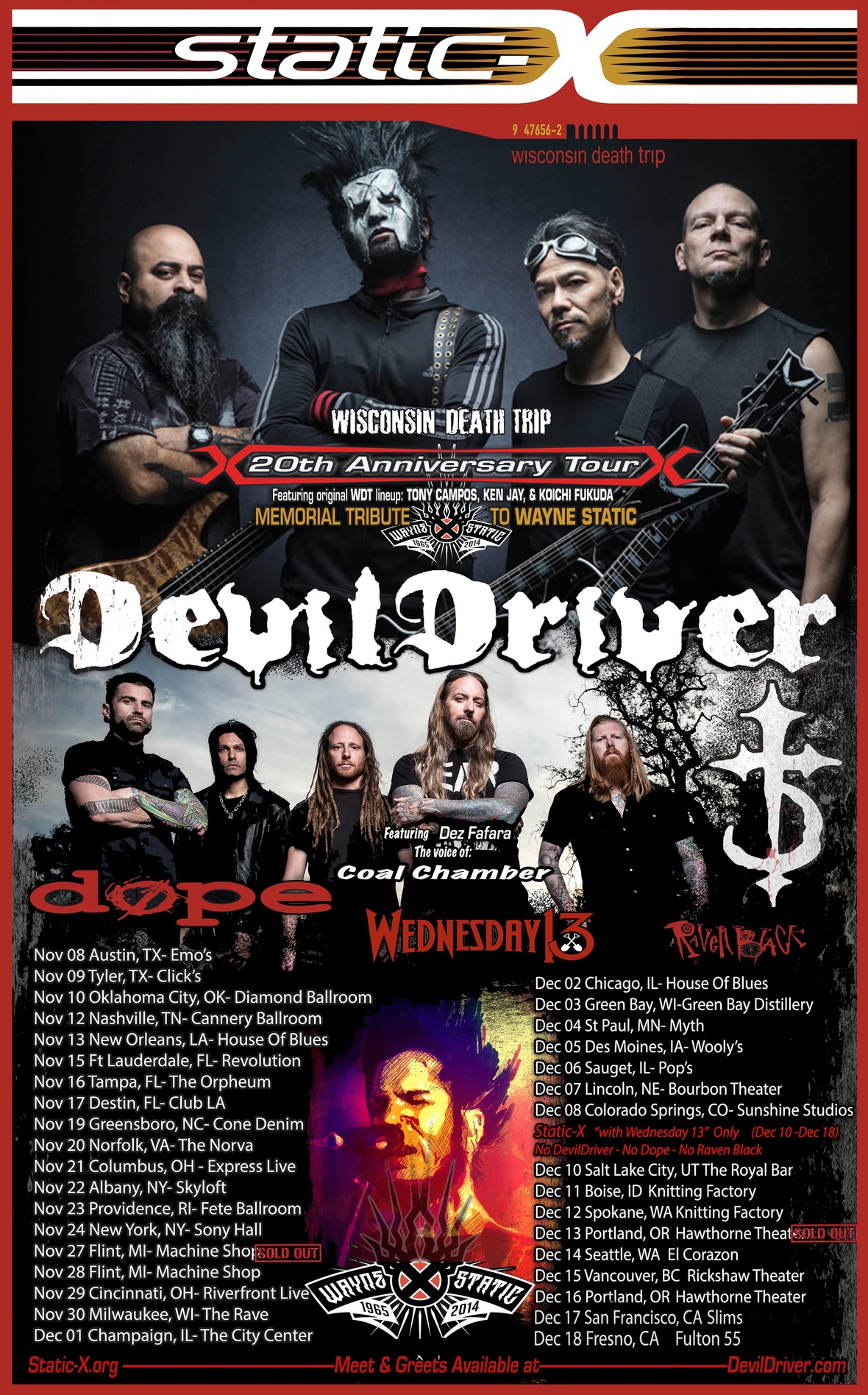 Wednesday 13 ONLY – NO DEVILDRIVER, Dope, or Raven Black 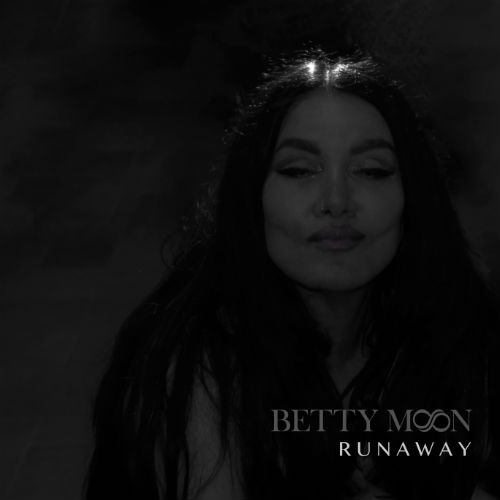 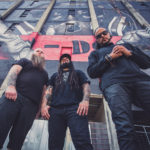