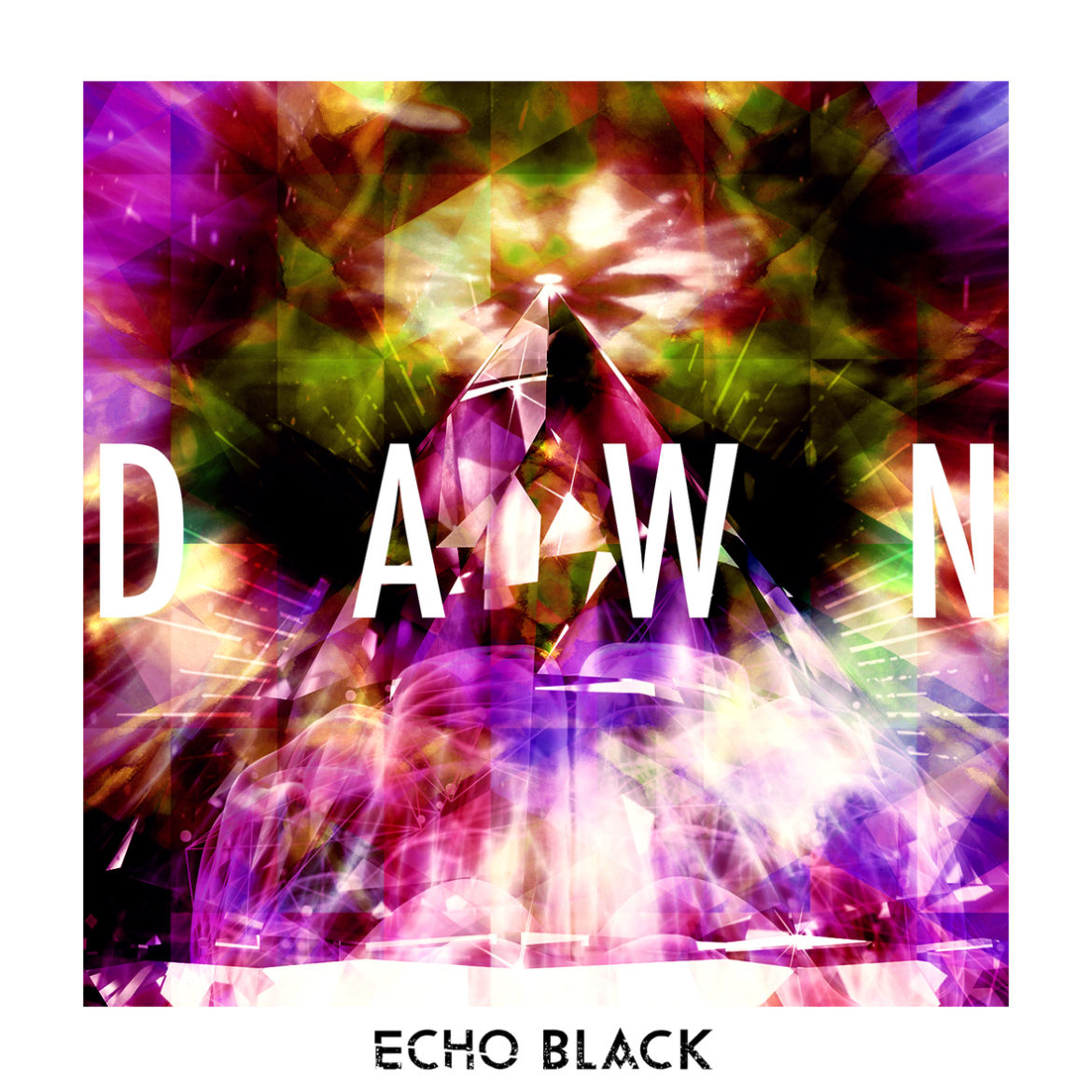 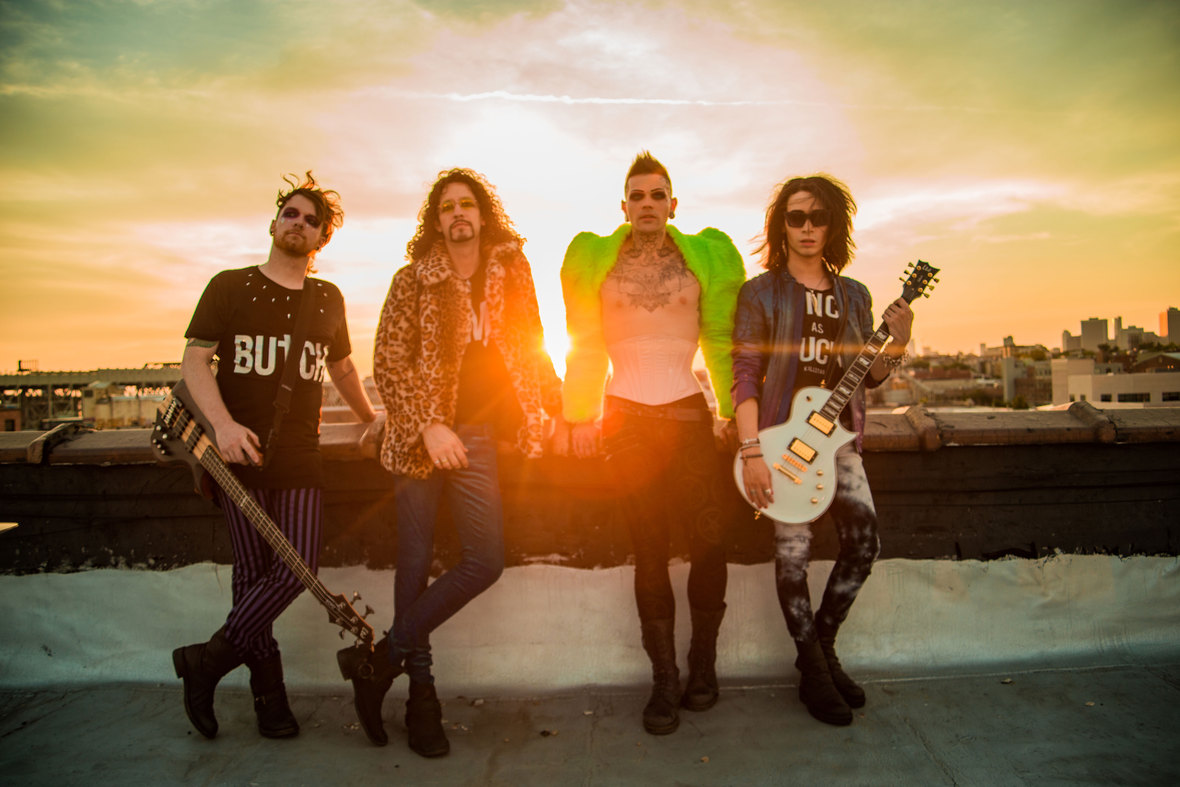 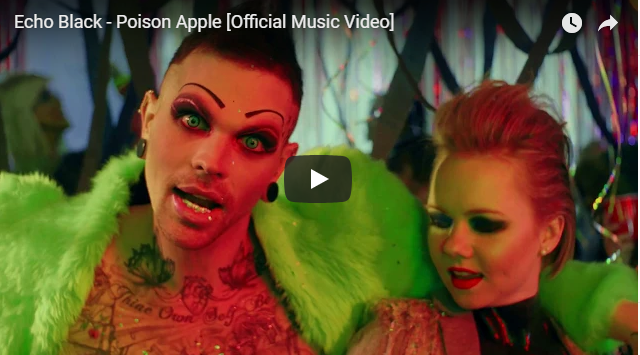 “Sink your teeth into something sweet, babies! We are incredibly excited to finally present our new visual experience, Poison Apple! The entire team worked tirelessly to make this video come to life, and she is one hell of a party! Our main goal was to show you another side of Echo Black. Cause, sometimes, you need to put on a green fur and a unicorn head and let the glitter take over…” – Echo Black 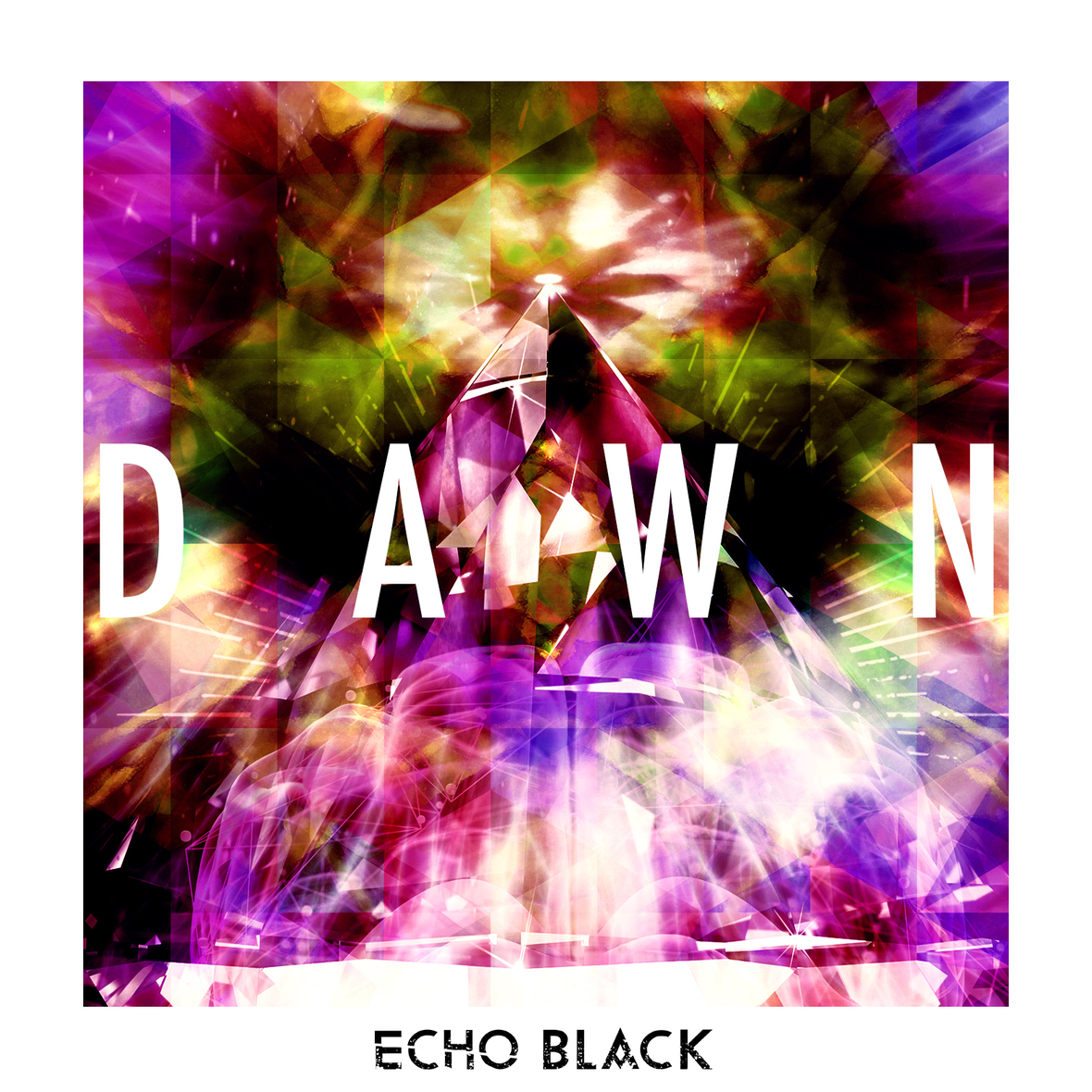 Formed by front-man Danny Blu in 2015, Echo Black is a dance rock band based in New York City. Drawing on the differing influences of each unique member, Echo Black sets out to make evocative and visceral music you can feel in your bones. 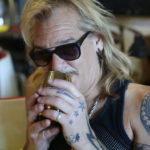