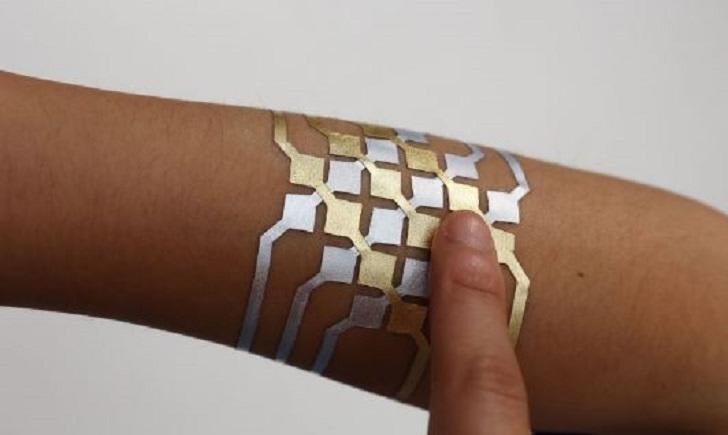 The future of temporary tattoos is changing, thanks to a team effort between MIT and Microsoft Research.

The all-star team recently released a paper (which you can read here, if you’re into that kind of thing) documenting their work with gold leaf and digital components. The product, which hasn’t hit markets just yet, is based off of concepts currently utilized in the medical field, is designed solely to cross the barrier between wearable art and technology.

These unique temporary tattoos are able to be designed by the user giving a personalized touch to the product—and making it open to a variety of styles. The primary material being used to create the DuoSkin is gold leaf, which functions as on-skin circuitry and gives the product a wide range of possible tasks.

The team’s paper states, “For DuoSkin, we repurpose golf leaf as our key fabrication material because it is conductive, skin-safe, easy to attach to and remove from skin, and clean . . . Gold leaf is also robust to movements and skin deformations during motion . . . Finally, gold leaf is both, workable and aesthetic in appearance, resembling the look of jewelry, making it our prime choice.”

There are currently two forms of DuoSkin. One utilizes a secondary device, through Bluetooth technology, and acts as a 2D trackpad. This works similarly to a touchpad device, uses two separate layers of horizontal and vertical traces which are fabricated independently but applied together. The second form of DuoSkin uses what is called thermochronic pigments. These pigments change color with body temperature or physical touch.

The pigments have been utilized to create a product called ‘Couple Harmony.’ This is an app that allows couples to physically see each other’s mood. According to their paper, “One person wears a thermochromic fire tattoo that shows white when the other person indicates that they are angry by pressing a capacitive touch ‘mood button’ on their forearm.”

The Bluetooth technology has been used to create an aesthetic product which allows wearers to control items such as their mobile devices and also display or store information on their skin. As the product can be designed specifically by the wearer, it grants the usefulness of modern technology while still maintaining individuality and self-expression in the way that only tattoos can. “We believe that in the future, on-skin electronics will no longer be black-boxed and mystified;” states DuoSkin’s website. “Instead, they will converge towards the user-friendliness, extensibility, and aesthetics of body decorations, forming a DuoSkin integrated to the extent that it has seemingly disappeared.”

Currently, this form of wearable technology has only been utilized in the medical field. Similar products are in use to measure glucose levels and monitor vital signs and skin conditions. However, the products in use by this field have been bulky and unattractive. DuoSkin is the first of its kind to maintain an artistic appearance, taking a nod from the previous metallic stick-on jewelry that has been making appearances on pop stars and As-Seen-On-TV stores across the world. DuoSkin blends the concepts of technology with temporary tattoos and stick-on jewelry perfectly, making it near impossible to distinguish between them.
The team opted for the use of gold leaf material in order to reduce costs—as previous products had been using gold, a significantly more expensive product. “DuoSkin work fuses the traditional practices of skin art with those found in digital fabrication to create a hybrid body decoration process, allowing users themselves to sketch, fabricate, and apply function devices with their personally-desired purpose onto their own body,” states the team’s online paper.
They have cited that they believe the devices will reach a broader adoption in the near future.  “We believe that skin serves as the bridge between the physical and digital reals, enabling users to leverage the personal aesthetic principle that is often missing in today’s wearable tech,” the stated in their paper’s conclusion.
Duoskin: Taking Temporary Tattoos to New Heights was last modified: December 8th, 2017 by Elisha Belden
0 comment
0
Facebook Twitter Google + Pinterest
Previous post 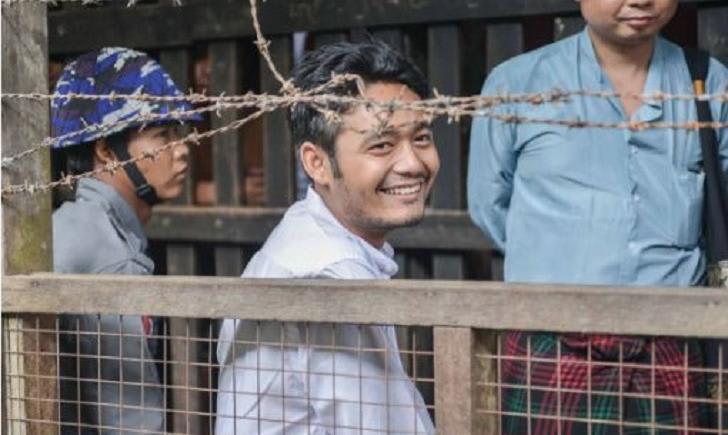 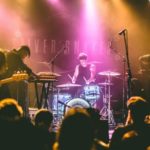