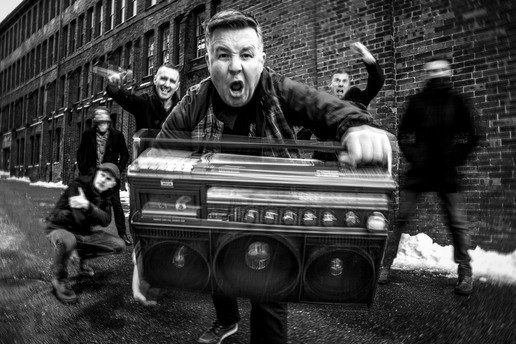 DROPKICK MURPHYS are preparing to release their 10th full-length studio album ‘Turn Up That Dial,’ 30th April via band-owned Born & Bred Records. The album was produced by Ted Hutt and is available for pre-order, with the new single ‘Middle Finger’ out now.

With 11 tracks, ‘Turn Up That Dial,’ DROPKICK MURPHYS celebrate the simple pleasure of music, the relief and release from worry that comes when you “turn up that dial” and blast your troubles away. “On this record, the overall theme is the importance of music, and the bands that made us who we are,” explains DKM founder and co-lead vocalist Ken Casey. “We just hope the album takes people’s minds off their troubles. We’re so fortunate
and grateful to be in the position to share a little happiness in our own way. Our gratitude levels are off the chart. 25 years ago, somebody bet me 30 bucks I couldn’t form a band with three weeks, notice to open for his band. As kids, we’d never been out of New England and here we are – we’ve made ten records and have been all over the globe. If there’s a message to this album, it’s ‘put your fist up and play it loud.’”

Over the last two years, following a surgery, bassist/co-lead vocalist Casey stopped playing, passing bass duties to longtime friend and road crew member Kevin Rheault. With Casey off his leash and free to roam the front of the stage with co-lead vocalist Al Barr, a new, powerful dynamic has ignited between the two. After a couple hundred shows of the untethered duo shredding stages all over the world, their long-standing vocal trade-off explodes out of the speakers better than ever on ‘Turn Up That Dial.’

Volume cranked, heads held high, smiles wide, eyes on the prize, DROPKICK MURPHYS charge forward with the same spirit that brought them here in the first place…yet with a new determination and exuberance that brings both the live show and this album to the next level.

Working out of ‘Q Division Studios’ in Somerville, MA with longtime producer Ted Hutt, they recorded ‘Turn Up That Dial’ in shifts of two members at a time. For the final weeks of recording, Hutt ran the sessions via video conference from his studio in LA. For background vocals, the guys set up separate mics in five different rooms so they could all simultaneously sing safely. “We were all looking at each other out the window, at least,” recalls Casey.

DROPKICK MURPHYS steamrolled their way through the album with a string of anthems, starting with the title track. ‘Turn Up That Dial’ lays bare the whole point of the collection in the first verse: “You’re my inspiration, you got something to say / Now turn up that dial ‘til it takes me away.” It’s easy to imagine the band members thinking back to their teenage selves: blasting The Clash on a Walkman, feeling their favorite bands were sticking up for them more than anyone else in the world. This album is fueled by those bands that captured the energy of the streets, distilled life’s complexities to raging choruses, and were constant companions.

Hunkered down at home during the pandemic, DROPKICK MURPHYS staved off depression by leaning on the music and leaning on each other. As they have since 1996, they began throwing down rousing tracks that span the gap from punk rock ragers to melodic, Irish-inspired tunes.

In good times and bad times, we turn to music. Our record collections and playlists carry us through any hardships, adversities, and trouble the world throws our way. When you press play, the pain just goes away. It’s why we listen in the first place. And that’s what DROPKICK MURPHYS set out to do – and definitely accomplished – on the new album ‘Turn Up That Dial.’ They boot in the front door of 2021 with a record that punches you square in the face and says, in the words of Ken Casey, “Get up, get out of those sweatpants you’ve been wearing for the last year…better times are ahead – LET’S F-in’ GO!!” 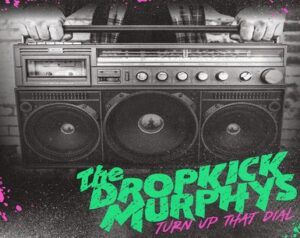 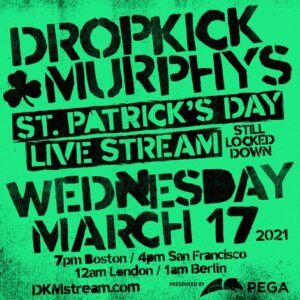 While awaiting the release of ‘Turn Up That Dial,’ join DROPKICK MURPHYS to celebrate St. Patrick’s Day 17th March, 2021 Stream…Still Locked Down, which is presented by Boston-area tech company Pega (a leading provider of digital transformation software) and sponsored by YOU! Instead of charging for tickets, the band will ‘pass the virtual hat’ to take donations to help support their efforts to keep paying their employees, and a portion of donations will go to charity as always. Those who donate in advance or during the stream (www.DKMStream.com) will see their name scroll across the ticker at the bottom of the screen during Still Locked Down. 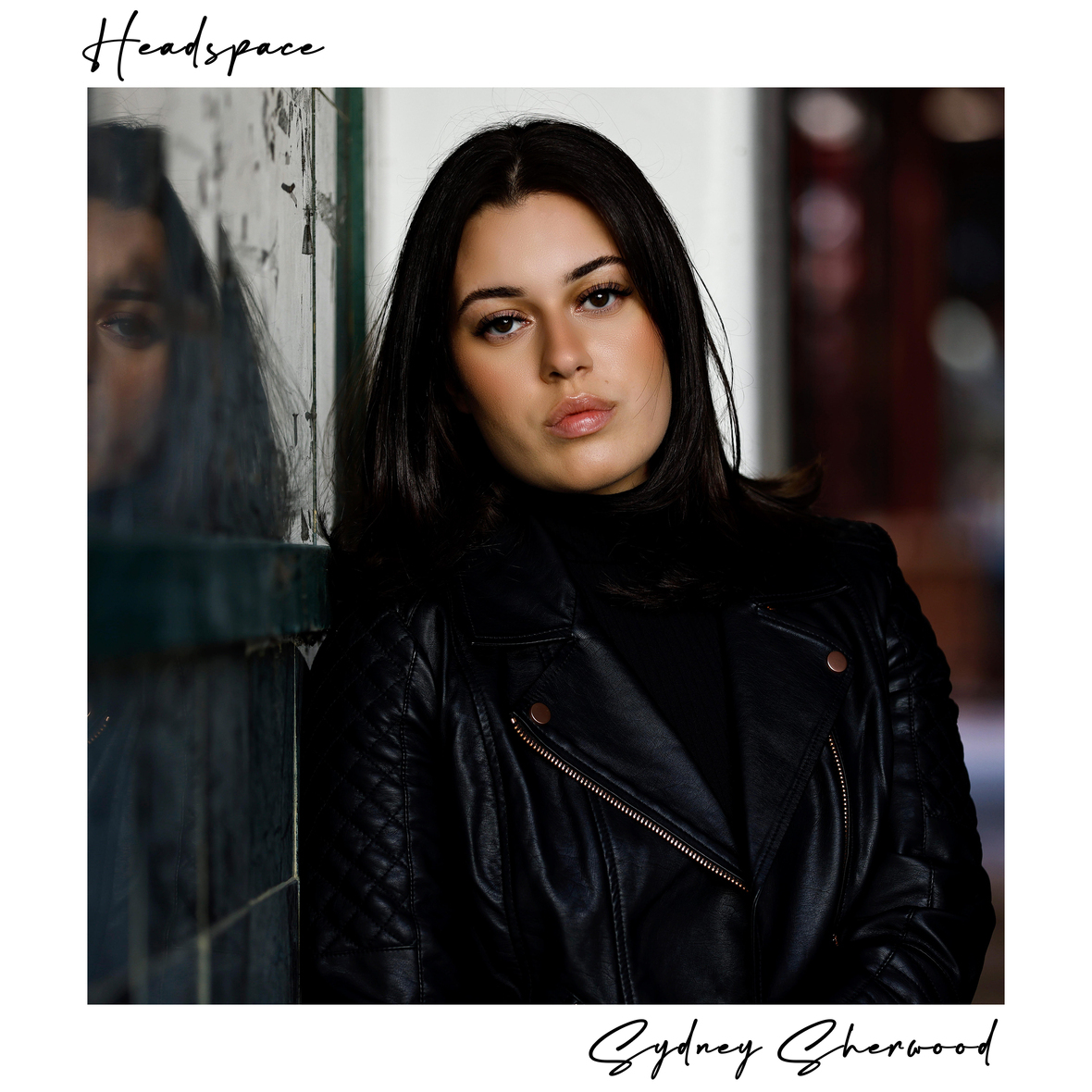 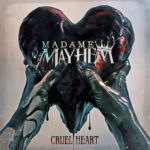