Home Music Drop Everything – RA Signs with Wake Up! Music Rocks and Is In The Studio
Music

Drop Everything – RA Signs with Wake Up! Music Rocks and Is In The Studio 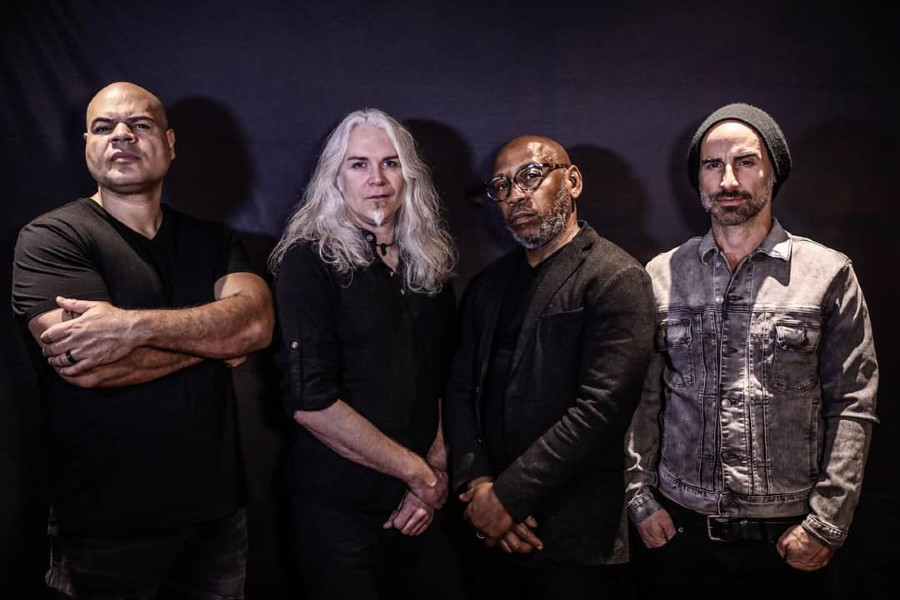 Combining wisdom, almost otherworldly intuition, and oodles of chutzpah, Mymy Madyy Pepper Gomez, founder and CEO of Wake Up! Music, continues to make shrewd moves. Her most recent feat of musical legerdemain – the signing of nu-metal/alt-metal/post-grunge outfit Ra to Wake Up! Music Rocks.

In the same way as their namesake, the Egyptian self-begotten Supreme Being known as Ra, the causa causans, who, according to the Egyptians created the universe and all the gods, the band originated a sound Jo-Ann Greene at AllMusic described as “nu-metal with an exotic twist,” the fusion of hip-hop, polyrhythmic beats, muscular guitars, distorted melodies, mystical structures, and delicious melodicism into integrated soundscapes saturated with provocative passion.

Formed in 1996 by Sahaj Ticotin, in its initial genesis the band was called Cross of Snow. Born into a family of performers in NYC, Sahaj finally established the band’s lineup: Skoota Warner (drums), Ben Carroll (lead guitar), and PJ Farley (bass), with Sahaj on vocals and rhythm guitar. In 1998, the band’s song “Crazy Little Voices” was the featured end track for the movie Carrie 2: The Rage, followed by their recording of the demo for “Do You Call My Name,” which later went on to hit the 14th slot on Billboard.

In 1999, the band signed with Edel America and immediately began laying down tracks in the studio. Meanwhile, behind the scenes, Edel was reorganizing. In the end, the American division was shut down, leaving the impending album and songs in limbo.

With the advent of 9/11, “the magnitude of loss and devastation had a profound impact on Sahaj,” fueling his appetite for music. Ben proposed the band concentrate on New England’s dynamic rock scene. The decision turned out to be momentous, although to begin with it appeared otherwise.

When Ra took the stage at 2002’s Nemo Fest, the audience numbered 18, a discouraging turn out. However, serendipitously, one of the audience members was a friend of Ben’s, a firefighter named Jimmy Garrity, who thought the band was awesome. Garrity delivered a copy of the band’s demo to WAAF, whose popular deejay Mistress Carrie played it on the air. The song aroused instantaneous interest, with listeners wanting to know who it was and where they could get it.

Ra released their EP, One, selling 20,000 CDs in just two months. The EP’s reception caught the attention of Universal/Republic, who although they had passed on the band previously, signed them sight unseen to a two-record deal. The catch-22 was Ra had 30 days to complete the first album. Ra pulled it off and released the album under the new title of From One, which sold over 200,000 copies, establishing Ra as a heavy hitter, followed by touring with mega-bands like Disturbed, Seether, Stone Sour, Korn, Shinedown, Sevendust, Breaking Benjamin, and Staind.

When 2004 rolled around, the band was off the road and working on the second album, Duality, which lacked a single, according to the label executives. The label suggested Ra work with Bob Marlette in an effort to turn out radio-ready singles. Working with Marlette, the band generated “Tell Me,” a powerful song. Still, the label was dissatisfied and elected to pass on the album. Once again, serendipity entered the picture. Dave Downey, a radio promotion director, listened to “Fallen Angels” and told the label executives they were making a mistake. While all this was going on, Skoota Warner left the band, replaced by Andy Ryan. Finally, in 2005, after two years of work, Duality was released.

Even though Duality achieved a modicum of success, Ra and the label went their separate ways, with Ra recording their live album, Raw, independently. Courtesy of Dave Downey, the band signed with Cement Shoe Records, which would release Raw and a follow-up album, along with a promised advance.

The band took off on the Congress of Corruption tour with Ill Nino, Godhead, and The Dreaming. Sadly, Cement Shoe Records failed to fulfill their contractual obligations, with the label going so far as to release Raw illicitly. Inevitably, Ra moved on, launching Sahaja Music Records (distributed by Universal), releasing Black Sun in 2008. Black Sun proved to be successful, hitting the second spot on Billboard’s Heatseekers and the Top 30 on Billboard’s Independent Albums chart.

Then in 2009, Ra released the compilation EP, Black Sheep, which featured their new song, “Supernova. The Howard Stern Show utilized “Supernova” as its lead-in and lead-out soundtrack, resulting in 77,000 downloads on iTunes.

Since the release of Critical Mass, Sahaj has worked on a variety of independent projects, along with producing other artists. In 2020, Ra reappeared on 2020’s Shiprocked, dazzling fans with their contagious music. 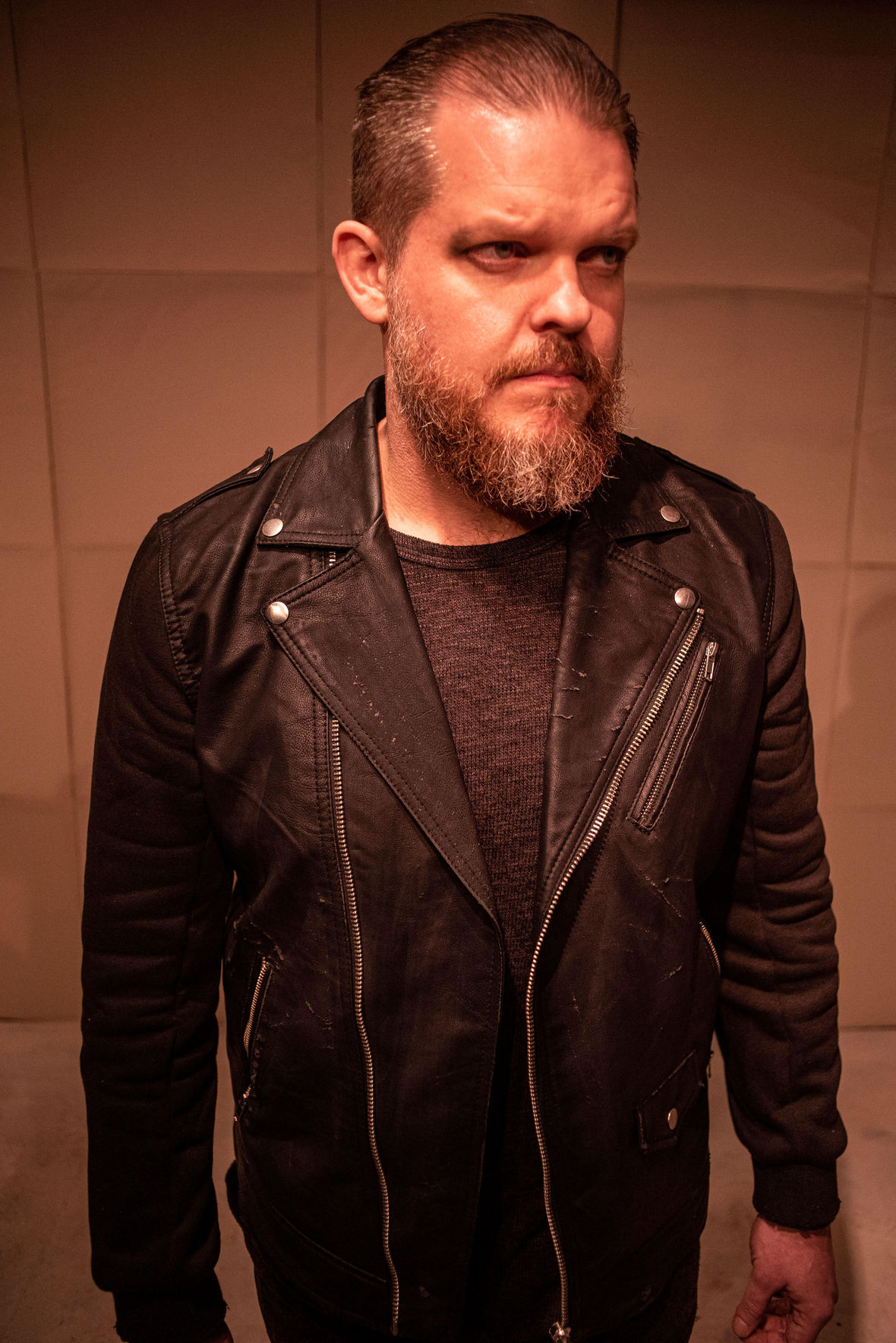 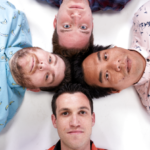