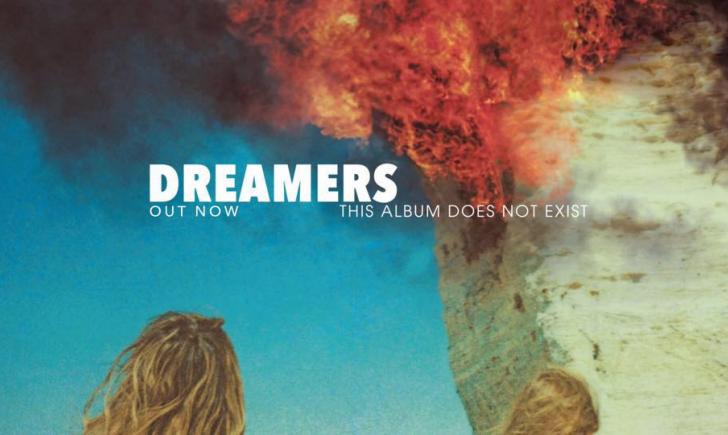 Los Angeles “cosmic rock” trio DREAMERS released the official video for “Sweet Disaster”, a hit single from their August ’16 release This Album Does Not Exist via Fairfax Entertainment Group. “Sweet Disaster” is currently in the Top 20 Alternative Charts.
The video was filmed inside a convenience store where members of the band are working the night shift. Things start to get weird after the slushy machine breaks and blasts out a psychedelic plume of smoke, which makes the guys trip out.
Here’s what lead vocalist Nick Wold had to say about the video: “Sweet Disaster is an homage to the cult classic ‘Clerks’ with a tripped out dream experience.  We filmed it all night at a corner store in Echo Park LA; Nelson, Jacob and the lovely Marissa Luck play the store clerks, and I play all the customers. With all the serious stuff going on in the world we wanted to use the video to escape reality, and hopefully laugh for a few minutes. The video is about the inner mind of all dreamers, as they live out their own sweet disasters in everyday life.”
DREAMERS is currently on tour with The Griswolds. Check out their schedule to see if they’re playing at a venue near you and make sure to follow the band on Facebook.
Dreamers Release Official Music Video “Sweet Disaster” was last modified: November 12th, 2017 by Erica B
0 comment
0
Facebook Twitter Google + Pinterest
Previous post
Next post