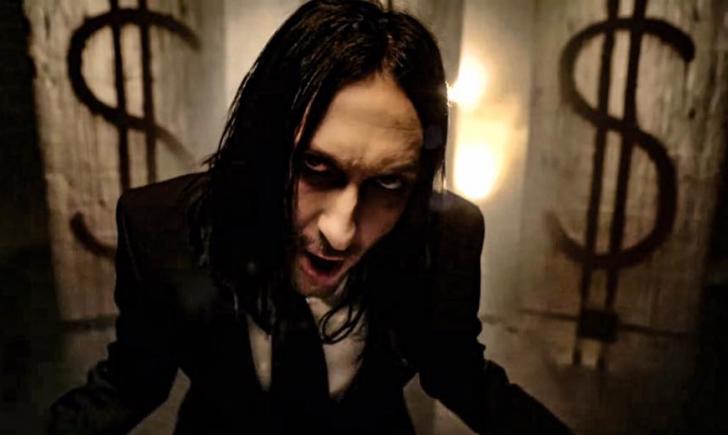 Dope released their long-awaited full-length album ‘Blood Money Part I‘ on October 28th.
In celebration, the band released a lyric video for ‘1999’ (track #6 off the new album). Like most of their songs, ‘1999’ digs in deep and heavy off the bat with no fear of confrontation; both lyrically and musically. “I anticipate that this song will be one of the fan favorites off the new record.” – Edsel Dope
According to one review site, Edsel was responsible for most of the work behind ‘Blood Money Part I’, from producing, mixing, video directing, to live drums and performance duties.
Closing out their 2016 U.S. tour on October 30th at the Whisky A Go Go, original members Edsel Dope, Acey Slade, Virus, and Racci Shay played a total of 48 shows in less than two months – most of which were sold out. The highly ambitious band will be heading to Russia, Ukraine, and the U.K. for select shows this month. For tour dates and other news, make sure to follow Dope on Facebook and visit their website.
Click below to check out Dope’s lyric video ‘1999’ (warning: explicit)

Click here to purchase ‘Blood Money Part I’ on iTunes