Home Celebrities Dedication to a Role: Suicide Squad Tattoo Each Other
CelebritiesCultureEntertainmentNewsTattoo Articles

Dedication to a Role: Suicide Squad Tattoo Each Other 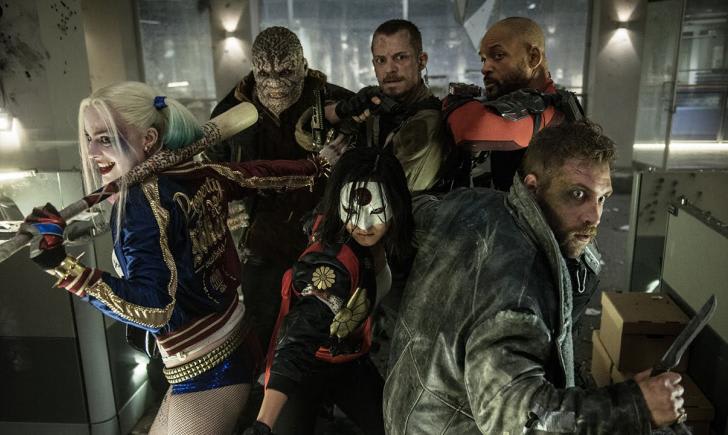 We’re just weeks away from the highly anticipated movie Suicide Squad hitting theaters and comic book fans and tattoo enthusiasts alike just can’t wait. The long-awaited movie chronicles the story of the DC universe’s worst baddies, all thrown together by a secret government agency which somehow found itself up against an even worse enemy of the state. These criminally insane, incarcerated individuals are armed to the teeth and let loose on the streets to combat this insurmountable enemy—which no doubt makes for some serious quips and one-liners, and some raucous destruction of property.

The movie features a killer soundtrack, an all-star cast, hyper-talented behind the scenes crew, and knock-out costumes. Perhaps the most notable feature of each main character’s costumes are the tattoos, as just about each one is decked out in serious, and well-researched, street gang tattoos, completing their transformations into the worst of the worst in the DC universe. You’ve gotta hand it to the costume designers of this movie—they even managed to make Will Smith look like a bad ass and considering he’s known for his wholesome, family-approved raps and movie roles, that’s a serious feat!

But, while most of their tattoos are simply just for show—removable when the camera stops rolling—there’s one piece of body ink you’ll see in the movie that isn’t removable.

During filming, in August of 2015, the cast portraying the Suicide Squad members decided to show their love, dedication, and bond to the roles by inking the word SKWAD on their arms. As if it wasn’t enough that they were inking the group’s famed name on their bodies, they took it one step further—Margot Robbie, the actress playing Harley Quinn, and Will Smith, the actor portraying DeadShot, took up the tattoo machines themselves . . .  and in full costume, no less.

The cast shared pictures across their social media platforms of the event, all tagged with the hashtags #Harleystattooparlour, #SKWAD and #SuicideSquad. The supervillain flick’s producer took to Instagram, posting a picture of Robbie in full costume, tattooing the leader of the helm, director David Ayer. He captioned it “Our fearless leader #DavidAyer getting his #SKWAD tattoo last night at #harleystattooparlour #suicidesquad.”

Actor Joel Kinnaman, cast as the Squad’s fearless leader, Rick Flagg, posted on his own Instagram about the experience, in which he was tattooed by actor Will Smith. “Got my #skwad tattoo 🙂 Will has many many talents, tattooing is not one of them, It was like watching a drunk baby fly a helicopter,” Kinnaman wrote.

Of course, this is not the first time actors have celebrated their devotion to a movie through the practice of tattooing. The eight original actors of The Lord of the Rings joined together to memorialize the epic project through body ink. However, the fellowship members kept their tattoos a little quieter—vowing to keep the placement and design between them. Ian McKellen, the actor responsible for bringing Gandalf to life, was quoted telling reporters, “No, I won’t tell you where it is.”