Belched from Hell’s depths into the rustic charms of the Witch County, Suffolk, thirty long and disturbing years ago, CRADLE OF FILTH are undisputed giants of the heavy metal realm. Imperious purveyors of a perennially unique strain of dark, dastardly and willfully extreme metal, with deep roots in the worlds of gothic horror and occult curiosity, the band led by Dani Filth has weathered three decades of tumult and trial, earning a formidable reputation as both a singular creative force and one of the most riotously entertaining live bands the metal world has ever produced.

After recently announcing the title of their upcoming magnum opus, Existence Is Futile, the vampyric masters of extreme metal CRADLE OF FILTH have been working relentlessly in the shadows. Their infernal hell-fires will start to discolour the skies later this spring, when the band play their highly anticipated live stream concert from a new undisclosed location; chosen for the bigger, bolder, more batshit crazy production the band will be bringing to their captive audience. 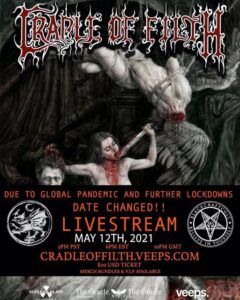 The streamed show will begin at 10pm BST and will be the first CRADLE OF FILTH live performance of 2021 AD, ‘The year of the plague.’ Order your tickets for the live stream  HERE

With this atmospheric online extravaganza, the band promises to deliver a show of malefic proportions to pave the way for their upcoming album.

Besides the digital ticket to the live stream, fans will also be able to purchase two different exclusive t-shirt bundles as well as a exclusive (limited to 100 people) VIP Meet & Greet experience with the whole band.

If you are unable to watch the show live, tickets will be available to watch or re-watch on the site until May 26th.

From primitive early works like 1992 debut The Principle Of Evil Made Flesh to more expansive and theatrical classics like Cruelty And The Beast and Midian, CRADLE OF FILTH defied trends and constructed their own idiosyncratic world of foul grandeur, becoming one of the UK’s most notable metal bands in the process. Since then, they have traversed the world countless times, hoovering up plaudits and praise from an ever-expanding international fan base. Resolutely prolific, the band’s catalogue has grown in depth and stature all the while, irrespective of line-up changes or the whims of the faithful. 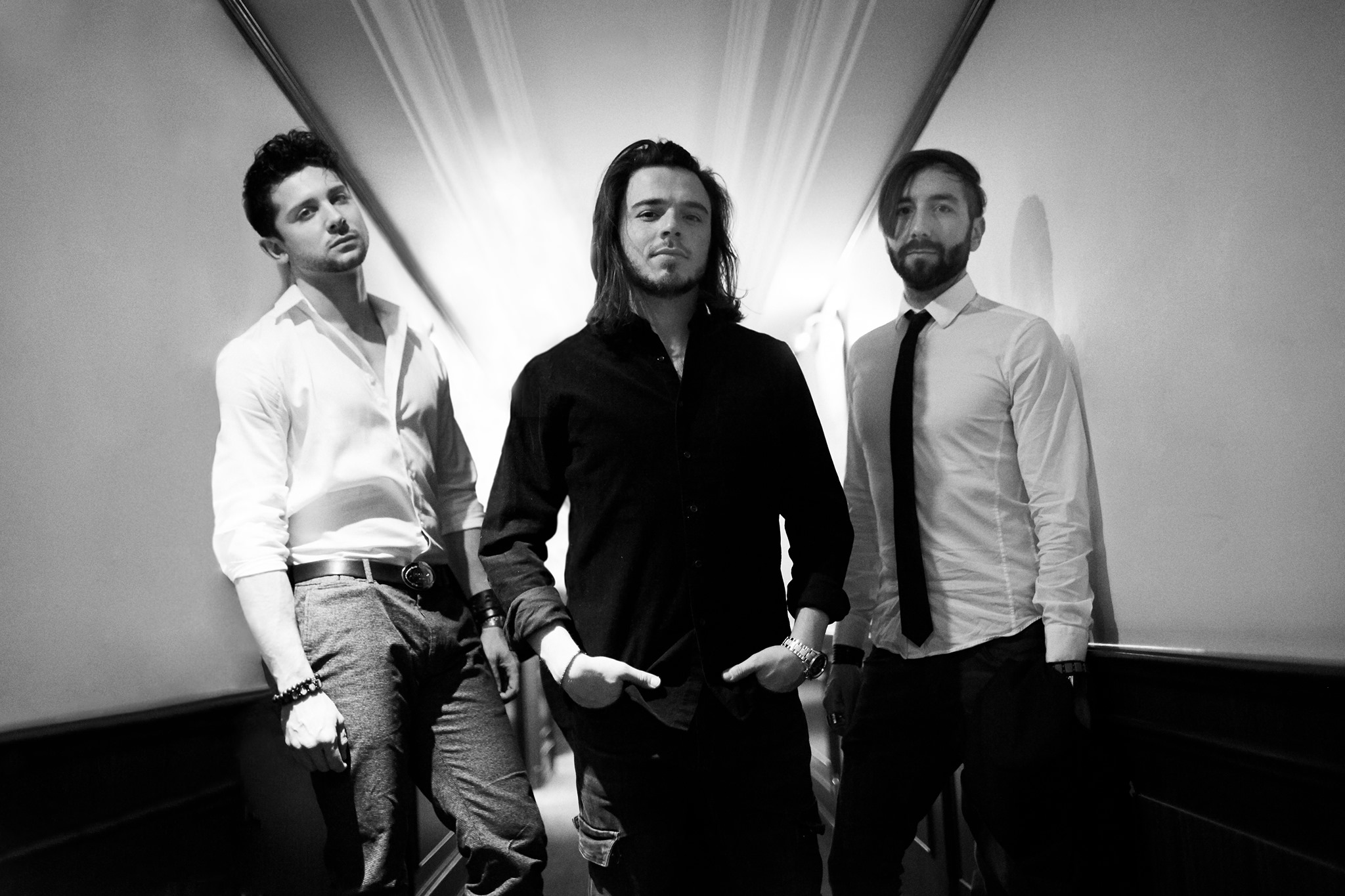 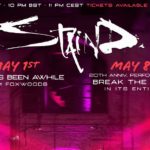