Home all posts COREY TAYLOR | Announces ‘Forum Or Against ‘Em’ Once In A Lifetime Global PPV 2 October, Produced By DWP; Featuring Full Production & Corey As You’ve Never Seen Him Before
all postsEntertainmentMusicMusic & Entertainment

COREY TAYLOR | Announces ‘Forum Or Against ‘Em’ Once In A Lifetime Global PPV 2 October, Produced By DWP; Featuring Full Production & Corey As You’ve Never Seen Him Before 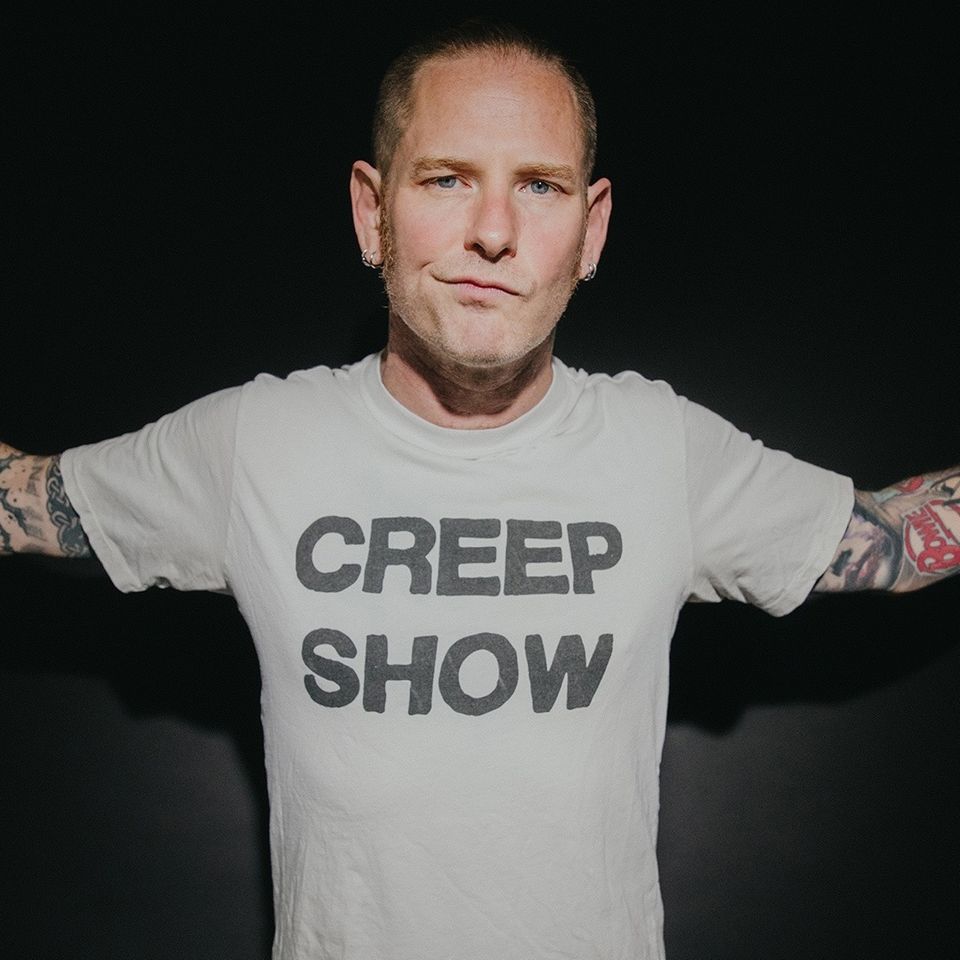 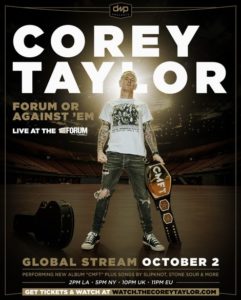 To celebrate the release day of his first-ever solo album, GRAMMY® Award-winning singer / songwriter, Corey Taylor has announced he and his band will be making history on 2nd October with Forum Or Against ‘Em, a global streaming event of epic proportions shot at iconic Los Angeles venue, The Forum. Tickets for this historic pay-per-view streaming event are on sale now from watch.thecoreytaylor.com.  Fans can also purchase ticket bundles that include a t-shirt, hoodie, poster, and access to watch an exclusive Corey Taylor acoustic set. A limited number of one-on-one video chats with Corey Taylor are also available with some bundles.

Forum Or Against ‘Em will be a full arena production complete with a visual feast of pyrotechnics, a stacked set list featuring all tracks from CMFT, select fan-favourite cuts from Taylor’s Slipknot and Stone Sour catalogues, a handful of covers and an incendiary guest performance from rock n’ roll girl-gang dance squad, The Cherry Bombs. Special event merch and bundles will be available during the stream. Kicking off the event’s festivities will be a special pre-show event hosted by presenter/journalist, Beez that will feature exclusive interviews and behind-the-scenes footage.

Speaking about his upcoming streaming extravaganza, Corey Taylor tells us “I’ve been saying since the beginning I’d find a way to bring this music and this band to the people. And I’m honored that The Forum let us do just that. It’s CMFT in its entirety. It’s songs I’ve shared over the years. It’s a celebration, and I’m so stoked to party with all of you.”

In the rapidly evolving sphere of streamed events, Forum Or Against ‘Em is set to be an industry first, as Corey Taylor and his management team at 5B Artists + Media partner with Danny Wimmer Presents, the largest independent festival producer in the United States, to put on this one-of-a-kind, pay-per-view concert experience. In utilizing The Forum for this special steaming event, the team are not only able to put together a world class rock extravaganza with a massive arena production, in total, they are also providing work to approximately 80 event staff.

Speaking on this ground breaking partnership, 5B Artist & Media Founder and CEO, Cory Brennan says “When Corey sent me a text saying FORUM OR AGAINST ‘EM I knew we had something truly special and unique. The Forum is one of the most iconic venues in the world and I can’t think of a better way to celebrate his debut solo album!”

“To do a rock show on this scale, with an icon like Corey Taylor – while putting some of the behind-the-scenes heroes of the concert industry back to work – is an exciting step into the future,” says Danny Wimmer, Founder of Danny Wimmer Presents. “We believe that Pay-Per-View is here to stay and we couldn’t think of anyone better to help us launch our new digital platform than Corey Taylor. He’s a global star, and his music with Slipknot and Stone Sour, as well as our amazing relationship with 5B, has helped to fuel DWP’s growth over the past decade.  We can’t wait to get this show started.”

Taylor recently released a music video for ‘Black Eyes Blue,’ which has entered the Top 10 at Active Rock Radio, surpassing previous first week chart numbers from both Slipknot and Stone Sour. Additionally, Taylor hit #1 on Billboard’s ‘Hard Rock Songwriters’ chart following the unprecedented debut of lead singles, ‘Black Eyes Blue’ and CMFT Must Be Stopped” [feat. Tech N9ne & Kid Bookie], the latter of which has racked up just shy of 3 million YouTube views for its star-studded music video. He most recently unveiled his ‘HWY 666′  with an official lyric video. All songs are available on all streaming platforms.

Pre-orders for CMFT are available now with limited edition vinyl and merch bundles available at www.thecoreytaylor.com.

On the fiery and fearless rock ‘n’ roll opus, Taylor touches on lifelong influences ranging from hard rock to classic rock, punk rock to hip-hop. CMFT has been a long time coming, with newly penned songs appearing alongside a few dating back to his teens. Recorded at Hideout Studio in Las Vegas, with producer Jay Ruston and his band – Christian Martucci [guitar], Zach Throne [guitar], Jason Christopher [bass], and Dustin Robert [drums] – the album traces a wild and exhilarating roadmap through Taylor’s musical psyche. Now, with today’s announcement of Forum Or Against ‘Em, Corey Taylor is bringing his wildly diverse musical collection to life.  Do not miss out on catching Taylor’s vision for this incredible streaming event, purchase tickets now from watch.thecoreytaylor.com

About Corey Taylor: Uncompromising, unfiltered, and undeniable in any arena, Corey Taylor continues to impact culture as the frontman for both GRAMMY® Award-winning multi-platinum juggernaut Slipknot and platinum rock force Stone Sour. Taylor is a New York Times Best-Selling author as well as an actor with a myriad film and television credits. Impacting generations of fans and peers alike, his voice roars across six Slipknot albums which have rallied millions of fans across the globe. With two gold-certified albums and a platinum single, Stone Sour have notched five Top 10 debuts on the “Billboard 200” and garnered Loudwire’s “Rock Album of the Decade” for House of Gold & Bones — Part 1, which also spawned its own Dark Horse Comics graphic novel of the same name by Taylor. Taylor first crashed the New York Times Best Seller List with Seven Deadly Sins in 2011, occupying the chart for four weeks. He followed it up with three popular tomes: A Funny Thing Happened On The Way To Heaven [2013], You’re Making Me Hate You [2015], and America 51 [2017]. Meanwhile, his filmography encompasses Fear Clinic, Doctor Who, Officer Downe, and Sharknado 4. The rare renaissance man who can give a symposium at Oxford University and headline heavy music festivals around the globe, Taylor forever challenges culture to think, dream, and scream along with him. For more information visit www.thecoreytaylor.com.

About 5B Artists + Media: 5B ARTISTS & MEDIA is a global, full service artist management company and entertainment organization founded by Cory Brennan, with offices in Los Angeles, Brooklyn, and Birmingham (UK). The operation also comprises a record label, a film and music festival production arm, a talent agency and a digital marketing agency.  As well as being the management home of internationally renowned recording artists including Slipknot, Megadeth, Lamb Of God, Stone Sour, Behemoth, Amon Amarth, Trivium and Flogging Molly, 5B Artist Management are also responsible for the largest global rock festival brand, Knotfest, boasting an impressive portfolio of events in USA, Japan, UK, Mexico, France, Colombia and Knotfest At Sea cruise. In May 2020, Knotfest evolved further into the premier heavy culture media hub with the reimagined knotfest.com. A global content destination celebrating all things loud music, art + culture.

About Danny Wimmer Presents: Since 1993, music industry veteran Danny Wimmer has been producing concerts and festivals, both large and small. In 2011, he formed Danny Wimmer Presents, which now produces several of the largest rock and alternative festivals in the U.S. By combining A-list talent with local cuisine and culture, DWP has become recognized within the industry for delivering the highest-quality entertainment experiences to fans, artists, sponsors, partners and host cities. DWP creates memorable and all-encompassing festival experiences, leaving both consumers and partners with lasting and meaningful impressions. DWP will continue to add new music festivals to its already stellar portfolio, which currently includes Aftershock, Bourbon & Beyond, Epicenter, Hometown Rising, Louder Than Life, Sonic Temple Art + Music Festival, and Welcome To Rockville. Previous DWP festivals include Rock On The Range, Carolina Rebellion, Northern Invasion and more.  In 2020, DWP launched the popular digital series Offstage with DWP and ventured into the digital content curation space, promoting pay-per-view live streams. www.DannyWimmerPresents.com 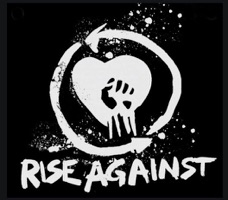 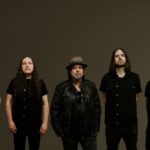