UP CLOSE AND PERSONAL WITH VOCALIST JEREMY ROMANCE – ONE LAST SHOT

posted by Tattoo.com February 14, 2017
“I remember finding comic books and horror movies as an escape from the gloom of life.  Growing up was especially difficult for me. Going to a small school in the middle of nowhere makes outcasts feel even more isolated.  I found refuge in music like Eminem, My Chemical Romance, and The Used. I also fell in love with comic books and horror movies. I could relate to Spider-Man and his problems. Horror movies were cool because of blood, guts, girls, and how over-the-top some of them could get.
When I was 17 I, unfortunately, came down with an autoimmune disease that kept me out of most my senior year. I found out there is no cure & I would be on medication/have this disease my whole life. I would lay in bed or at the doctors most my days watching crazy horror movies, reading comic books, & listening to my favorite music to get me mentally through.
Ever since I was a child I wanted to sing in a band. I was way more aware life is clearly too short & you never know what may happen to you.
So, in 2008 I started One Last Shot.

I’ve been very lucky in my life to achieve goals I would have only imagined. From singing with The Misfits & The Used live to playing Warped Tour, to touring with one of my favorite bands Aiden.
I want anyone growing up who is getting bullied or dealing with problems to know, if they set their goals on success & ignore the negatives, things will get better. I know this sounds cliché but it’s not only going to get better but… amazing if you don’t give up!
I’m now 26, married to a beautiful loving wife, in a band that’s doing awesome things, & currently as healthy as I can be physically & mentally!
You can overcome any obstacle, no matter how big or small.”  – JEREMY ROMANCE / ONE LAST SHOT
Click ‘Continue‘ to see pictures of Jeremy’s tattoos and get the inside scoop about the meaning behind each piece.

“This tattoo is the most meaningful one. I remember when I was younger I saw Bert McCracken, of The Used, singing. He had this giant stick figure guy on his side. It was so iconic & he’s one of my inspirations to become a frontman.
Years later, I found out he was the one that drew these stick figures & used to tag them I guess on walls.  I’ve been lucky enough to sing with Bert & The Used live doing guest vocals in the past years. Bert drew a stick figure for me personally to get tattooed. It was tattooed by my good friend Jamie Santos at Tymeless Tattoo in Baldwinsville, NY.
The rest of my tattoos (on the following pages) were done by Mike Tommyrot at Halo Tattoo Marshall St., in Syracuse, NY.

Elvira
I remember being like a 7 or 8-year-old kid and for some reason, I was at a bar? I honestly don’t remember why or where, but I saw an Elvira pinball machine and fell in love with both her & pinball.

I’m a huge horror movie fan so a lot of my tattoos are horror themed. This is Jason from the beginning of Friday the 13th part 6. I’m still going to get a part 5 tattoo. That movie is scummy & fun.

Michael Myers
He’s a favorite slasher movie killer. This is a mix of the classic 1978 film & the Rob Zombie film. I’m a fan of them both.

This tattoo is very special to me. It’s the cover of the Midnight Video VHS release of The Wizard of Gore. This movie was made by one of my favorite filmmakers, Herschell Gordon Lewis. I become email pen pals with him in the past couple years. We talked about having One Last Shot’s music in his upcoming film. Unfortunately, Herchell passed away at the age of 90 a few months ago. He was a great guy, & will live on forever in his films.

Count Chocula
I went in for a Samhain Unholy Passion tattoo, and for some reason, I changed my mind when I saw a picture of Danzig in a home made Count Chocula shirt. I’m a sucker for Halloween/ Autumn and I love when I see the monster cereals in stores. It’s just classic.” 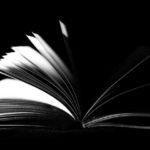