Now, I must mention that when at a DWP Festival, there is so much more than music to keep fans entertained to the gills. The Music Experience, VIP Meet and Greets, Caduceus Wine Garden, Headbangers Bier Ball, Monster Energy Experience, and the best Gourmet Man Food you can possibly imagine are just a few examples of experiences available at this year’s event.

In addition to all the amazing experiences mentioned above, I toured around the festival grounds and had a chance to check out the Fxck Cancer booth. As always, these guys and gals are out in force making rock and metal dreams come true for individuals that are battling cancer. This organization deserves to be spotlighted for the strides they are taking to say “Fxck You!” to this vicious disease. For more information on Fxck Cancer and how you can show your support, visit their website www.fxckcancer.org

Among the celebrities on the festival grounds was the one and only Mr. Jamieson of That Metal Show fame. He was hanging at one of my favorites stops, the previously mentioned Dave Ellefson Coffee booth.

Cane Hill gave a jaw dropping experience that was well beyond epic. I left so pumped up that it took hours for me to come down.

As soon as I got back from Cane Hill’s set, we got to hang with Body Count’s original member and guitarist Ernie C.

Black Map… this 3-piece is one of my favorites to watch. Lead vocalist and bassist Ben Flanagan takes the time to come out from behind the mic and engage the audience as a larger than life front man. They are a band to put on your must-see list (and I don’t often say that about 3 piece bands).

Now I must admit that being in media I get a chance to fan girl. Today I got to do that with non-other than Steel Panther. This sexy, fun, rockgasmic band gives a show that is a rock set meets adult club show at a comedy club.

DragonForce is, in my humble but right opinion, one of the most underrated bands ever. They have an 11-minute song that takes you on a musical journey that starts out as foreplay, f*cks you hard, and cuddles you at the end. The talent among the members is so off the charts that to understand, there’s no way for me to explain it – you simply have to be there to experience it for yourself.

Godsmack were the second to last act to perform on the main stage last night. They pleased fans with a rock solid performance – they were the perfect choice to prepare fans for what was next…

“You can always expect an earth rattling set with an ocean of loyal fans moshing and rocking out to the wall of sound they unleash” said one KoRn fan eagerly waiting for their set to begin last night. KoRn opened their set with one of their newest hit singles Rotting in Vain from Serenity of Suffering, then reeled in their most loyal fans with classics like Here to Stay, Y’All Want A Single, Shoots and Ladders, Twist, and more. Their set list was, in my opinion, perfectly balanced with both old and new material. To sum it up – KoRn brings their A-game to every stage and Day 2 of Chicago Open Air was no exception.

Rock and Metal Fans… Chicago Open Air needs to be in your list of TOP musical destinations. Seriously, this is a monster of a festival. The final day of the will close with none other than Ozzy Osbourne. Bring it on, Day 3 \m/ 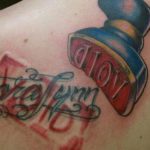