Captain James Cook and his Contribution to Tattooing

When I say the word tattoo, do you immediately think of Captain James Cook? No? Well, don’t worry, you’re not alone. But, let’s change that, shall we?

Whether you know it or not, Captain James Cook had a large part to play in tattoo culture as we currently know it. While tattooing has been prevalent in the history of mankind for as long as we are aware (we have evidence supporting tattooing as early as 3299 BC), it wasn’t until 1777 that the Western world had an actual, official name for the practice of marking one’s body with ink.

While many tribal communities across the world had their own word for the practice, referring to it as everything from pe’a to moko, the so-called civilized society did not as they did not partake in the practice. Notations in historical documents of the practice prior to 1777 described the actual method, but it wasn’t until Captain James Cook that the word tattoo actually came into use as the reference term for this activity.

Captain James Cook was an explorer and Captain for the British Royal Navy. His first voyage to the Tahitian islands took place from 1768-1771. It was during this exploration that Cook was first introduced to the practice of tattooing.

The word tattoo is derived from the Tahitian/Polynesian word tatau, which means ‘to mark.’ The tribal term has been in use for centuries – and long before Captain James Cook borrowed the word, eventually turning it into what we now know as the word tattoo. It is thought that the word was used long before Captain James Cook – approximately 150 years before – but Cook was the first to actually document the terminology during his travels.

At the time of Captain James Cook’s journey to the islands, tattooing in the Western world was nonexistent. The practice had been banned by Pope Hadrian I in the mid 700s, being deemed sacrilegious to disfigure or alter God’s likeness (the human body) by placing permanent marks on the body. As this belief absorbed into the Christian religion, tattooing in Europe and other Christian nations ceased. Surrounding cultures, such as Asia, believed only the unworthy (mainly criminals) were tattooed, and therefore did not share in the practice either.

When Captain James Cook and his crew arrived on the islands in the late 1700s, it was no surprise that they were taken aback by the expansively tattooed Tahitians residing there. Completely stunned, Cook documented these spectacular people in his travel logs. Searching for a word to write, he listened to the natives and compared the word with one of his own. At the time of Cook’s journaling, tattoo was actually a military term used to describe the brisk, rhythmic knocking that took place during the ‘closing of the taps’ at the local taverns – this sound, usually a drumbeat, called military men back to their quarters; similar to a last call. To Cook, the sound of the closing of the taps and the sound made during the actual inking process used by the tribesmen were comparable. Considering that the words for both sounds, tattoo and tatau, both sounded alike it is believed that Cook substituted his own English word for the Tahitian word.

When Captain James Cook and his men returned home, they indulged society with their stories of the heavily tattooed people. Cook’s journals became quite popular due to their fanciful tales and stunning details, and are currently the earliest written use of the word tattoo as its present definition.

Of course, Cook’s return did not prompt the word to be immediately accepted at its current use. While he first began using the word in 1769 to document the process, the Western world did not hear of it until 1771. At this point, it was still quite uncommon in general usage; however, as expeditions continued to travel between the South Pacific and the British Isles, the word quickly picked up in recognition. Some sailors returned home with the markings, as tribute to their travels. Other voyages actually returned with tattooed natives onboard – showing them off to the civilized world.

As the usage became more widespread, it was eventually acknowledged by the masters of the English language – Merriam-Webster. The word tattoo was officially added to their dictionary in 1777, six years after Cook’s adoption of the word. The official definition of the word is now as follows:

“1. a rapid rhythmic rapping, a call sounded shortly before taps as notice to go to quarters, outdoor military exercise given by troops as evening entertainment.

2. to beat or rap rhythmically on, drum on, intransitive verb, to give a series of rhythmic taps.

3. to mark or color (the skin) with tattoos, to mark the skin with (a tattoo), the act of tattooing :  the fact of being tattooed, an indelible mark or figure fixed upon the body by insertion of pigment under the
skin or by production of scars, to mark the body with a picture or pattern by using a needle to put color under the skin.”

Captain James Cook, vital contributor to the modern day tattoo practice, unfortunately isn’t as well known as perhaps he should be. But, we can set out to change that. It’s all a matter of perspective. Just think – if Captain Cook hadn’t made his journey to and from the South Pacific islands that were still practicing tattooing after the Christian ban, who knows what the cultural standard would be like now? 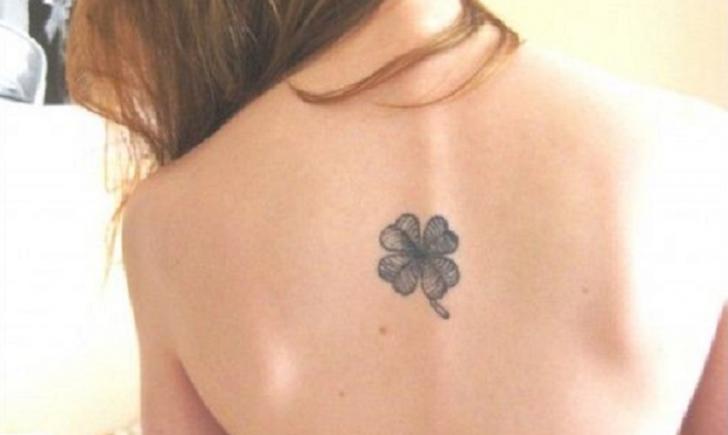