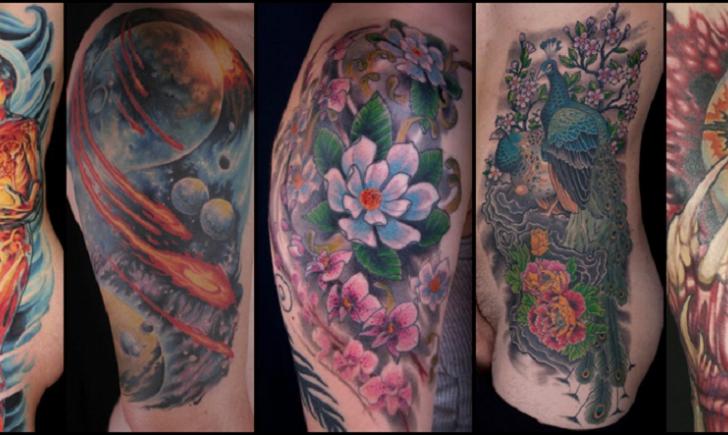 Arm tattoos are a popular choice for many people, especially for men. Men are able to show off these tattoos easily and have them in plain sight. They are masculine and is a great way for him to show off those biceps. They can vary from words on the forearm to a sleeve of art. There are numerous different trendy options for this part of the body. The following are brilliant arm tattoos themes and ideas for men.

One of the most popular arm tattoo designs, or tattoo style in general, is that of tribal art. Whether or not a man is part of a specific tribe or just likes the powerful design – it’s an awesome tattoo idea, sure to get attention. Maori tribal tattoos are a top choice for many individuals who would like something that represents power and strength. Historically, boys within the Maori tribes in New Zealand received a tattoo for the first time when they completed a particularly difficult task. He was not considered to be a man if he did not complete this risky task. Dragons are mythical creatures that are beloved by children and adults alike. A dragon tattoo symbolizes loyalty, a fierce attitude, and strength. There are a wide variety of dragon types from which to choose for a tattoo, including but not limited to Chinese, Japanese, Greek, and German, as well as Medieval styles.

Men typically have a long-time love of all things superhero. Maybe you have a favorite superhero since you were a child, such as Spiderman or Batman. If you have a deep connection to it and want to express that through your tattoo, you can either come up with a personalized design by adapting an existing logo or image, or just go for the image itself that you find and like. Words to live by…. Do you have a desire to have a word on your arm forever? Maybe a deceased loved one’s name, or something that holds a great deal of meaning for you such as “Love” or “Faith”, or words to ‘live by’. There are so many fonts in existence, that even the same word can look different on numerous different people. 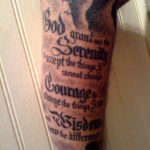