posted by ROCKwell UnScene
Written by and pics by Melissa #MischievousMel Anderson
There are very few young female-fronted bands and voices that get the props that they deserve on stage. We live in a time where it is not only the voice, but the “look”, the stage show, and the showmanship that is often highlighted above the talent. You get it. You see it all the time… you’ve got to look as good, or better than you sound. Meet Diamante… not only does she prove her vocal talents on stage with strength, range, and power, she has the bold look and beauty to match, but not overshadow her sound. I was a first-timer, a newbie, seeing Diamante as she and her band opened for Breaking Benjamin. She certainly earned me as a fan. My first impressions of her were that she was a mix between New Years Day meets Tonight Alive with a dash of Joan Jett. Diamante is young in age and talented beyond her years. She is someone to keep your eyes and ears on because she has the talent to be a staple in the music world. For more info and to pick up some merch, check her out online by clicking Diamante

Following Diamante was Dorothy, another female-fronted band who proves that their lead vocalist is more than a beautiful stage prop. This band is bursting at the seams with talent and another band proving that ladies can rock with the guys, and make just as much of a punch. You can take a piece of Dorothy home with you when you pick up her album ‘28 Days In The Valley‘, out now.

As the blinding sun was setting, Three Days Grace hit the stage. Their set included fans singing almost every word to songs brand new and old. What it must be like to look out and see the wall of people at Dos Equis Pavilion in Dallas, TX, hearing your own songs sung back to you. What can I say about this set other than WOW. Judging by the crowd, I know I am not the only fan to come to this conclusion. Grab a copy of their latest album ‘Outsider‘ at a show or online.

Chevelle was direct support for Breaking Benjamin. One of the main reasons why this tour has been so successful is because bands like Three Days Grace and Chevelle often headline their own tours, giving fans 3 legitimate headliners for the price of 1. Chevelle has made its mark in the music scene since the late ’90s as one of the top Rock/Alternative bands in the music world. They are a band whose fans are loyal to the end. But it is not hard to be a loyal fan to a band that puts out great music, epic live shows, and stays relevant in the scene, not just by playing live, but also releasing new music. They crank out new tunes on a regular and keep the rock a comin’. Be sure to grab ‘12 Bloody Spies: B-Sides And Rarities‘, out now.

Breaking Benjamin… I could write a book on how awesome this band is. With lyrics that are deep enough to make you feel them to the bone and touch your soul, mixed with a sound that gets you up in the pit and body passing, Breaking Benjamin is on a different level. They have truly proved themselves as rock icons and in my opinion, one of the top 5 bands in the world. You may disagree but think of it this way. Every station you turn on from rock stations to mainstream, to metal, to faith channels, there is a 100% chance you will hear a Breaking Benjamin song. This band not only has fans of all ages, but also of all musical tastes. If that were not enough, the band puts on a show that cranks the epic meter up to 12 on a scale of 1 to 5. The music is not just fueled by passion, the talent on stage of each of the band members is also combined with chemistry between bandmates that very few if any bands have. Breaking Benjamin is also a band that has a legion of fans. The fans are not only loyal, but the fans can also often be heard telling stories of how the songs have touched them in many ways. I have seen fans cry while meeting the band. I have seen big burly dudes leave in a puddle after chatting with the guys, and I always see countless tattoos of the band’s logo (and often lyrics) – which I think is the ultimate show of fandom. I had a lady tell me she thought she was going to pass out and could not breathe before meeting the band. Let’s face it, Breaking Benjamin fans know the show is not just music set to random words, it is a lyrical reflection of life set to an audio and visual experience.

That brings me to Breaking Benjamin on stage at Dos Equis in Dallas, Texas. The crowd went bat shit crazy… the pyro, the smoke, and the badass musicianship left show-goers with priceless memories and eager for the bands return to Dallas. If you were in the crowd, you know what I am talking about. If you were not, make sure you do not miss them when they come your way again. If you haven’t yet, pick up the bands latest album ‘Ember‘ out now on Hollywood Records. 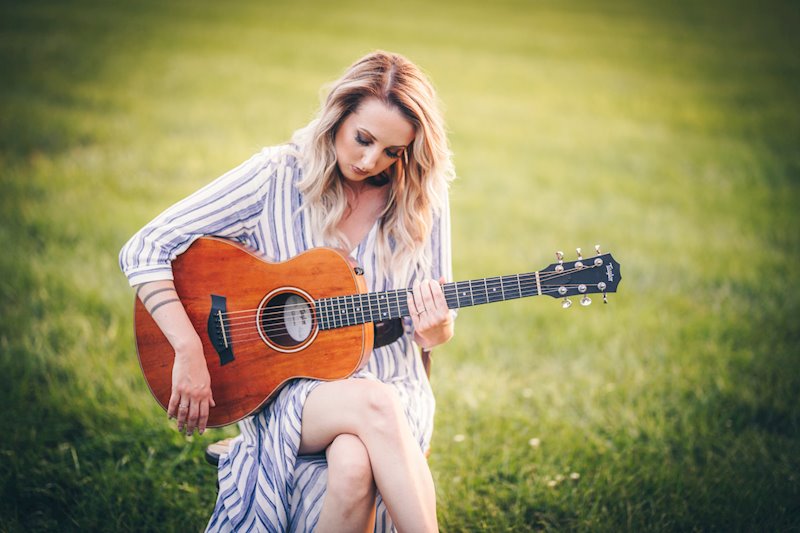 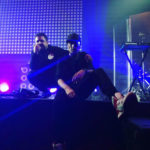