To mark the fourth outing of the Blue Ridge Rock Festival, PURPOSE DRIVEN EVENTS has amassed a line-up of 180+ bands for the September 9–12 event at Blue Ridge Amphitheater, a long-awaited large-scale concert venue in Southwest Virginia.

The 2021 line-up includes headliners Five Finger Death Punch, Rob Zombie, Shinedown, Breaking Benjamin, Limp Bizkit and more than 180 bands who will appear on six stages over four days. The weekend-long event will also include additional onsite activities and activations. Special features include Club Experience–a first-ever, one-of-a-kind soundproofed club at a rock festival. Headliners for this special club include headliner Ludacris, T-Pain, and Lil Jon. Also on tap: the Hellzapoppin Circus Sideshow Revue, a vaudeville freak show of wonder by Hellzapoppin‘s Ringleader and Producer, Mr. Bryce ‘The Govna’ Graves. In addition, excitingly, the festival will be hosted by Steve-O: delivering stunts, comedy, and emcee duties for the first time ever at a rock festival; and special guest Lou Brutus. 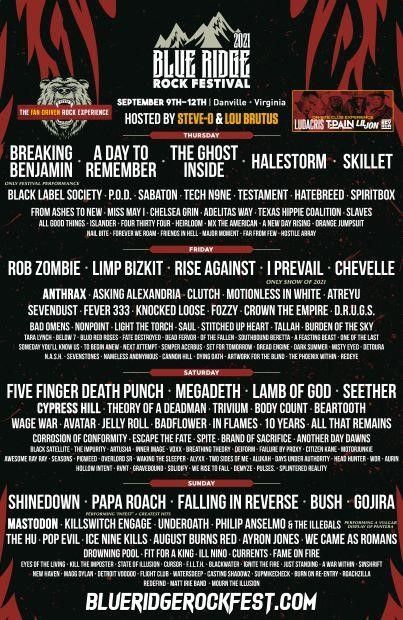 Tickets for BLUE RIDGE ROCK FESTIVAL start at just $65 with single day, weekend passes are available from $165 and single-day parking is priced at $20. Other amenities include on site camping (RV or car), hotel and tickets packages, onsite parking and locker rentals. Military and first responder discounts are also available. Additional details including all ticketing info can be found here. Follow on social media Facebook, Instagram and Twitter

“What is taking place with Blue Ridge Rock Festival this year is truly humbling, and very special,” says PURPOSE DRIVEN EVENTS’ Chief Executive Officer JONATHAN SLYE. “The entire event is centered around a mission that resonates in a profound way with the fans. We are working around the clock to constantly innovate, listen to our fans, and fight for our passionate community. The rapid, organic growth of Blue Ridge from 3,500 attendees on our first weekend, to an already near sell-out of 150,000 this year is a true testament to that.”

PURPOSE DRIVEN EVENTS is the new umbrella organization for events led by Chief Executive Officer Jonathan Slye. The name of the entity falls in line with their mission to provide a purpose behind each event produced that goes far beyond just music. With their headquarters in small town Virginia, and originating from a decade of very humble beginnings, the group continues to expand its footprint and is developing into one of the fastest rising promoters in the industry. The company and Slye are best known for producing the annual Blue Ridge Rock Festival, a locally developed event founded in Central Virginia and known as ‘The Fan Driven Rock Experience.’ Following the event’s breakout year in 2019, Blue Ridge became a full-time operation heading into last year. Though the top eleven acts were never announced for the 2020 iteration, the festival was forced to postpone due to the pandemic. While live events have largely disappeared over the last year, Purpose Driven Events has expanded significantly in that time. The company now has a full staff successfully recruiting over a dozen major players in the music business from across the country, to join their team locally to maximize results. Beyond the recent acquisition of the Blue Ridge Amphitheater, PURPOSE DRIVEN EVENTS also includes ownership of six festivals, their recently acquired 1,700 capacity concert hall, The Ridge, opening in late 2021.

Tickets for BLUE RIDGE ROCK FESTIVAL start at just $65 with single day, weekend passes are available from $165 and single-day parking is priced at $20. Other amenities include on site camping (RV or car), hotel and tickets packages, onsite parking and locker rentals. Military and first responder discounts are also available. Additional details including all ticketing info can be found here. Follow on social media Facebook, Instagram and Twitter 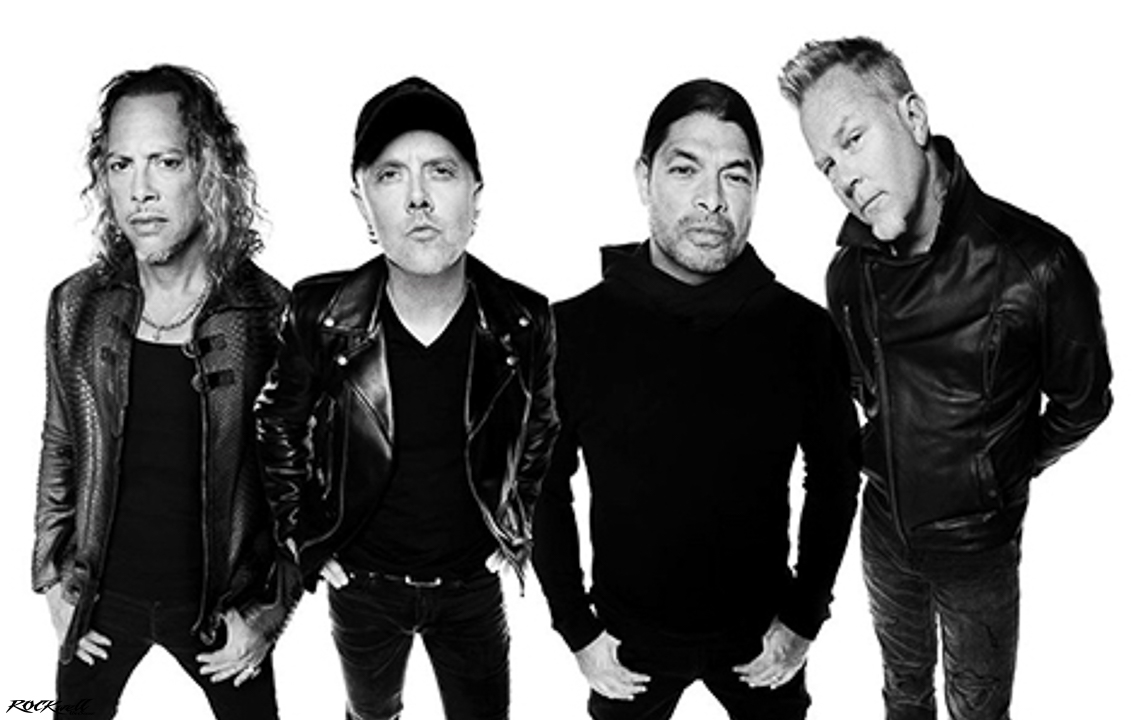