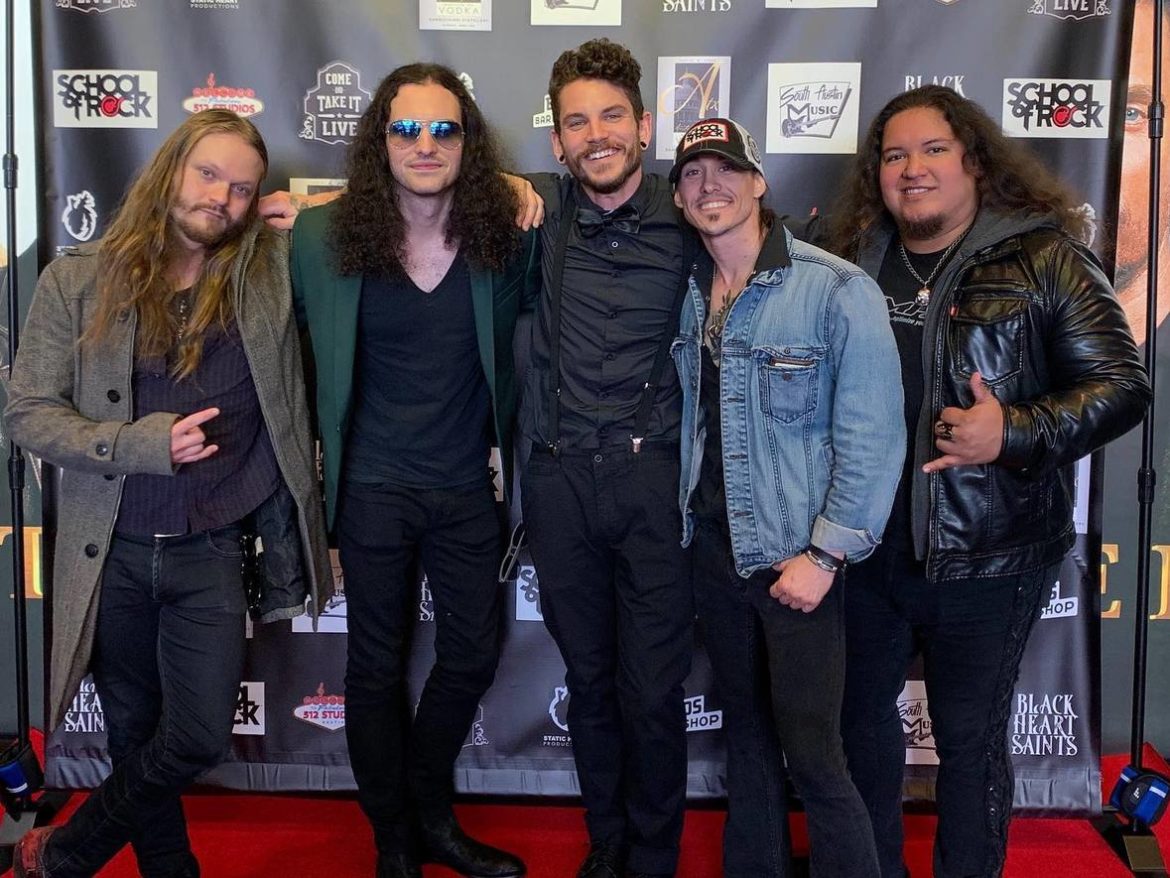 Austin Music Award-winning band BLACK HEART SAINTS has just released the fourth and final installment from their new Misery EP — a blistering Southern hard rock tune that masterfully melds the soulfulness of THE BLACK CROWES with the sheer heaviness of SOUNDGARDEN.

The music video for “Misery” takes a darker tone than the previous installments of the series, touching upon such topics as addiction and depression. All four music videos from the Misery EP were shown as part of a film premiere at Alamo Drafthouse in Austin, TX earlier this month, which featured a red carpet and a curated drink menu.

Black Heart Saints has continued to turn heads around the country, and will be featured as part of Sweetwater Studio’s Master Class program — a specialized recording class available to the public that recently hosted such names as ANTHRAX and ERIC JOHNSON. 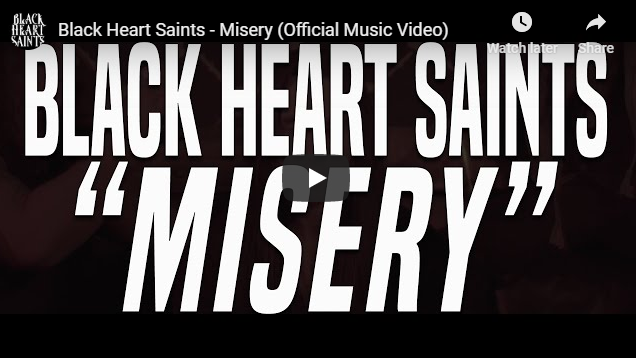 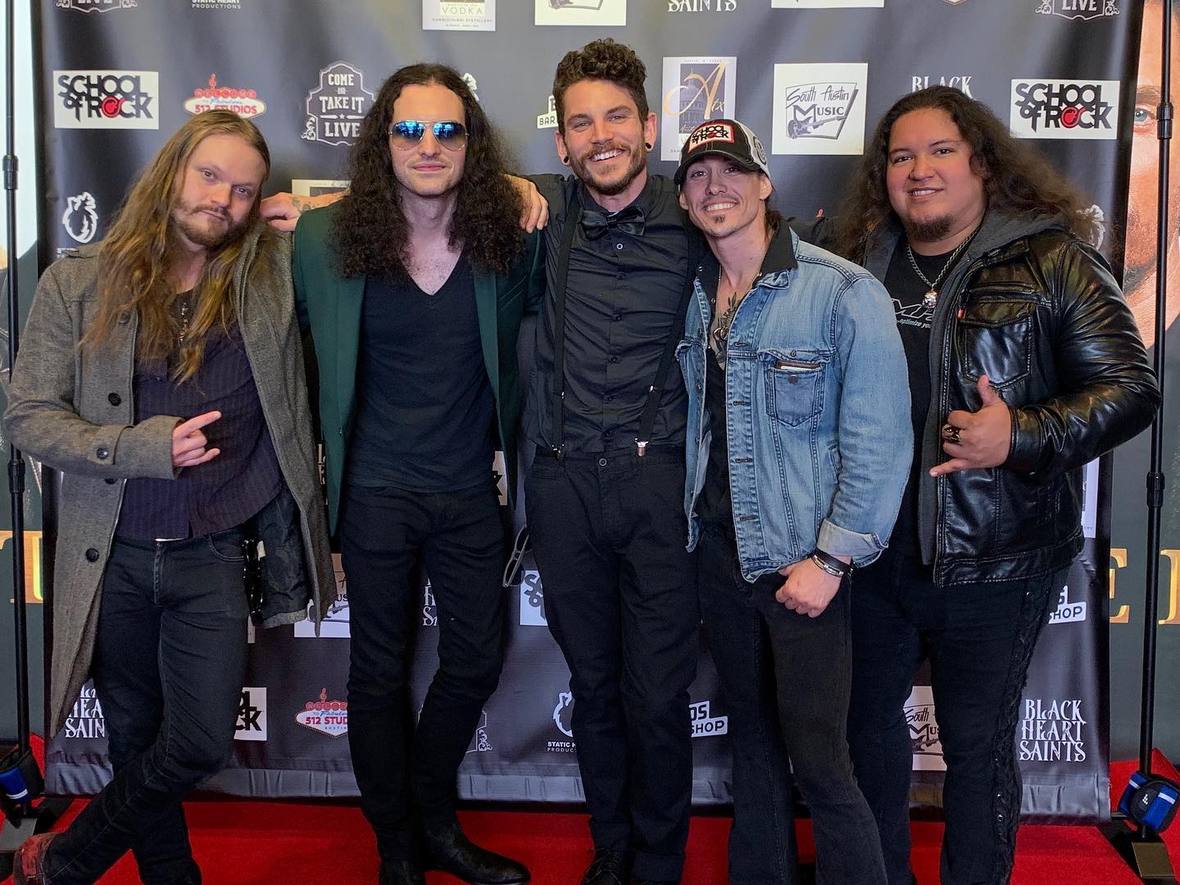 After debuting at South by Southwest Festival, this powerhouse quartet has been building a solid reputation as a support act for national touring bands such as Slash featuring Myles Kennedy & The Conspirators, Sevendust, Steel Panther, Pop Evil, Buckcherry, Stryper, Dirty Honey, and more.

Quickly conquering some of the biggest stages and festivals in the United States, Black Heart Saints has built an impressive resume, and has been recognized as one of the nation’s top emerging rock acts:

In 2018, Black Heart Saints embarked on an extensive tour to the West Coast beginning in January, which included a highlight performance at the legendary Viper Room in West Hollywood, California. On April 12th, 2018, Austin City Council and Mayor Steve Adler officially proclaimed April 12th to be “Black Heart Saints Day.”

After being tapped to open for Steel Panther, Slash, and Pop Evil throughout 2018 and 2019, Black Heart Saints has been dominating stages in their native Texas, with highlight performances at prestigious venues such as the House of Blues in Houston, Texas.

The band’s latest release, Misery EP, which features an accompanying film based on the band’s music, has received rave reviews:

“When I first heard opening track ‘Lines’ I knew Black Heart Saints were onto another winner. The song, which comes across like a heavier take on ‘Southern Harmony-era’ Black Crowes, is something special indeed and a great way to start this four track EP. Just to make sure you are sat up and paying attention then ‘Crazy’ muscles in, it’s a big-riffed stomper that smashes the door down making it another great opening to a Saints’ release.” – The Rock Pit (Australia)

“Take advantage of this now. Hit those local shows while you still can, grab that grainy IG video proof and a moment to meet & greet the guys before they’re selling out stadiums and you miss that opportunity.” – Kail Rose (dRiFFt) 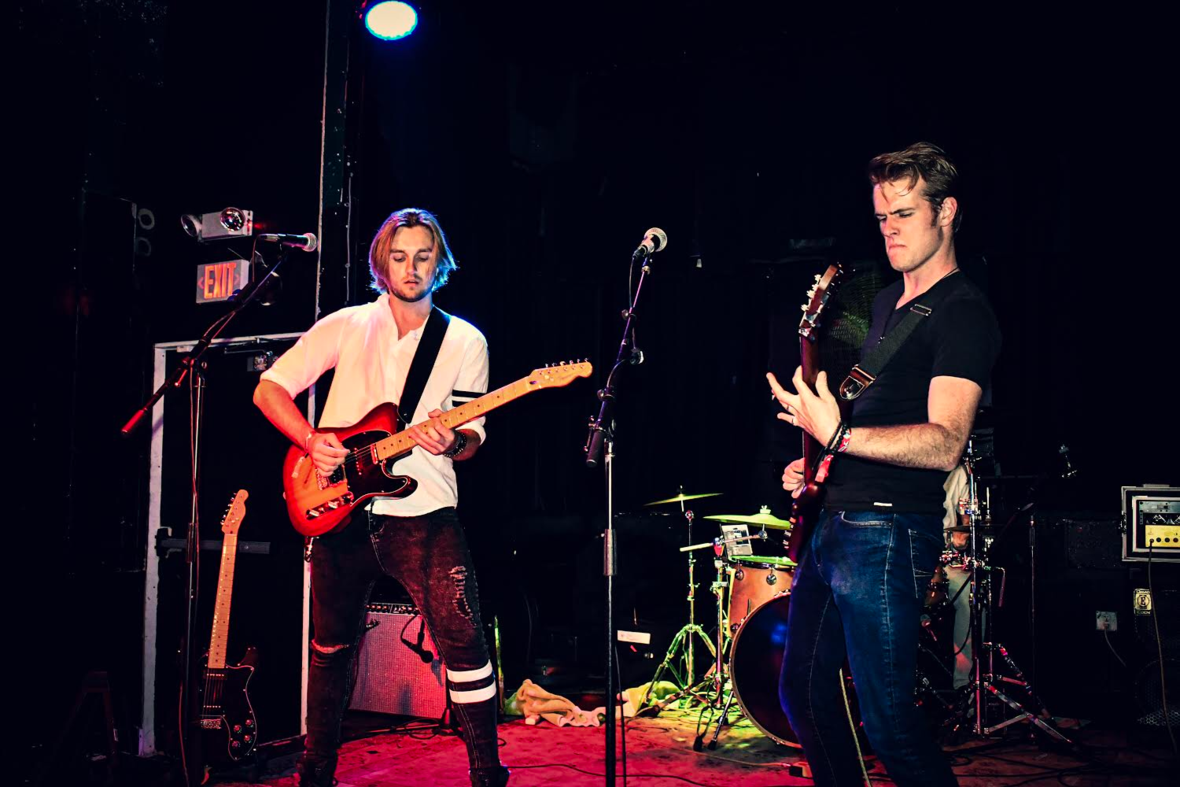 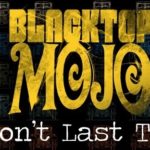