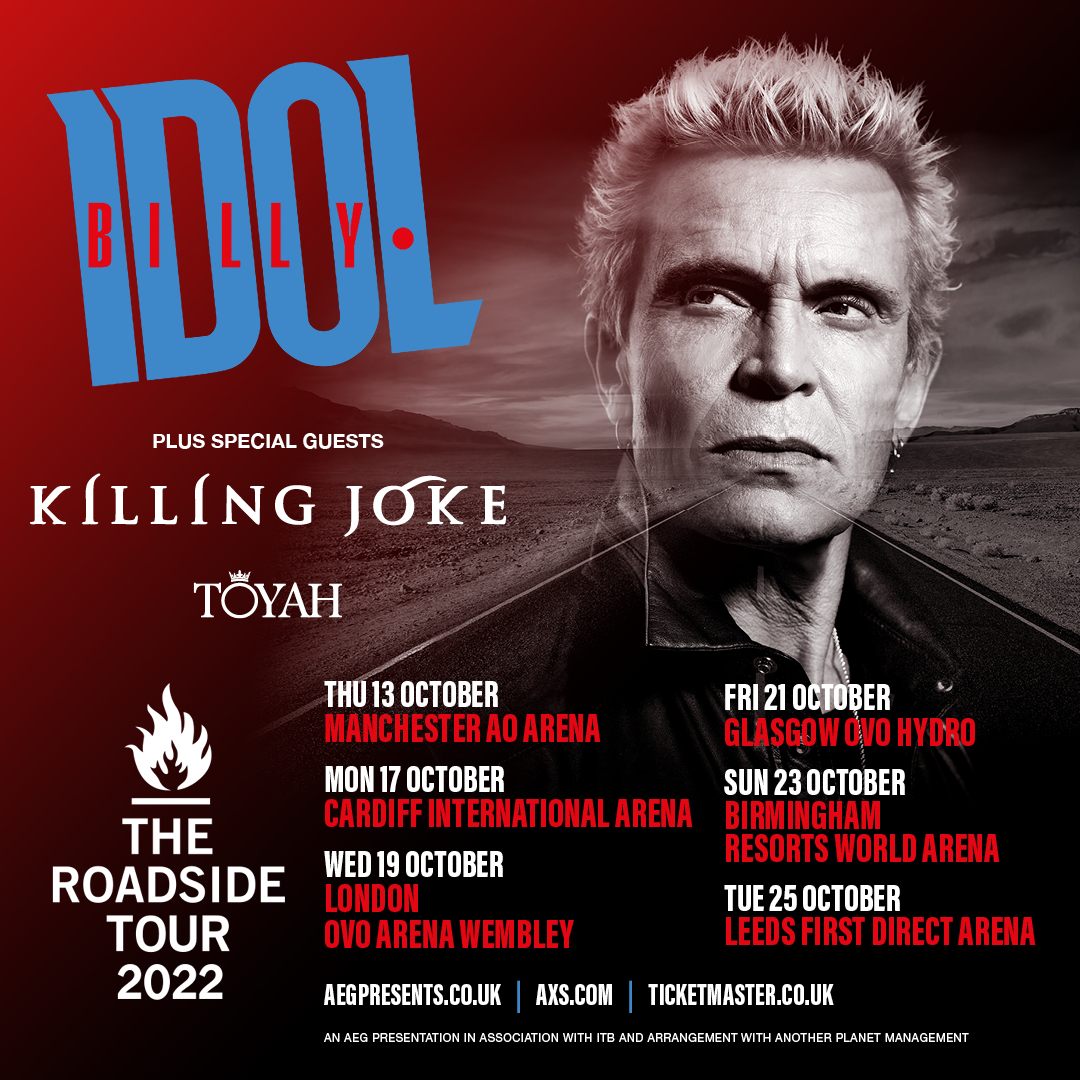 Billy Idol is bringing his The Roadside Tour 2022, to the UK from 13th October. Killing Joke are delighted to be announced as special guests for the tour, after Television were forced to make a late withdrawal, alongside Billy’s other tour guest Toyah.

Television are disappointed to announce: “Unfortunately due to illness, we have to cancel the forthcoming UK tour with Billy Idol. We send our deepest apologies to any fans who have bought tickets”.

Billy will be heading out with some new music and a stack of timeless classics for his first appearances in the UK since 2018 and will play 6 Arena dates.

“Just when you think it’s all over, I’d been missing my brothers in Killing Joke and then this opportunity came up. Looking forward to seeing everyone next week, 1 days rehearsal and a secret gig somewhere in the U.K. Lets get stuck in” Jaz Coleman, October 22.”

The ever-popular Toyah will bring an extra sense of fun to the tour. Alongside a flourishing acting career, Toyah carved out a successful musical career with three top ten UK hit singles in the 1980s and the Gold-selling album Anthem.

“We’re looking forward to having Killing Joke and Toyah join us in the UK,” said Billy. “This is going to be an epic show!”

“I am thrilled to be opening for Billy Idol on The Roadside Tour,” an excited Toyah commented. “Billy is an icon whose music has thrilled millions worldwide and continues to do so. Billy has created a style of rock that has gone on to inspire generation after generation. ‘Rebel Yell, ‘White Wedding’ and ‘Mony Mony’ are up there with the all-time greats.” 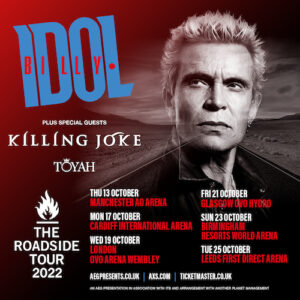 Tickets for The Roadside Tour 2022 can be purchased HERE. All existing tickets are valid for the revised dates. 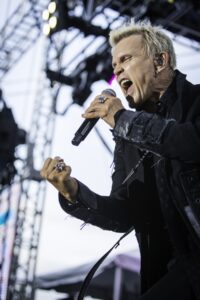 For forty-five years, Billy Idol has been one of the faces and voices of rock’n’roll, with an artistic resume to match the brilliant light of the image. First as the camera-ready front man for Generation X, between 1977 and 1981 Idol emerged with three albums that made positivity, emotional depth, and high pop synonymous with punk rock. In 1982, Idol embarked on a remarkable transatlantic/trans-genre solo career that integrated clubland throb, wide-screen depth and drama, rockabilly desperation, the bold and simple lines of punk, and rock’n’roll decadence. Embracing the new MTV music channel, videos for White Wedding, Rebel Yell and Eyes Without A Face established Idol as one of the iconic performers of his generation, a position he still holds today. 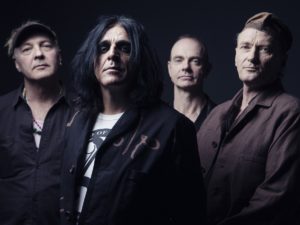 Killing Joke emerged in the post-punk early 1980s, their eponymous debut album exhibiting funky heavy rock influences before electronic and synth-pop styles also filtered through their music. They would, in turn, influence later generations including Metallica, Nirvana and Soundgarden. Love Like Blood would give Killing Joke their greatest commercial success, a hit across Europe, peaking at #16 in the UK singles chart in 1985. Jaz Coleman (vocals, keyboards) and Geordie Walker (guitar) have been ever-constant members of the line-up and have been reunited with fellow founder members Paul Ferguson (drums) and Youth (bass guitar) since 2008.

In furthering an acting career, Toyah left her native Birmingham for London and enjoyed a 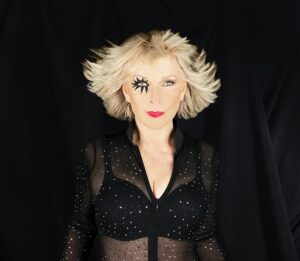 parallel musical career fronting her band, named Toyah, before establishing herself as a solo artist. Toyah had three UK Top Ten hits with It’s A Mystery, I Want To Be Free and Thunder In The Mountains and won Best Female Singer in the 1982 British Rock & Pop Awards, that later went on to become The Brits.  Her hit albums include the 2021 top 25-charting ‘Posh Pop,’ The Changeling and the gold-selling ‘Anthem’ which receives a remastered reissue in September 2022. Along with husband Robert Fripp, the couple have scored over 110 million of hits on YouTube with their Racey Sunday Lunch series of weekly musical shorts. 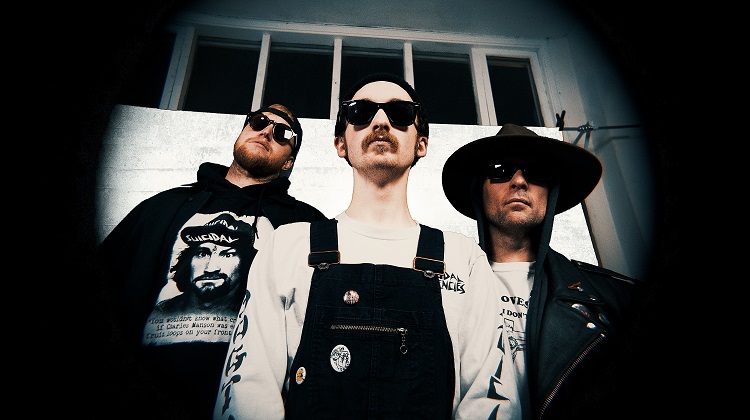 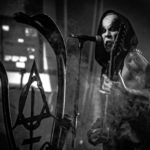