Toronto is one of Canada’s biggest and culturally diverse cities, which makes it one of the top places in the world to visit. It is soaked in art and unique ideas, which makes it a very attractive destination to fellow hungry artists in need of an experience to remember. Toronto is a giant melting pot for color and vibrant personalities, and that can very well be seen in the various small businesses that are peppered liberally throughout the metro. Here are some of the best Toronto tattoo shops that just also happen to be some of the best in the world.

Chronic Ink is a world class tattoo shop located in Toronto. They aim to create the world’s greatest tattoos and see ink as a therapy rather than just a hobby. The shop opened in August of 2008 and has since won over 70 awards for their superb work in the body art industry. They currently have two locations in both Toronto and Markham where they promote ink as a form of poetry on the skin. If there was ever a staff that was truly passionate about their craft, it would be the artists at Chronic Ink. The specialize in all styles and put forth every ounce of effort possible into each piece.

Seven Crowns Tattoo is a low-key and fairly private shop located in mid-town Toronto. The shop was founded by Matthew Ellis and George Brown III and has been marketed as a secret society of some of the world’s finest tattoo art. Their work is rather mystical by nature, and the artists appear to favor more supernatural inspired designs. Along with the owners, other fine artists at Seven Crowns Tattoo include Savannah Parent, Mike Beddome, Robyn Lee, and Sinead Stewart. While there is a certain theme to the shop, the staff is well-equipped to handle any style request the client may have.

Golden Iron Tattoo Studio is a Downtown Toronto ink shop that was founded in 2011. Inspired by Chinese culture, Golden Iron offers the finest black and grey, large scale, and traditional Asian art pieces in the city. Since 2013 the shop has earned over 100 awards for their services and promoted tattooing as a lifestyle rather than just a business. The shop has produced such a high volume of outstanding quality tattoos over the years that it is considered to be more of a “fine art factory.” 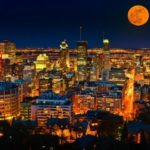